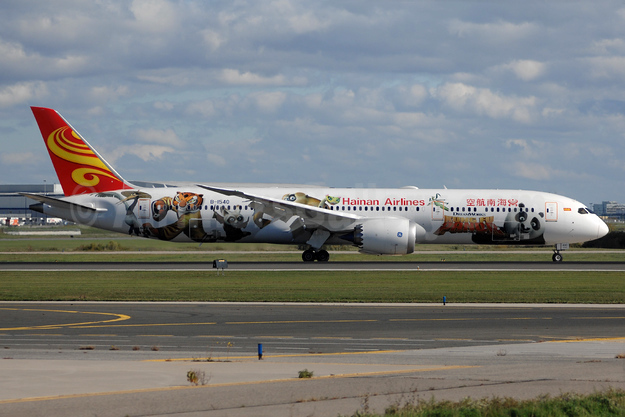 On the occasion of its inaugural Boeing 787-9 flight to North America, Hainan Airlines announced on June 30, 2016 a new collaboration with DreamWorks Animation to feature the “Kung Fu Panda” film franchise on Hainan’s award-winning fleet, which provides nonstop service between China and seven North American destinations.

The agreement will include up to six specially designed “Kung Fu Panda”-themed liveries for Hainan’s new Boeing 787-9 Dreamliners, delivered in 2016 and 2017. These full-wrap designs will showcase characters and scenes from the blockbuster film franchise, including Po, Tigress, Monkey and others, and will remain for a three-year period.

“The ‘Kung Fu Panda’ story is deeply rooted in Chinese history, culture and society,” said Hou Wei, Vice President of Marketing at Hainan Airlines. “We are excited to partner with an iconic American movie studio and strengthen the bridge connecting China and North America. Hainan Airlines is proud to extend its elite experience and top-rated customer service to celebrate these outstanding films and characters.”

“Stay tuned for an exciting opportunity for fans of “Kung Fu Panda”, Hainan and Boeing to be a part of this landmark collaboration,” continued Mr. Hou. “We will make an announcement soon about how you can create an original piece of aviation history.”

The inaugural flight of Hainan’s first 787-9 Dreamliner to Los Angeles is a nod to the home of DreamWorks Animation, the Hollywood studio that produced the “Kung Fu Panda” movies. Hainan is China’s only airline to operate both the 787-8 and now the newest 787-9 Dreamliner in its fleet. The larger 787-9 features 289 seats in a two-class configuration and is an update to Boeing’s industry-leading airplane, which includes features such as Wi-Fi and an all new personal entertainment system.

When “Kung Fu Panda 3” was released in early 2016, two versions of the movie were created, one with animation that matched the English audio, one with Chinese-language animation, a first for an animated feature. ‘Kung Fu Panda 3’ is the first film co-produced by DreamWorks’ Shanghai-based venture Oriental DreamWorks, established in 2012. All three “Kung Fu Panda” films will be available on demand on board Hainan’s Dreamliners this summer.

“We are thrilled to team with Hainan for this exciting collaboration which connects ‘Kung Fu Panda’ to fans and travelers in an entirely new way,” said Mimi Slavin, Head of Global Promotions, DreamWorks Animation. “This campaign reinforces DreamWorks Animation’s ongoing commitment to the Chinese market and only serves to further enhance our connections to fans throughout Asia and around the world.”

Hainan Airlines is Mainland China’s largest independent airline, and is the only Mainland Chinese airline with a perfect five-star rating from Skytrax, the international airline ratings agency, five years in a row. The airline is expanding its North American service, flying nonstop between China and Seattle, Silicon Valley (SJC), Los Angeles (LAX), Chicago, Boston and Toronto. Today, Hainan also inaugurates its nonstop service between Calgary (YYC) and Beijing, the first airline to fly nonstop between Calgary and China.

Business class passengers enjoy priority check-in and luxurious seats that convert to fully-flat beds. Gourmet Chinese and Western cuisine as well as award-winning wines, freshly brewed espresso and high-quality tea are available. Amenity kits feature Bulgari® cosmetics. Premium passengers can also reserve complimentary private chauffeured car service between home, the airport and their destination in both the U.S. and China. A state of the art entertainment system offers over 100 movies, audio selections and games on demand for all passengers.

Wow Air has announced it will launch daily Airbus A321 service to the New York area on November 25, 2016 when it starts Keflavik – Newark flights. 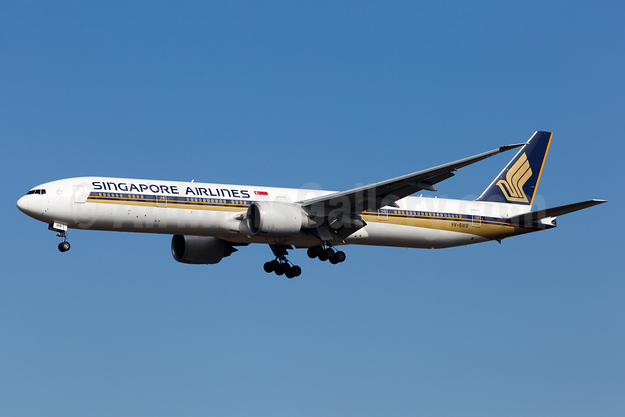 The flight returned to the Singapore base and on landing, the right, number 2, engine caught on fire. The right wing was engulfed in flames. The fire was reportedly extinguished in 15 minutes. There were no reported injuries. 9V-SWB was significantly damaged.

WestJet has announced new flights from Edmonton, AB, to Hamilton, ON, and Winnipeg, MB, to Kelowna, BC. Flights are available for sale as of Monday June 27, 2016 , with service commencing July 28, 2016.

Flights will be operated on WestJet’s Boeing 737 aircraft.

In March 2016, the Canadian Transportation Agency (CTA) completed its review of licensing regulations and determined that, as a reseller of air services, NewLeaf Travel Company is not required to hold an airline license. Flights booked through NewLeaf will be operated by Flair Airlines, a licensed Canadian airline with an experienced crew and pilots flying Boeing 737‐400 passenger jets.

As an ultra‐low cost travel company, NewLeaf will work with Flair Airlines (above) to offer base fares that are significantly less than other Canadian carriers. It will achieve this through cost‐saving measures such as operating out of airports with lower landing fees; flying a simple point‐to‐point network with minimal time between flights; and offering customers à la carte purchase of options such as carry-on and checked baggage, priority boarding, and call centre assistance for a fee.

Flights will be operated with fuel-efficient Boeing 737 aircraft.