Delta Air Lines and Korean Air have reached an agreement to deepen their historic partnership, with an expanded trans-Pacific network that will increase travel choices and boost competition between the U.S. and Asia.

The airlines signed a memorandum of understanding to implement a joint venture arrangement, which will offer customers access to the most comprehensive route network, industry-leading airline products, world-class airport facilities and a seamless customer experience.

Highlights of the agreement, subject to regulatory approvals, include:

The intent to create a fully integrated trans-Pacific joint venture arrangement, with both airlines sharing the costs and revenues on flights and coordinating schedules for seamless, convenient connections.

A combined network, serving more than 290 destinations in the Americas and more than 80 in Asia, providing customers of both airlines with more travel choices than ever before.

Upon the signing of the final joint venture arrangement, Delta and Korean Air will work together to implement all aspects of the enhanced co-operation including expanded codesharing, frequent flyer programs and joint growth in the trans-Pacific market, with co-location at key hubs with seamless passenger and baggage transit experience.

Delta will be launching new nonstop service between Atlanta and Seoul in June 2017, a flight that complements Korean Air’s existing service, providing customers in the U.S. with greater access to destinations across Asia.

At the same time Korean Air will continue to expand its U.S. – Korea network in summer 2017 with the introduction of a third roundtrip between Los Angeles and Seoul, as well as a second flight between San Francisco and Seoul. 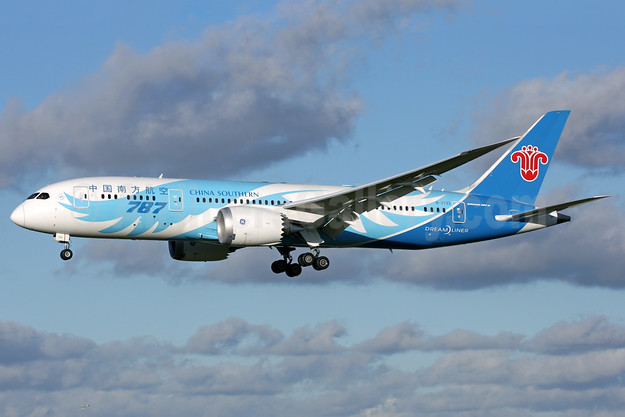 American Airlines on March 28, 2017announced it has committed to make a $200 million (US) equity investment in China Southern Airlines, creating a strong foundation for a long-term relationship between two of the world’s biggest carriers. China Southern is the largest airline in China and is the ideal carrier for American, the largest airline in the world, to build a relationship within this critically important market.

China Southern’s primary hub is located in Guangzhou (CAN) with the majority of its transpacific flights positioned there, while American flies to Beijing (PEK) and Shanghai (PVG) from its hubs in Chicago (ORD), Dallas Fort Worth (DFW) and Los Angeles (LAX). The carriers are planning to give travelers not only the amenities, features and the products that they want at different price points, but also a bigger network that serves the markets to which they want to travel.

Later this year, the two carriers expect to begin codeshare and interline agreements that will give customers access to many more destinations in China, as well as North and South America. American customers will be able to access nearly 40 destinations beyond Beijing and more than 30 destinations beyond Shanghai. China Southern customers will gain access to almost 80 destinations beyond LAX, San Francisco (SFO), and New York’s Kennedy Airport (JFK) in North and South America. The expected codeshare routes are anticipated to include the ability to earn and redeem AAdvantage® Miles, through-bag checking and the ability to book travel on a single ticket. The planned routes operating under the interline agreement are anticipated to include through-bag checking to the traveler’s final destination.

American currently offers daily service from DFW to Hong Kong (HKG), PEK and PVG; LAX to HKG and PVG; and ORD to PEK and PVG. All flights to PEK and PVG are operated on the airline’s state-of-the-art Boeing 787-8 Dreamliner (below), while its HKG flights are operated using its flagship Boeing 777-300. American also has Chinese-speaking flight attendants and offers fully lie-flat seats in first and business class cabins on all of its transpacific flights between China and the U.S. 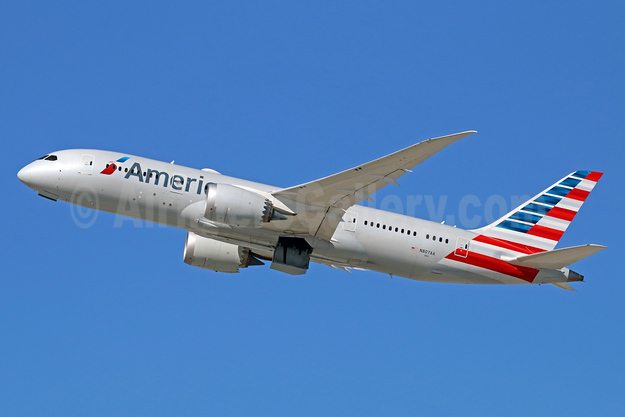 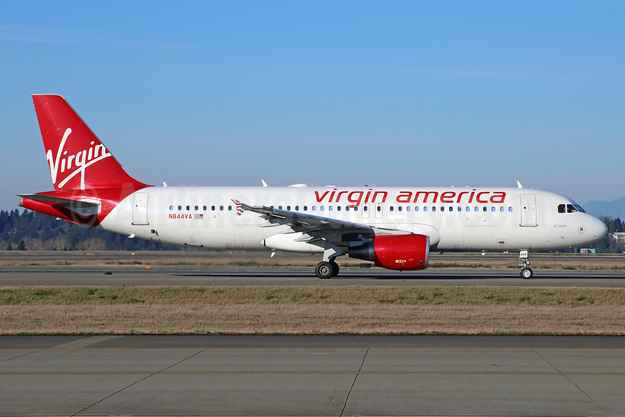 Alaska Airlines and Virgin America on March 22, 2017 shared their vision for the future of the combined carrier, as the company solidifies its status as the West Coast’s premier airline.

After careful consideration, the combined company will adopt Alaska’s name and logo, retiring the Virgin America name likely sometime in 2019. However, the combined airline will adopt many of the brand elements that Virgin America enthusiasts love about their favorite airline, including enhanced in-flight entertainment, mood lighting, music and the relentless desire to make flying a different experience for guests. The goal is to create a warm and welcoming West Coast-inspired vibe.

Alaska has been actively growing the airlines’ newly combined networks since closing the merger in December. Earlier this month, the airline announced 21 new markets with 25 new daily departures out of San Francisco, San Diego, Los Angeles and San Jose, California – marking the largest addition of routes in the company’s history. 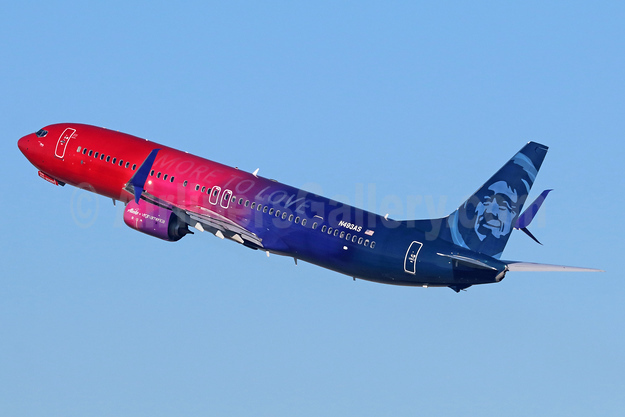 In addition to low fares, network growth and award-winning service, Alaska will spend the next few years making major enhancements to its already award-winning guest experience and incorporating favorite elements of the Virgin America experience.

Alaska Airlines and Virgin America along with their regional partners, fly 40 million customers a year to 118 destinations with an average of 1,200 daily flights across the United States and to Mexico, Canada, Costa Rica and Cuba. 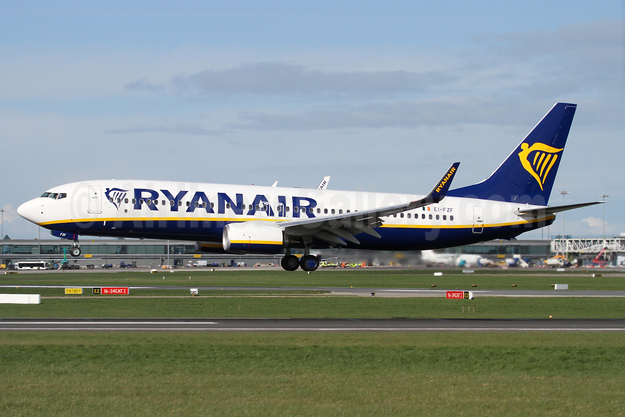 Ryanair and Boeing on March 20, 2017 celebrated the delivery of the airline’s 450th Next-Generation 737-800. This significant milestone has been reached in less than two decades, with the Irish low-cost carrier taking an average delivery of 25 737-800s per year since 1999.

With more than 80 unfilled orders for Next-Generation 737-800s, Ryanair is also the launch customer for the 737 MAX 200, with 100 unfilled orders. The 737 MAX 200 can accommodate up to 200 seats, increasing revenue potential and providing airlines with up to 20 percent better fuel efficiency per seat than today’s most efficient single-aisle airplanes.

Ryanair carried 119 million passengers last year with 1,800 daily flights to more than 200 destinations. The Dublin based carrier is the largest 737-800 customer in the world and the largest Boeing operator in Europe.

The pictured EI-FZF arrived at the Dublin base on March 21, 2017 after a nonstop flight from the Seattle area. EI-FZF does not carry any special markings.

The actual inaugural flight will be flight WN1 from Dallas (Love Field) to Houston (Hobby), the original WN route. 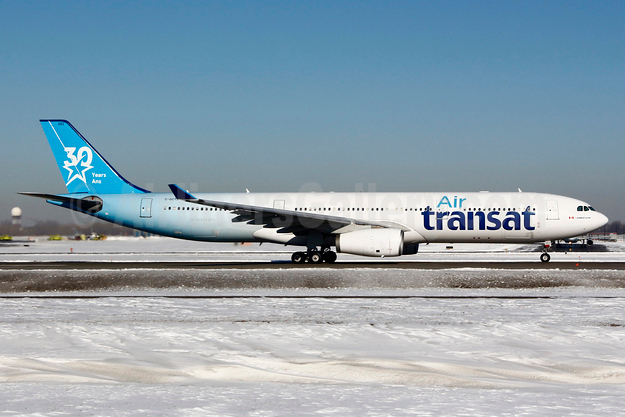 This special livery will be displayed on 3 of its Airbus A330-300 aircraft, which fly Montréal–Paris and Toronto–London routes, and also serve Punta Cana and Cancun.

Ethiopian Airlines announced it is part of the annual Global Greening initiative of St. Patrick’s Day on March 17, 2017.

As part of the “Greenification of the World” campaign, launched by the Irish Tourism Board eight years ago, Africa’s first Ethiopian Airbus A350-900 operator joined a string of world landmarks in this campaign, including: New York’s World Trade Center, City Hall and Heron Tower in London, Plaça de Catalunya and the fountains on Gran Via in Barcelona, Pozzo di San Patrizio in Italy, Matsue Castle in Japan and the Diamond Bridge in South Korea.

The Axum Obelisks, symbol of the wealth and civilization of the ancient Ethiopian Axumite Kingdom, were turned green back in 2015. Ethiopian Airlines launched the first and only direct air route linking Africa with Ireland in 2015.

This “painting” of a commercial airliner is believed to be a first.

Sky Airline (Santiago) on March 15, 2017 unveiled its new livery and revised brand. The green color of its early years has been kept, while the blue has been replaced by a new violet color.

The new concept includes a green “arrow” (above) in the “K” that is incorporated on the horizontal stabilizer. The modified K letter is always facing forward with the green arrow portion. All Ks in the logo are modified except the one on the left side of the fuselage (below).

The first Airbus A320 (CC-ABV) in the new livery will be unveiled in April after it is painted by Coopesa. The airline will also issue new uniforms for its employees.

The Chilean carrier starting today is also reinventing itself as a low-cost carrier.

All images courtesy of SKY Airline via ModoCharlie.