Celebrating the start of a new era, Jazeera Airways, a leading Kuwaiti carrier operating regionally and internationally, officially revealed its renewed corporate logo and advanced website upgrades (Jazeeraairways.com) as the advent of its various upcoming launches to meet the diversified needs of its customers and ensure a seamless travel experience. 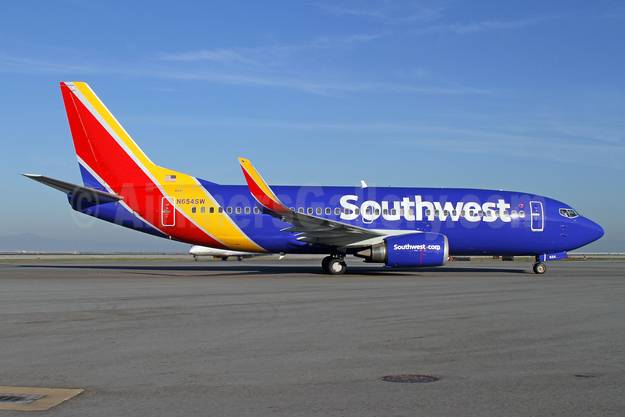 Southwest Airlines (Dallas) has announced it will begin international service for Indianapolis travelers with new weekly service to Cancun, Mexico as the carrier extends its schedule through April 6, 2018. The new flights between Cancun and Indianapolis will operate seasonally on Saturdays beginning March 10, 2018.

Southwest begins seasonal weekly service on Saturdays between Detroit and Tampa as well as Omaha and Tampa.

On the financial side, Southwest reported its second quarter 2017 results:

Gary C. Kelly, Chairman of the Board and Chief Executive Officer, stated, “We are very pleased to report another terrific quarter. As expected, we produced positive unit revenues compared with the strong year-ago performance. We had several notable achievements during second quarter, but the headline was the deployment of our new reservation system on May 9th. It was an historic milestone, the largest technology project in our history, and perhaps, one of the largest ever in the airline industry. The implementation was virtually flawless, although a new system is always challenging for the users. I want to thank all of our People who were involved in the development and deployment. It was superb. And, I want to thank all of our Frontline Employees for their hard work in learning and using their new system. The operations since May 9th have been superb, also. Once again, our Employees showcased their unmatched Hospitality and delivered a reliable product—a truly impressive achievement considering the record number of flights, Customers, and bags. Congratulations to our People and our Shareholders on a strong financial performance, which generated $202 million in profitsharing and $476 million in Shareholder returns.”

As of July 25, 2017, there were 67 Classic aircraft remaining in the Company’s fleet that it intends to retire by the end of third quarter 2017. Total aircraft, net of all Classic retirements, is expected to decline to 707 by year-end 2017 and grow to 750 aircraft by year-end 2018, as previously announced.

The Company currently expects its third quarter 2017 available seat miles (ASMs) to increase in the four to five percent range and its fourth quarter 2017 ASMs to increase in the one to two percent range, compared with the same year-ago periods. While the Company has not finalized its 2018 capacity plans, it currently estimates year-over-year ASM growth to be less than four percent in the first half of 2018, and its full year 2018 ASM growth to be less than its 2016 year-over-year ASM growth of 5.7 percent. Additional information regarding the Company’s aircraft delivery schedule is included in the accompanying tables.

The Company continues to fine tune its network and introduce new markets that not only strengthen its Customer brand appeal, but also support its revenue and profitability targets. In late April, the Company began international service daily between San Diego and San Jose del Cabo/Los Cabos, Mexico. In June, the Company consolidated its Ohio operations and launched service to Cincinnati/Northern Kentucky International Airport. The same day, the Company also launched service to Grand Cayman from Ft. Lauderdale-Hollywood International Airport (FLL). Additionally, the Company has announced plans to concentrate its service to Cuba in Havana and will cease operations at Varadero and Santa Clara in September. In November, the Company expects to begin international nonstop service weekly from both Nashville and St. Louis to Cancun (CUN), as well as daily service between Providenciales, Turks & Caicos and FLL beginning in the same month, all subject to requisite governmental approvals. And just this morning, the Company published a flight schedule extension through April 6, 2018, which includes new international service weekly between Indianapolis and CUN that is expected to begin in March 2018 and is also subject to governmental approvals.

Top Copyright Photo: Southwest intends to retire its last Boeing 737-300 by the end of the third quarter. By agreement, the new Boeing 737 MAX 8 will be introduced when the last 737-300 is retired. 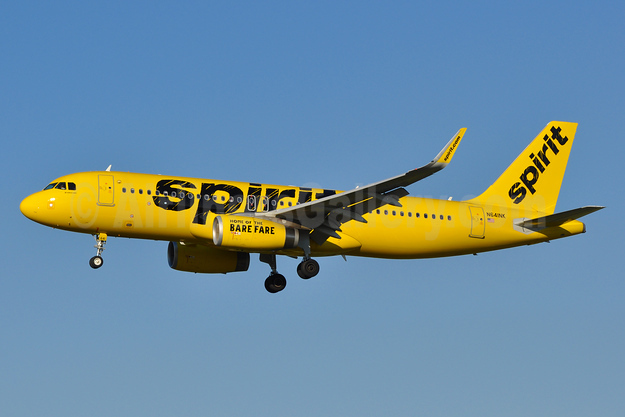 “The progress we made with our revenue initiatives, as well as the underlying revenue trends as we headed into the June quarter, were encouraging.  Unfortunately, given the level of operational disruptions and the associated financial impact, the second quarter 2017 performance overall was disappointing. We sincerely apologize to our customers who were affected by the flight disruptions during the quarter,” said Bob Fornaro, Spirit’s President and Chief Executive Officer.  “Despite our financial and operational challenges in the second quarter 2017, the changes in our pricing and revenue management strategies helped to drive year-over-year improvement in passenger and non-ticket revenue per segment — this is the first time in over two and a half years either of these metrics increased year over year.”

Total revenue per available seat mile (TRASM) for the second quarter 2017 increased 5.7 percent compared to the same period last year. During the second quarter 2017, the Company’s results benefited from the calendar shift of Easter, as well as Company driven revenue initiatives and a strong underlying demand environment.

“While our cost performance for the second quarter was not satisfactory, we do not believe it materially changes our long-term cost outlook and are confident that we will continue to maintain, or grow, our relative cost advantage,” said Ted Christie, Spirit’s Executive Vice President and Chief Financial Officer.

Spirit and its pilots, represented by the Air Line Pilots Association, remain in open contract negotiations under the supervision of the National Mediation Board.

Spirit took delivery of three new A320ceo aircraft and one new A321ceo aircraft during the second quarter 2017, ending the quarter with 104 aircraft in its fleet.

All copyright photos by Manuel Negrerie.

WestJet Airlines (Calgary) has announced an additional 55 weekly nonstop flights this winter from Toronto Pearson International Airport to key domestic business destinations as well as popular sun spots in the U.S., Mexico and the Caribbean. The service is part of the airline’s seasonal schedule for the winter of 2017-18.

WestJet also announced the addition of dozens of new flights across Canada. The additional flights deliver optimized service for both the business and leisure traveller and give Canadians greater connectivity into and out of WestJet hubs in Vancouver, Calgary and Toronto, providing more flight frequency between key routes, better scheduling and greater access from smaller airports into the wider WestJet network.

Highlights of WestJet’s 2017-18 winter schedule include:

This winter WestJet will operate an average of 700 daily flights to 93 destinations including 37 in Canada, 22 in the United States, 33 in Mexico, the Caribbean and Central America and one in Europe.

Hawaiian Airlines (Honolulu) has announced the first schedules for its upcoming new Airbus A321neo aircraft. The first A321 daily route will be between Kahului, Maui and Portland, Oregon starting on January 18, 2018.

Air Côte d’Ivoire, the Ivory Coast’s flagship airline based in Abidjan, received its new Airbus A320 at a ceremony that was held at the Airbus Delivery Centre in Toulouse on Monday, July 17, 2017. This ceremony was jointly presided over by Didier Evrard, Airbus Executive Vice President Programmes and General Abdoulaye Coulibaly, Chairman of Air Côte d’Ivoire’s Board of Directors.

The cabin of the aircraft is configured in two classes (16 business class and 132 economy class seats). The business class offering provides an unbeatable level of comfort with the new “Celeste” seat provided by Stelia Aerospace, while the economy class provides a high level of service, particularly in terms of the lighting system and internet connectivity.