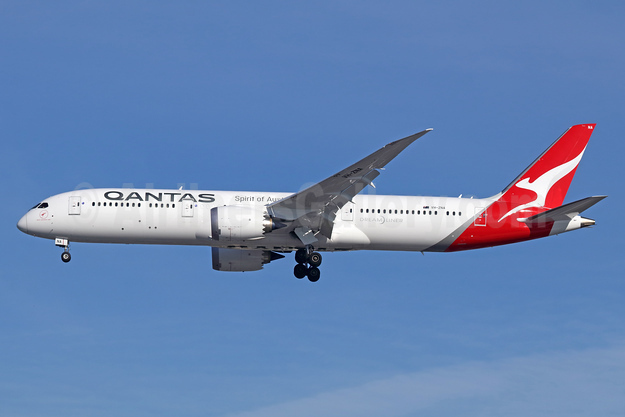 The flight is part of the partnership announced in 2017 which will also see the companies work with Australian farmers to grow the country’s first commercial aviation biofuel seed crop by 2020.

QANTAS International CEO Alison Webster said it was fitting that the airline’s game-changing Dreamliner 787-9 will showcase the future of sustainable aviation.

The ten percent biofuel blend used on today’s flight will therefore see a seven percent reduction in emissions on this route compared to normal operations.

Carinita requires no specialized production or processing techniques. It is water efficient and The University of Queensland field trials in Gatton, Queensland, and in Bordertown, South Australia, have demonstrated it should do very well in the Australian climate.

It is sown in either fallow areas where food crops fail or in between regular crop cycles, known as “cover cropping”.  Rotational or break-crops can improve soil quality, reduce erosion for food crops and provide farmers with additional income.

QANTAS’ first trans-Pacific biofuel flight was made possible with the support of AltAir Fuels and World Fuel Services.

In 2012 QANTAS and Jetstar operated Australia’s first biofuel trial flights. QANTAS’ A330 Sydney-Adelaide return service and Jetstar’s A320 Melbourne-Hobart return service were both powered with biofuel derived from used cooking oil (split with 50:50 convential jet fuel) certified for use in commercial aviation.