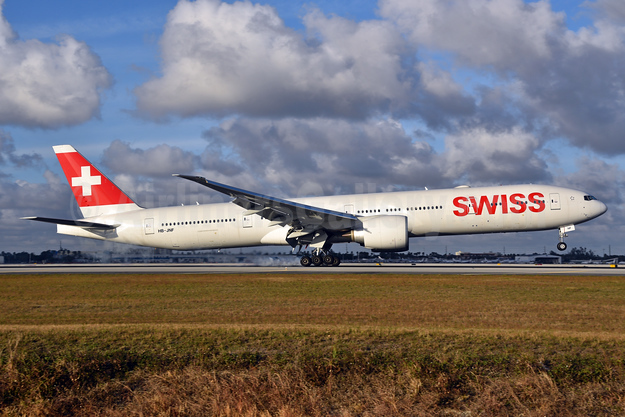 Swiss International Air Lines has ordered two additional Boeing 777-300ERs to take its long-haul fleet to a total of 31 aircraft.

The aircraft are expected to go into operation in early 2020 and will be used to extend the route network.

A decision will be made on the routes to be served by the two new aircraft within the next year.

Swiss International Air Lines serves over 100 destinations in 43 countries worldwide from Zurich and Geneva and carrying some 17 million passengers a year with its 90-aircraft fleet. Swiss is part of the Lufthansa Group, and is also a member of Star Alliance, the world’s biggest airline grouping.