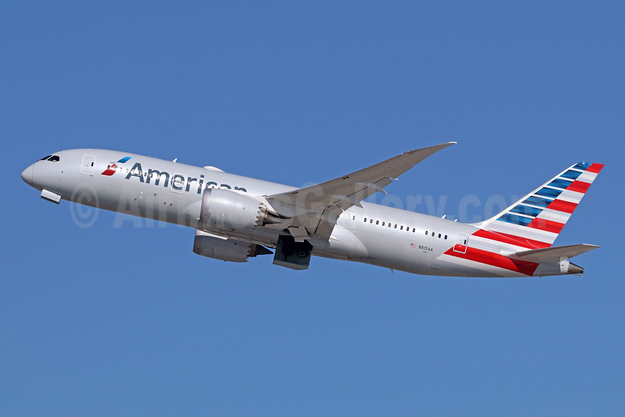 For the first time, American Airlines — together with its Pacific Joint Business partner Japan Airlines (JAL) —is announcing a special nonstop flight between Narita International Airport in Tokyo (NRT) and McCarran International Airport in Las Vegas (LAS) to support additional demand for CES® 2019. American will operate the flight January 4–14, 2019.

“Thousands of travelers from Japan and other parts of Asia make their way to Las Vegas every year for CES,” said Shane Hodges, managing director of Asia Pacific Sales for American. “The network and onboard experience offered by American and Japan Airlines as part of our Pacific Joint Business is world-class, and we are thrilled to make getting to the world’s largest technology event faster and easier than ever before.”

This special service will be flown on American’s Boeing 787-8 and will be marketed by Japan Airlines. For the 10-day period, American’s service between NRT and Chicago O’Hare International Airport (ORD) will operate through LAS. JAL will continue to offer nonstop service between NRT and ORD during the same period. In addition to improved aerodynamics, advanced engine technology and better fuel efficiency, the 787 features a state-of-the-art onboard travel experience. The two-class aircraft features Flagship Business which includes 28 fully lie-flat seats with direct-aisle access, Cole Haan amenity kits, Casper bedding and chef-designed meals. American’s 787-8 also includes 55 Main Cabin Extra seats and 143 Main Cabin seats. It is equipped with satellite Wi-Fi to allow customers to stay connected, and all seats offer HD touchscreen monitors with the latest movies and TV shows, and even live TV, to enjoy while inflight.

Schedule (all times are local):

This 10-day air service is expected to have an estimated economic impact of $2.8 million in addition to the more than $270 million annually that CES and its 184,000 attendees bring to the local economy.”

CES® is a registered trademark of Consumer Technology Association™.