For our second Flight Experience film we’re delighted to welcome award winning Air Mauritius to the series and their brand new Airbus A330-900neo.

This was filmed a month back when I was in China. It is my first full vlog in Mandarin! (Chinese). English is provided as subtitle. I must also declare this is NOT sponsored by the airline as I paid my own ticket. As always I like to make my content engaging and marketable to show the best of each airline. 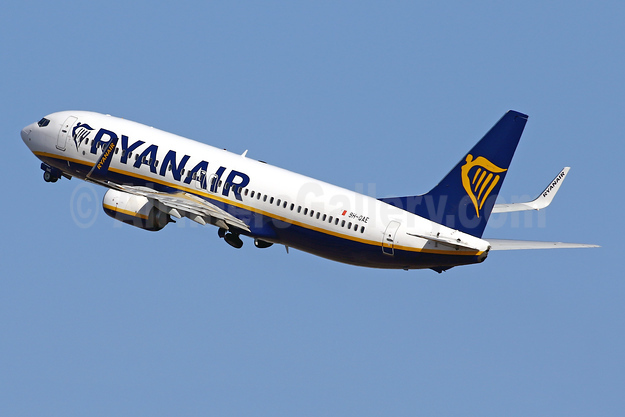 Ryanair has launched its new subsidiary, Malta Air, in Malta.

The pictured 9H-QAE (formerly EI-GDR) is one of the first to receive the new registration.

For now, the new airline is operating under the Ryanair brand although it is expected to soon adopt its own livery (below).

Previously on June 11, Ryanair Holdings announced it had agreed to purchase Malta Air, a Maltese start-up airline, into which Ryanair will move and grow its Malta based fleet of 6 Boeing 737-800 aircraft.

This investment in Malta Air will allow Ryanair to grow its already sizable presence in Malta (3 million customers per year), and access non-EU markets (North Africa) from Malta. Completion is planned for the end of June, following which Ryanair Holdings will;

Air Arabia (Sharjah, UAE) has announced the launch of nonstop flights between Sharjah and Vienna, capital of Austria, starting on September 15, 2019.

The nonstop six-hour flight to Vienna, popularly known as the ‘City of Music’, will initially operate four times a week, on Sundays, Wednesdays, Fridays and Saturdays, and will increase to daily flights starting mid-December.

Air Arabia currently operates flights to more than 170 routes across the globe from four hubs located in the Middle East and North Africa.

KLM’s first Boeing 787-10 Dreamliner (PH-BKA, msn 42485) was delivered one day late on June 29. The new type arrived today at the Amsterdam base. The new airliner is named “Orange Bloesem” (Orange Blossom) and carries a special “100 Years” logo (above).

The 787-10 Dreamliners will be named after flowers.

The safety of our airplanes is Boeing’s highest priority. During the FAA’s review of the 737 MAX software update and recent simulator sessions, the Federal Aviation Administration (FAA) identified an additional requirement that it has asked the company to address through the software changes that the company has been developing for the past eight months. The FAA review and process for returning the 737 MAX to passenger service are designed to result in a thorough and comprehensive assessment. Boeing agrees with the FAA’s decision and request, and is working on the required software. Addressing this condition will reduce pilot workload by accounting for a potential source of uncommanded stabilizer motion. Boeing will not offer the 737 MAX for certification by the FAA until we have satisfied all requirements for certification of the MAX and its safe return to service.

Airline News from other sources:

JetBlue to end nonstop flights between Charleston, SC and Washington

Airlines have collected $1.3 billion in baggage fees so far this year

ExpressJet  Airlines, a carrier in which United Airlines holds a 49 percent stake, sent a clear message to its aircraft mechanics this week by passing a regressive compensation proposal early in the negotiations process. In response the Teamsters Airline Division has asked the National Mediation Board (NMB), the federal agency that oversees airline labor relations, for mediation assistance.

“Bargaining requires that the union and company try to move closer together, not further apart” said Capt. David Bourne, Director of the Teamsters Airline Division.

The company’s offer came during negotiations that were held on June 25 and 26 in Atlanta. At the end of the first day the company presented a regressive offer that proposed less total compensation for ExpressJet mechanics than the previous offer, convincing Teamster negotiators that the parties needed government mediation assistance to reach an agreement.

The mechanics agreed to pay cuts in 2008 to avoid ExpressJet declaring bankruptcy. After bargaining for almost ten years with its mechanics over restoring their wages, in 2017 ExpressJet agreed in a one-year contract to bring back pay to 2008 levels. Contract talks opened again in 2019.

“Over half of our remaining mechanics are in a ‘wait and see’ posture, hoping the new ownership led by United Airlines will be a better bargaining partner than the former owner,” said Bourne. “Unfortunately the company’s first compensation offer was unrealistic and the second was even worse. It’s very disheartening to these mechanics, most of whom remain here with the expectation that the new owners will pay them what the market for mechanics demands.”

The pictured N2002J, with a new unnamed tail fin design, arrived at the New York JFK base this afternoon.

Airbus and JetBlue have not yet announced the delivery or the name of the new design.