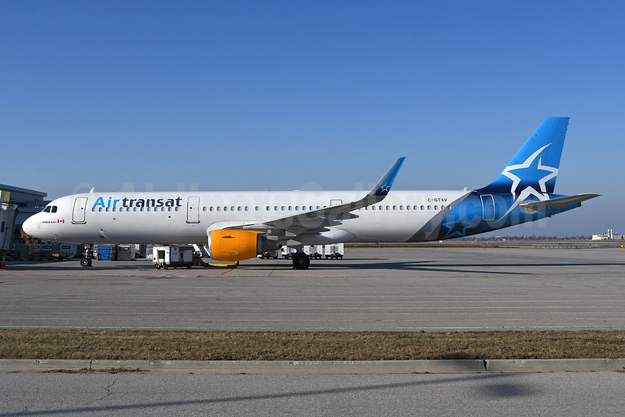 Unanimous approval of the Transat Board of Directors

Following an approach from Air Canada in the Fall of 2018, Transat and Air Canada commenced discussions in late 2018 to explore a possible combination. Transat formed a Special Committee of independent directors to evaluate the proposal with the assistance of financial and legal advisors, consider, and if deemed advisable, undertake a process for the formal review of strategic alternatives, consider any alternative proposal, and make recommendations to the Board of Directors in the best interests of the Corporation and all its stakeholders. The Special Committee of the Board of Directors of Transat and its Board of Directors have since then met multiple times in connection with all expressions of interest received by Transat, including Air Canada’s proposal.

On April 30, 2019, the Corporation announced having received expressions of interest and being in preliminary discussions with more than one party concerning a potential transaction involving the acquisition of the Corporation.

On May 15, 2019, Air Canada and Transat entered into a Letter of Intent with an exclusivity period to complete due diligence and to finalize definitive documentation reflecting the agreed terms. After that date, other parties continued to express unsolicited, non-binding interest in Transat.

On June 26, 2019, after an extensive review, the Special Committee of Transat’s Board of Directors concluded unanimously that combining with Air Canada and entering into the Arrangement Agreement are in the best interests of Transat and its stakeholders, including its employees, clients, shareholders, partners and suppliers, and has provided its unanimous recommendation to the Transat Board of Directors to that effect.

On June 27, 2019, the Transat Board of Directors, having among other considerations, received and considered the recommendation of the Special Committee, unanimously determined that the transaction is in the best interests of Transat and its stakeholders, approved the Arrangement Agreement and recommended that Transat shareholders vote in favour of the transaction. In addition, each of the directors and executive officers of Transat has entered into a voting support agreement pursuant to which each of them has committed to vote in favour of the transaction.

Each of National Bank Financial and BMO Capital Markets has provided the Transat Board of Directors with an opinion to the effect that, as of the date thereof, the consideration to be received by holders of Transat shares with respect to the transaction was fair, from a financial point of view, to such holders, in each case subject to the respective limitations, qualifications, assumptions and other matters set forth in such opinions.

The terms of the Arrangement Agreement provide for a break fee of $15 million payable by Transat in case of termination of the agreement in certain circumstances, including upon acceptance of a Superior Proposal that is not matched by Air Canada. Under the Arrangement Agreement, a Superior Proposal is defined, in part, as an unsolicited bona fide written acquisition proposal, that is made at a firm price per share equal to or exceeding $14 in cash, that has fully committed financing from a financial institution or similar organization (or is made by a person with adequate cash on hand), and that the Board of Directors of Transat determines in its good faith judgment, after receiving legal and financial advice, would result in a transaction that would be in the best interests of Transat and its stakeholders and be more favourable, from a financial point of view, to Transat shareholders. The terms and conditions for the making of a Superior Proposal and its complete definition are contained in the Arrangement Agreement.

The Arrangement Agreement also provides for the payment by Air Canada of a reverse break fee of a maximum of $40 million in the event that the agreement is terminated because regulatory or governmental approvals are not obtained, subject to certain conditions.

Headquartered in Montreal since 1949, Air Canada maintains one of the largest global head offices in Quebec and has been named one of Montreal’s top employers in each of the last six years. Air Canada employs 36,000 employees globally, with approximately 10,000 in the province of Quebec where it has created over 2,600 new jobs over the last five years. Air Canada’s President and Chief Executive Officer and other Executive Committee members are all based at the Montreal Headquarters.

Since 2012, Air Canada has launched 35 new routes from Montreal-Trudeau to global markets including Shanghai, Beijing, Tokyo, Tel Aviv, Lima, Sao Paulo, and Casablanca. This growth has allowed Montreal to rank amongst the top 50 most internationally connected cities in the world and to become one of the largest North American hubs.

Air Canada served more than 10 million passengers in Montreal in 2018.