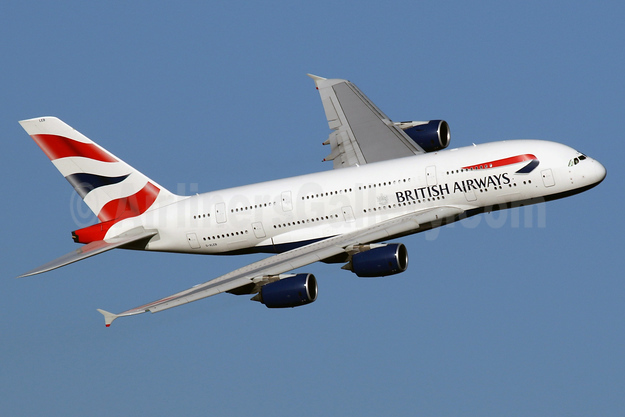 British Airways is joining the response against Covid-19 with a company-wide taskforce who will bring their skills and expertise to communities across the UK to help the fight against the COVID-19 virus.

The current reduction in the number of flights means British Airways is in the position of having thousands of cabin and flight crew with more time available and an appetite to volunteer. Their advanced first aid qualifications, combined with their natural passion for looking after people, means that they can bring both technical training and natural kindness to a range of desperately needed roles for a range of organisations, including the NHS.

Other teams in the airline specialise in the logistics that sit behind getting 800 flights a day to 200 destinations around the world and those skills can also benefit the community-at-large.

Louise Evans, British Airways’ Director of External Communications and Sustainability, said: “We’ve had an overwhelming response to our request for volunteers from across British Airways to help in the community fight against coronavirus.

“We’re part of the fabric of Britain and we want to play our role in these unprecedented times. Thanks to the nature of our business, we can contribute a unique set of skills from advanced first aid training, to experience caring for and reassuring people to managing complex logistics – all of which can deliver real care within the community.”

The airline has been in talks with a number of organisations in order to deploy its volunteers most usefully. These include the NHS via their Helpforce team, which organises volunteers for the NHS and could involve working at the Nightingale hospitals being set up in London, Manchester and Birmingham  as well as transporting patients and NHS workers.

British Airways is also pairing volunteers who have first aid training and clinical skills with St John Ambulance to support their emergency response units within the community. Similarly, members from that same highly skilled crew community can apply to volunteer with the London Ambulance Service to take 999 or 111 calls, triaging the caller and placing them in a clinical queue to speak to a qualified medical professional.

The airline already has a partnership with the British Red Crossproviding vital support for their UK response work and will be encouraging more colleagues to sign up to their Community Reserve Volunteer network to provide practical assistance in local communities. Right now, the British Red Cross is mobilising volunteers across the UK to support the response to Covid-19 by, for example, helping out at local foodbanks and supporting NHS hospitals.

Sadly, many older people who are self-isolating are coming into even less contact with their community than normal, leading to a spike in both physical and emotional support being required. Volunteers from around the airline will be encouraged to reach out to older and more vulnerable people with help, for example via Age UK, be that collecting a prescription, dropping-off food or helping to combat loneliness with a daily phone call for a chat.

The airline also has ongoing relationships with a number of food bank providers, including The Trussell Trust where volunteering duties for staff could include sorting and packing food donations, collecting supplies from supermarkets and delivering food to people in greatest need.

British Airways is also donating its on board wash bags, socks and blankets to various NHS Trusts and continues to work with agency partners to offer help where it is most needed. And flying crew from British Airways and other airlines have set up Project Wingman at the Whittington Hospital in North London, where NHS workers are welcomed into a mini first class lounge for a cup of tea and a chat during or after a busy shift.

Money that British Airways’ customers and colleagues have raised through Flying Start, the airline’s partnership with Comic Relief, is also being used towards a covid-19 response, which is enabling Comic Relief to reach out across their network to communities hardest hit and most in need, such as those who are experiencing domestic violence or homelessness.

Further afield, the airline has been collaborating with the Foreign and Commonwealth Office to fly people home to their friends and families before borders close and its sister company, IAG Cargo, has been working around the clock to ship essential freight including food and medicines across the globe to communities in need.