Palestinian Authority has announced Palestinian Airlines will be liquidated. The officials did not see a viable future for the flag carrier.

Its two Fokker 50s (SU-YAH and SU-YAI) have been offered for sale since September 2020.

Last summer a long term leasing agreement for both aircraft with Niger Airlines was terminated, worsening its financial situation.

NEW ROUTES: We’re adding more routes to connect you to the ones you love across the U.S., Latin America, and the Caribbean, including some of the only nonstop flights available between cities like Miami and Asunción, Paraguay.

Southwest Airlines and Sabre Corporation have come to terms on a new full participation distribution agreement that enables the two companies to continue offering business Customers access to the carrier’s low fares and legendary Customer service in 2021 and beyond. Under the agreement, Sabre will continue to distribute Southwest’s content through traditional connectivity to corporations, government agencies, and TMCs through its global distribution system (GDS).

“Providing our content in Sabre GDS with industry-standard capabilities has continued to be a top priority of our Customers. While we’ve been in discussions with Sabre for well over two years, we had not made much progress until recently on an agreement that balances the health of all our channels. We are thrilled to come to terms that are mutually beneficial for our Customers and continue our long-standing partnership with Sabre,” said Southwest Airlines Executive Vice President and Chief Commercial Officer Andrew Watterson. “Southwest set out with a maverick spirit to democratize the skies five decades ago with a vision to introduce a whole new way to travel. As we embark on our 50th anniversary in 2021, that vision is alive and well as we set a path to emerge from this pandemic.”

Under the agreement, Sabre will distribute Southwest Airlines flights and services through its travel marketplace, providing Sabre connected-agencies and other travel buyers with uninterrupted access to Southwest Airlines content. This agreement reflects a broader relationship between the two companies and will deliver richer capabilities to travel buyers, including improved schedule and inventory accuracy; last seat availability; and real-time booking functionality and the ability to modify Southwest bookings within Sabre. Implementation teams will work swiftly to bring Southwest online at full-participation in 2021.

JetBlue Airways has made this announcement:

JetBlue Airways today announced it has formally taken delivery of its first Airbus A220-300 aircraft, marking the start of a new era for the airline’s fleet. The aircraft – tail N3008J – is scheduled to arrive at JetBlue’s home at New York’s John F. Kennedy International Airport (JFK) this evening from Airbus’s U.S. production facility in Mobile, Ala. It is the first delivery of 70 A220 aircraft JetBlue has on order, which will be phased in to ultimately replace the existing fleet of 60 Embraer 190 aircraft.

The A220 boasts a nearly 30 percent lower direct operating cost per seat than the current E190. Lower seat costs come from both fuel and non-fuel savings. The A220 fleet will also help to further reset JetBlue’s maintenance costs well into the decade. The airline anticipates the A220 fleet, with improved reliability and longer maintenance intervals, will have a maintenance cost per seat that is more than 40 percent lower than E190s.

With a range of up to 3,350 nautical miles and a 40 percent lower fuel burn per seat than JetBlue’s E190 aircraft, the favorable economics open the door to new markets and routes that would have been unprofitable with JetBlue’s existing fleet. The A220 covers a wide mix of new and existing market possibilities with excellent economics on short, medium and even potentially transcontinental markets. This will allow for better overall aircraft utilization and provide a competitive advantage for JetBlue in short haul markets.

The A220 is powered exclusively by Pratt & Whitney GTF engines, which deliver double-digit improvements in fuel and carbon emissions. Optimizing fuel burn is an important first step in JetBlue’s cost-conscious sustainability strategy, and prioritizing fuel-efficient aircraft and engines aligns with JetBlue’s approach to reducing emissions. Earlier this year, JetBlue became the first major U.S. airline to achieve carbon neutrality for all domestic flights, and later announced its plans to achieve net zero carbon emissions across all operations by 2040. The A220’s significant reduction in per-seat emissions will help JetBlue meet and maintain its sustainability commitments.

The interior of JetBlue’s A220 will be as impressive as the operating capabilities of the aircraft. Customers will also enjoy an elevated inflight experience with wider seats, spacious overhead bins and extra-large windows. JetBlue’s fleet features the most legroom in coach (a) and free Fly-Fi®, the fastest broadband internet in the sky (b). JetBlue will reveal details of its custom-designed A220 cabin – featuring thoughtful, customer-friendly touches throughout – in January 2021.

“It has been a long struggle to achieve this agreement, but we believe it will establish a platform for ABX Air’s growth and the improvement of our pilot careers in the expanding crew, maintenance and insurance (CMI) environment,” stated Local 1224 President Tim Jewell.

The current collective bargaining agreement became amendable on December 31, 2014.  “With the completion of these negotiations, ABX Air and its pilot group can now fully focus on the road ahead with a singularity of purpose and resolve to grow our airline and continue to provide our customers with the superior performance they know and deserve,” added Jewell.

The amended CBA passed a pilot vote by a 92 percent margin, with 93 percent of the pilot group participating in the referendum.  The agreement will take effect on January 1, 2021 and has a six-year duration.

Air Transport Services Group, Inc. announced the pilot employees of its ABX Air, Inc. subsidiary have voted in favor of an amendment to their Collective Bargaining Agreement with ABX Air.

ABX Air’s pilots are represented by the Airline Professionals Association of the International Brotherhood of Teamsters, Local 1224 (IBT).

Volga-Dnepr Airlines, the expert in super heavy and outsized air cargo transportation, has re-started the Antonov An-124-100 commercial operations.

The first plane has taken off after the completion of technical checks and execution of service directives to a full extent.

Konstantin Vekshin, Chief Commercial Director of Volga-Dnepr Group, highlights: “It appears that we have been able to re-start our An-124-100 operations before the end of this year. We are in the process of diligent execution of the service directives, the technical checks are on the right track. As expected, our first An-124-100 is back in the air again. The ultimate return will be incremental and we will still take our time to follow the guidelines reflected in the service directives”.

Volga-Dnepr has taken a thorough approach towards re-launch of An-124 commercial operations to secure the utmost flight safety in line with existing industry and internal standards. The company will be discussing the return to service and availability of An-124 with the customers individually and will keep them and the market informed about the situation.

Wizz Air has announced that new service to Abu Dhabi will be served via Athens.

The new route to Abu Dhabi International Airport will commence on January 15, 2021.

In other news, Wizz Air UK has announced six new low-fare holiday routes to its network. These new routes, launching in Spring 2021, will provide connections between the airline’s Doncaster Sheffield, London Gatwick and London Luton bases and sunshine destinations in Turkey, Bulgaria, Spain and Greece.

In London, Wizz Air will launch a year-round service from London Gatwick to Malaga on Spain’s Costa del Sol, with flights operating from the south London hub to the port city four times a week from April 2, 2020. On the same day, Wizz Air will launch flights from London Luton to Dalaman, operating twice a week throughout the summer season. The inaugural flight from London Luton to Dalaman will be the first flight to Turkey operated by Wizz since 2016.

This announcement follows a period of recent expansion for the airline, with Wizz Air UK opening new bases at London Gatwick and Doncaster Sheffield Airport in October and at Cardiff Airport earlier in December. The airline now offers tickets on 144 routes from 12 UK airports.

*Wizz Air’s carbon-dioxide emissions were the lowest among European airlines in the rolling 12 months to April 2020 (57.2 gr/km/passenger).

**One-way price, including taxes, administration and other non-optional charges. One carry-on bag (max: 40x30x20cm) is included. Trolley bag and each piece of checked-in baggage is subject to additional fees. The price applies only to bookings made on wizzair.com and the WIZZ mobile app.

American Airlines made this announcement on social media:

On December 29, we operated our first commercial flight on the Boeing 737 MAX since its extensive, 20-month recertification process with a flight crew who has 150+ combined years of experience. The crew was proud to fly the flight with our customers, family members and Robert Isom.

Following recent changes to U.S. Department of Transportation’s (DOT) rules, Alaska Airlines will no longer accept emotional support animals on its flights. Effective Jan. 11, 2021, Alaska will only transport service dogs, which are specially trained to perform tasks for the benefit of a qualified individual with a disability. 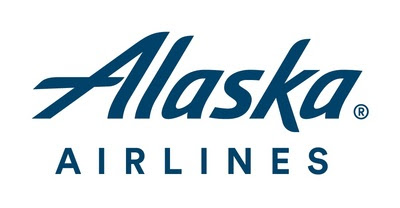 Earlier this month the DOT said it will no longer require airlines to make the same accommodations for emotional support animals as is required for trained service dogs. Changes to the DOT rules came after feedback from the airline industry and disability community regarding numerous instances of emotional support animal misbehavior which caused injuries, health hazards and damage to aircraft cabins.

American Airlines today will be the first airline to put the Boeing 737 MAX back into regular airline service.

The first flight be from the Miami hub to New York (LaGuardia) and return.

American identifies the aircraft type (7M8) in its schedule: