Air Armenia (Yerevan) has suspended all operations until at least December 20 as it reorganizes. The company started operations on March 18, 2003. The airline has issued this statement:

The year for airline “Air Armenia”, as for the only Armenian air carrier, was full of both achievements and undesired, unexpected events. According to the extended information, during the summer there were taken some measures to obstruct the activity of the airline, aiming to discomfit the Armenian air carrier. This can create desirable conditions for foreign airlines to provide independent policy and monopoly control over the Armenian sky.

On September 11 of this year, through the media sources Russian air navigation stated that airline “Air Armenia” was going to be disabled to realize flights to Russian Federation since September 21. This announcement caused a great harm and a lot of trouble for the only Armenian air carrier.

The statement of Russian air navigation was also spread in Armenia by the Armenian media sources, which led to the fall of airline prestige, causing huge financial losses. The statement brought up a panic among the passengers, the creditors and the debetors. Many passengers began returning already purchased air tickets. A huge mass of the passengers refused being served by the Armenian air carrier. Ticket sales dropped by, more than, 60%. While all the lenders were demanding their money back, ignoring the previous agreement on the transfer schedule, the debetors refused to transfer the money got from the air ticket sales, bringing the possibility of ticket returns as an explanation. In this case they would have to return the money back to passengers.

The two airplanes (A320s), operated by airline “Air Armenia” are now in the Netherlands, getting some maintenance. Maintenance of the airplanes is a mandatory procedure that is implemented in the framework of the agreement with the company, giving these airplanes on credit.

In addition to the panic and uncertainty of the society, A320 owners demanded the planned maintenance of an airplane and a non-planned one of another airplane as well. They insisted on holding the maintaining process in the airport of theirs so as to be safe. Surprisingly, the airline “Air Armenia” managed to find the energy, strength and resources to organize some flights with just one airplane.

The disinformation, spread by 1in.am on October 22 also caused a lot of serious problems for airline “Air Armenia” causing even more losses. Air ticket sales in Armenia decreased by 80%. At the same time, many agents held the revenue in case of possible return of the money.

As a result, the profit dropped to a critical minimum, and the transportation of passengers was impossible. In this situation, the airline has decided to take some radical actions leading to financial reconstruction, flights graphic’s improving until December 20, making an emphasis on the flights being highly demanded.

At the current time, we plan to collect some financial sources to be able to get back the 2 A320 airplanes, so as to go live with all the flights according to the winter schedule, announced previously starting from December 20.

The only Armenian airline “Air Armenia” thanks all the loyal passengers and partners, bringing apologies for this unpleasant situation and the inconvenience.

Top Copyright Photo: OSDU/AirlinersGallery.com (all others by Air Armenia). Airbus A320-214 EK32039 (msn 1439) approaches the runway at Vnukovo Airport in Moscow.

Air Armenia is a private airline established in Armenia in 2003 and is based at Yerevan’s Zvartnots Airport.

For 10 years since its foundation, Air Armenia has only operated cargo flights, except for a short period in 2003-2004 when it was contracted to operate passenger flights.

Upon liberalization of air passenger transportation policy in Armenia in 2013, Air Armenia launched regular passenger services to Russia, and is planning to expand to other destinations in the CIS, Europe and Middle East.

Air Armenia (Yerevan, Armenia) on April 30 will launch twice-weekly Airbus A320 service to Paris (CDG). The Armenian carrier will also start twice-weekly flights to Athens on the same day per Airline Route. 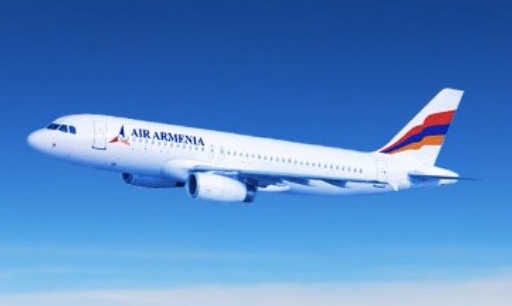