The route will be served by Boeing 787-9 Dreamliner aircraft.

The route will be operated two days a week through March 28, 2022 with Boeing 787 Dreamliner aircraft.

The company will celebrate its 50th Anniversary on January 4, 2022. 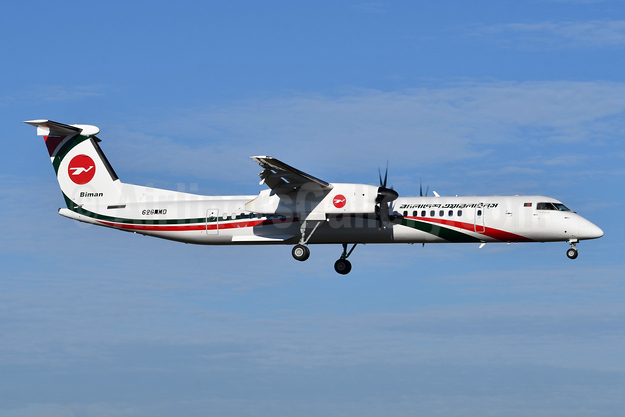 Boeing and Biman Bangladesh Airlines (Biman) announced today at the 2019 Dubai Airshow that the carrier is expanding its 787 Dreamliner fleet with two additional airplanes valued at $585 million at list prices.

The purchase – recorded in October as an unidentified order on Boeing’s website – complements Biman’s fleet of 787-8 jets with the larger and longer-range 787-9 variant. The national flag carrier of Bangladesh says the addition of the 787-9 will help modernize its fleet and expand its international network.

The 787-9 is part of a three-member family that offers long range and unmatched fuel efficiency in the 200 to 350 seat market. For Biman Bangladesh, the 787-9 can carry 298 passengers in a standard three-class configuration and fly up to 7,530 nautical miles (13,950 kms) while reducing fuel use and emissions by up to 25 percent compared to older airplanes.

Biman Bangladesh Airlines Bombardier DHC-8-402 (Q400) S2-AGQ operating flight BG 60 on May 8 from Dhaka, Bangladesh to Yangon, Myanmar with 29 passengers and 4 crew members veered off the runway on landing at Yangon.

The aircraft broke into three sections (written off). There were reportedly 17 injured and were transported to local hospitals.

Based on the list price of the Q400 aircraft, the firm order is valued at approximately US$106 million.

S2-AJS, named “The Aakashbeena”, was recently showcased at the Farnborough Airshow.

The company is now planning to add two new Boeing 787-8 Dreamliner aircraft to the aircraft fleet in 2018 as it celebrates its 46th anniversary.

The new Dreamliner aircraft will have 24 business class seats and a total of 271 seats, including 277 economy classes.

The airline is expanding its network to Guangzhou, one of the most important business cities of China this year, the capital of Sri Lanka’s capital, Colombo, and Maldives capital Male.

Above Image: The 2009 livery (with the 787 shown) was briefly adopted but quickly rejected by the government. Aircraft were reverted back to the previous less-controversial livery (top).

The airline now operates to 15 international and 7 domestic airports. 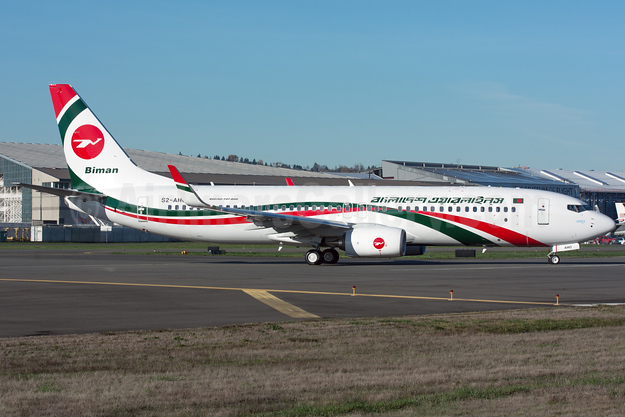 As part of the first phase of its fleet modernization plan, the airline currently operates a total of six Boeing 777s and two Next-Generation 737-800s. With this delivery, Biman Bangladesh Airlines adds one additional 737-800 and has four 787 Dreamliners on order.

Biman Bangladesh Airlines (Dhaka), the national flag carrier airline of Bangladesh, is becoming a new Bombardier Q400 operator. The airline has confirmed it has signed an agreement with Smart Aviation Company (Cairo, Egypt) for the lease of two Bombardier Q400 NextGen turboprops.