Condor will operate flights on Mondays, Wednesdays and Fridays departing MSP at 6:45 p.m. on a Boeing 767-300 aircraft that features three classes of service (Economy, Premium and Business, featuring lie-flat seats, a personal in-seat, premium touch-screen entertainment system, power ports at every seat, and premium menus with complimentary non-alcoholic and alcoholic beverages). Passenger demand from the MSP market to Frankfurt (FRA) is approximately 16,000 passengers per year.

Condor’s announcement comes as passenger activity at MSP has been strong, especially through the spring break travel season. In March, MSP recorded nine of the 10 busiest TSA checkpoint days in the past two years during the pandemic, with a peak day of nearly 40,000 passengers. Strong spring break activity was evident at Terminal 2, which set an all-time monthly passenger record in March of more than 526,000 passengers.

Icelandair will resume service to Iceland from Minneapolis-St. Paul International Airport (MSP) on June 20, 2021 as international travel from the U.S. continues its recovery from the impacts of the COVID-19 pandemic. 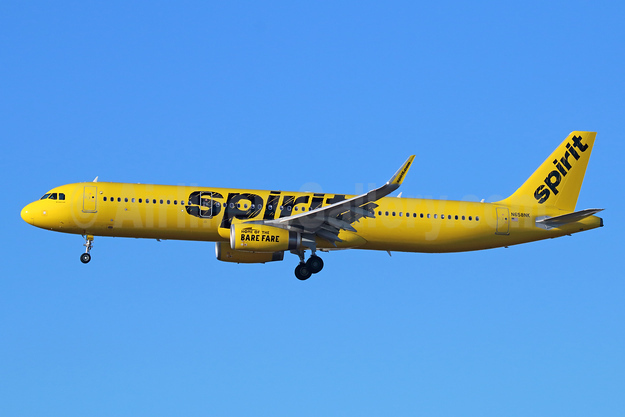 Southwest has more than 60 nonstop destinations from Baltimore/Washington International Thurgood Marshall Airport. These include flights to the Caribbean and Latin America, including Southwest’s newest destination, Liberia, Costa Rica.

Delta will introduce the 717 to the Minneapolis/St. Paul hub starting on January 6, 2015 with a route to Charlotte. Kansas City, Madison and Philadelphia will be added on February 13 followed by Detroit on March 2 per Airline Route.

Delta is also assigning the 717 to two new routes from the Atlanta hub to both Georgetown (December 20) and Nassau (January 12) in the Bahamas.

Delta Air Lines (Atlanta) will start weekly seasonal service from the airline’s hub in Minneapolis/St. Paul to Montego Bay, Jamaica on starting on January 18, 2015 and Nassau in the Bahamas, starting 0n January 17, 2015. Flights will be operated on Airbus A320 aircraft with 150 seats, including 12 seats in Business Class, 18 Economy Comfort seats and 120 economy seats.

Chautauqua Airlines (Indianapolis) is phasing out its Embraer ERJ 140 regional jets it operates for American Airlines. According to ch-aviation, the company will operate the last ERJ 140 flight for AA on August 18. Pilots are being switched to the new Embraer 175s which will be operate under the American Eagle brand.

Republic Airways Holdings Inc. (Indianapolis) is an airline holding company that owns Chautauqua Airlines, Republic Airlines and Shuttle America. The airlines operate a combined fleet of about 250 aircraft and offer scheduled passenger service on about 1,300 flights daily to about 100 cities in the U.S., Canada and the Bahamas through fixed-fee flights operated under our major airline partner brands, including American Eagle, Delta Connection, United Express, and US Airways Express.

In other news, Republic Airways Holdings CEO Bryan Bedford has stated the company has no intention of canceling its order for the new, but delayed, Bombardier CSeries aircraft. Republic has 40 CS300s on order. Republic has made the decision to phase out its 50-seat aircraft and will concentrate on the Embraer 170 and 175 series of aircraft and the Bombardier Q400 besides the the CS300s on order according to this interview in the Financial Post.

With the cold temperatures in both MSP and ATL there was not the traditional water cannon salute.

N773NC was originally delivered to North Central Airlines on October 26, 1978. With the merger with Southern Airways it became Republic Airlines on July 1, 1979. With the Republic merger into Northwest Airlines it took on the red tail on October 1, 1986. Finally it joined the Delta fleet on October 29, 2008 with the Delta-Northwest merger.

Read the full story from the Associated Press: CLICK HERE

In other news, Delta is expanding the number of routes served by the new Boeing 717. The airline is introducing the 717 from Atlanta to Augusta (April 1), Chicago (Midway) (April 1), Dallas (Love Field) (October 13), Fayetteville (April 1) and Houston (Bush Intercontinental) (April 1) per Airline Route.

Bottom Copyright Photo: Tony Storck/AirlinersGallery.com. The Boeing 717 started operating to Baltimore/Washington (BWI) yesterday (January 6) with the DC-9-51 retirements. Delta painted the first ex-AirTran Airways Boeing 717 in September 2013, namely the pictured N935AT, which is pictured arriving at BWI. Delta is leasing the entire AirTran fleet of 88 Boeing 717s from Southwest Airlines (Dallas). The new type was introduced on September 19, 2013 between the Atlanta hub and Newark. The DL 717s feature 12 seats in First Class, 15 seats in Economy Comfort and 83 seats in Economy. N935AT was originally delivered to TWA as N402TW on April 11, 2000.

Delta Air Lines (Atlanta) has now officially announced on what we previously reported. The airline today issued this statement on the last Douglas DC-9 flight in the history of the airline.

“The DC-9 has been a workhorse in our domestic fleet while providing a reliable customer experience,” said Nat Pieper, Delta’s vice president – Fleet Strategy. “The aircraft’s retirement paves the way for newer, more efficient aircraft.”

Since 2008, Delta has removed or retired more than 350 aircraft from its fleet including 50-seat Bombardier CRJ200s; SAAB 340Bs and McDonnell Douglas DC-9s; while adding economically efficient, proven-technology aircraft such as the Boeing 777-200 LR; two-class, 65 and 76-seat regional jets and variants of the 737 and 717, largely on a capacity-neutral basis.

The DC-9 retirement comes just months after Delta began taking delivery of its orders of 88 Boeing 717-200 aircraft and 100 Boeing 737-900 ER aircraft, which began entering service in October and November, respectively. Each aircraft features a First Class cabin and slim-line seats throughout Delta’s Economy Comfort and Economy cabin along with Wi-Fi connectivity and in-seat power ports. Additionally, the Boeing 737-900 ER offers on-demand entertainment throughout the cabin. Delta also recently announced its order for 40 Airbus aircraft including 30 narrowbody A321s, which will begin to be delivered in 2016.

Delta was the launch customer for the original 65-seat version of the DC-9-14 in 1965 as the airline replaced propeller aircraft on high-frequency, short-haul domestic routes. The twin-engine plane was removed from the Delta fleet in 1993, but larger variants reentered service following the merger with Northwest Airlines; those aircraft joined Northwest after it acquired Republic Airlines in 1986. Delta has flown a total of 305 DC-9s since 1965.

To acknowledge the DC-9’s retirement, the last flight has been tagged DL 2014 noting the final year of service, while the preceding flight operating from Detroit to Minneapolis/St. Paul will be flight DL 1965, the aircraft’s initial year of service.

The last DC-9 to be operated by Delta is the pictured DC-9-51 (top). It is unclear at this time which aircraft will be flown on the last historic flight.

Well done Delta for recognizing and honoring your rich history.