United Airlines (Chicago) has reported that 97% of its U.S.-based employees are fully vaccinated against COVID-19. This comes less than a week before the company’s deadline for employees to get the vaccine or be terminated.

The company says this amount does not include a “small number” of employees who are seeking a medical or religious exemption from the vaccination requirement. 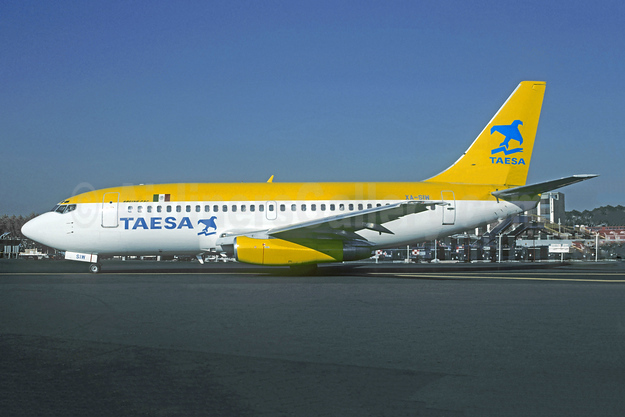 Avelo Airlines is adding its second route to Las Vegas. The upstart has made this announcement:

Avelo operated its first flight into LAS (from Santa Rosa) on September 16.

Traffic at Munich Airport has risen steadily since the beginning of the summer months. While only 570,000 passengers were registered at Munich Airport in the first quarter of the year due to the global Covid-19 pandemic and resulting travel restrictions, this figure more than tripled in August alone to over 1.8 million.

At his visit to the Munich Press Club, the CEO of Flughafen München GmbH, Jost Lammers, added that passenger demand is still high after the end of the summer holidays. The airport welcomed a total of 440,000 passengers in the first week after the holidays, the highest number since the start of the pandemic. Jost Lammers: “This also means that the current volume of traffic is not a result only of stronger tourist travel, but also that a stable traffic structure has been established again, at least for short and medium-haul routes.”

Despite this positive trend, however, the current overall volume of traffic still remains far below pre-pandemic levels. At present, passenger numbers at Munich Airport are at about 40% of 2019 levels, with take-offs and landings at about 50% of this figure. Many routes have still not resumed on account of continued travel restrictions, especially for long-haul flights. Jost Lammers: “Given this, we were extremely pleased to hear that the current travel ban imposed by the US for those traveling from Germany and many other European countries will be lifted at the start of November. Without a doubt, this reopening will massively revive transatlantic travel, especially as there will likely be a considerable catch-up effect here after a long absence due to the pandemic.”

The Munich Airport CEO believes that “the worst of the crisis is over.” Given recent events, Lammers expects the volume of traffic to increase substantially in the year ahead. “Together with Lufthansa, our aim is still to bring momentum back to the global hub that is Munich Airport while at the same time laying the groundwork for intermodal and sustainable transportation.”

Swiss International Air Lines (SWISS) will offer its customers a portfolio of destinations in its Winter 2021/2022 schedules that is as extensive as it was in pre-pandemic times. A total of 90 destinations will receive SWISS service from Zurich and/or Geneva, with the aim of offering travelers the widest possible range of routes and onward connections. The extent of the winter offer is further boosted by certain classic summer destinations, especially around the Mediterranean and in Eastern Europe, continuing to be served in the coming winter timetable period. SWISS also plans to resume service on its long-haul Geneva-New York route on selected days of the week from mid-December onwards. And the carrier will further increase its winter services at times of particularly high demand, such as the Christmas holiday period and the winter sports season. All in all, SWISS will be offering around half of the capacity it provided in 2019 in the coming winter schedules.

Despite the continuing and still-changeable travel restrictions, Swiss International Air Lines (SWISS) will be offering a wide range of services in its coming Winter 2021/2022 schedules, to perform its mission of keeping Switzerland connected with the rest of Europe and the world.

With 90 points served from Zurich and/or Geneva, SWISS’s winter destination portfolio will be as extensive as it was in Winter 2019, albeit with fewer frequencies. SWISS customers will be offered 81 destinations from Zurich and 26 from Geneva. All in all, SWISS plans to again be offering around 50% of the capacity it provided in 2019 in the coming winter schedules.

Over 80 points from Zurich

SWISS plans to serve a total of 60 short-haul and 21 long-haul destinations from Zurich in the coming winter schedules. Short-haul destinations with the most frequencies from Zurich include Berlin, Copenhagen, Hamburg, Lisbon, London, Malaga and Stockholm and various points in Eastern Europe such as Kyiv and Belgrade. On the long-haul front, the focus will be on such key centers as Chicago, Miami, New York, São Paulo, Dubai, Johannesburg and Tel Aviv. The coming winter schedules also extend to various classic summer destinations which this year will continue to be served in the winter months. These include Alicante, Malta, Marseille, Palermo and Thessaloniki. Sarajevo and Tallinn will also continue to receive SWISS service in the coming winter period, as will the Albanian capital of Tirana, for which SWISS took over service this summer from its sister airline Edelweiss.

A total of 25 European destinations will receive SWISS service from Geneva in the coming winter timetable period. The most frequently served of these will include Athens, Lisbon and Porto. Travelers from Geneva will also be offered a number of destinations this winter which have previously received only summer services. These include Madeira, Sharm El Sheikh and Tenerife. SWISS is further introducing non-stop service this winter between Geneva and Denmark’s capital Copenhagen. The winter sports season will be a particular focus of SWISS’s Geneva services: for customers from the UK and Scandinavia especially, the carrier will offer an extensive flight program. SWISS also plans to resume its long-haul services between Geneva and New York on selected days of the week with effect from mid-December: up to four weekly flights are envisaged on the route from December 14 onwards.

The winter timetable period will run from 31 October 2021 to 27 March 2022. For greater planning, the new SWISS winter schedules will be published in two steps. The schedules up to and including January 16, 2022 are published today (September 22), while the definitive schedules for mid-January to the end of March 2022 will be published in October. The associated stabilizing finalization of these may also entail cancellations of flights originally planned. Any customers whose flight is cancelled may rebook free of charge or have their ticket fully refunded.

At the Monaco Yacht Show 2021, Lufthansa Technik, the world’s leading provider of cabin interiors for VIP and government aircraft, will for the first time preview a new pioneering cabin design study for long-haul aircraft. The design, called ‘Explorer’, is based on the current trend for superyachts of the same name, which optimally fulfill their owners’ wishes to “go anywhere at any time” and “discover the world”.

For the design study, the specialists of Lufthansa Technik’s VIP business chose the Airbus Corporate Jet ACJ330 as the platform. As a classic widebody aircraft, it offers sufficient space for a large number of new cabin ideas. At the same time, only a few ACJ330 cabin concepts have been presented to the market so far, so a great deal of customer interest can be expected.

Wieland Timm, Head of Sales VIP & Special Mission Aircraft Services, at Lufthansa Technik, commented: “Lufthansa Technik regularly develops new VIP aircraft cabin concepts that both meet the latest market requirements and represent the latest trends. With this red-hot study we continue this tradition in an innovative way. We are developing the ‘Explorer Design’ for a completely new target group.”

Jan Grube, Sales Director in Lufthansa Technik’s VIP & Special Mission Aircraft Services division, who accompanied the development of the new study, added: “Over the last few months we have intensively analyzed the visual context and the typical elements of the EXPLORER boat class in order to transfer the design idea behind it from the water to the air, and thus into a new cabin design. The interior elements, which also integrate brand-new features, are therefore deliberately kept multi-functional.”

In developing the cabin floor plan, emphasis was placed on a wide range of possible uses. In addition to classic room elements such as bedrooms and guest rooms, bathrooms, offices, dining and conference areas, the study shows a variety of new ideas. One example is a projection system that covers large areas of the ceiling and sides of the cabin and can thus generate a new design on the walls and ceiling depending on the projection content used, such as an underwater world. The current design is designed for around 10-16 VIP passengers and explicitly focuses on meeting the requirements of these passengers in terms of a maximum positive “passenger experience”.

The cabin concept is still being finalized, and Lufthansa Technik will present the complete study with further “surprises” at the Dubai Air Show in November of this year. However, visitors to the Monaco Yacht Show can already see first impressions of the “Explorer” design and obtain further information about it in the Lufthansa Technik Lounge in the Monaco Yacht Club (harbor side / first floor).

Binter Canarias is maintaining operations at La Palma Airport despite the active nearby Cumbre Vieja volcano on the island of La Palma in the Canary Islands, Spain.

The airline announced on social media it was monitoring the current wind conditions and would continue to maintain operations on the island if safety permits. 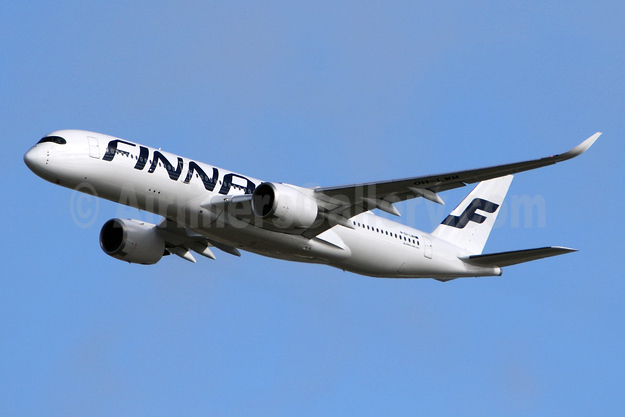