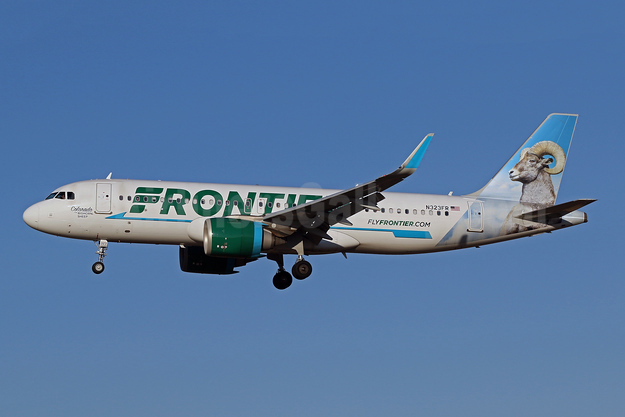 Frontier Airlines and Denver International Airport (DEN) celebrated a ceremonial groundbreaking for the new 120,000-square-foot ground boarding facility on the east end of Concourse A at Denver International Airport. The project includes the remodeling of 83,000 square feet of space, along with a 37,000 square-foot expansion area. The facility will feature 14 gates and an adjacent 8,000-square-foot maintenance facility.

The new facility will feature a variety of customer conveniences including charging stations, nursing room, pet relief area, food and retail operations and a customer service center. Escalators will transport customers from the existing Concourse A to the new ground-level facility. Air stairs and switchback ramps will enable dual door boarding and deplaning.  Frontier will have preferential use and scheduling rights for the 14 gates, along with exclusive branding rights throughout the facility.

A new 8,000-square-foot maintenance facility will allow for centralization of personnel and parts in close proximity to the gates.

The entire facility will be complete and operational by mid-2024.

Southwest Airlines is celebrating the completion of a major infrastructure investment to support its long-term vision for its Denver operation with the opening of a new Technical Operations complex at Denver International Airport (DEN). The nearly three-year, $100 million, 130,000 square foot project includes a large aircraft maintenance hangar and room for offices, training, and warehousing to support the carrier’s Technical Operations Team; and represents Southwest’s® continued commitment to Denver by bringing more job opportunities to the community.

The new hangar adds an important location within Southwest’s network to support scheduled, overnight maintenance of its fleet of nearly 730 Boeing 737 aircraft*. The facility includes:

The Technical Operations Team will begin moving into the facility in the coming weeks. The hangar joins six other Southwest Airlines® aircraft maintenance hangars located throughout the country including Atlanta, Chicago (Midway), Dallas (Love Field), Houston (Hobby), Orlando, and Phoenix.

Southwest Airlines will begin moving into the first gates of a 16-gate expansion project on the C concourse within the next few months. Once completed, Southwest will have the ability to use up to 40 gates, the most gates it has at any airport it serves.

With the anticipated growth in the coming years, the airline is doing preliminary work to build larger spaces for its Provisioning, Ground Support Equipment, and Cargo Teams. It is also creating an expanded People Department at DEN, which will support the airline’s robust recruiting efforts. Today, the airline is one of the largest employers in the city with nearly 5,000 People based in Denver.

American is closely monitoring the winter storm currently expected to bring heavy snow and strong winds through several Colorado cities. The safety of our customers and team members is the airline’s No. 1 priority, and the team will remain in contact with those impacted by this harsh winter storm.

Earlier this week, American issued a travel alert for nine stations in Colorado, allowing customers whose travel plans are impacted by this storm to rebook without change fees. Customers can reschedule their travel on aa.com or by contacting Reservations at 800-433-7300 in the U.S. or Canada. If a customer chooses not to fly to/from an airport covered by the current waiver, American will waive change fees for future travel. Customers are also encouraged to check the status of their flight on aa.com.

The storm should reach peak intensity on Sunday, bringing snowfall amounts of possibly 4 feet for the highest elevations while one foot to two feet could be quite common across the nearby central High Plains.

Widespread travel impacts are likely as strong winds combining with snowfall rates of one to two inches per hour to produce blizzard conditions for some areas. Blizzard Warnings, Winter Storm Watches and Warnings have been issued for much the central Rockies to the central High Plains to the Black Hills of South Dakota. At the same time, strong to severe thunderstorms are forecast to move across the southern Plains ahead of a strong cold front associated with the intensifying low pressure system, reaching into the mid-Mississippi Valley by Monday. In addition, dry and strong downslope winds to the south of the storm are expected to promote elevated to critical fire danger across the southern High Plains.

Our snow team is the best & they are ready to go when the ❄️ arrives! We're expecting heavy snow to begin this afternoon. DEN has 200+ pieces of equipment dedicated to keeping our airfield clear & safe during the storm. Thanks to these crews who will work throughout the storm! pic.twitter.com/W2SrxAraRy

United Airlines today hosted an event in partnership with Denver International Airport (DEN) celebrating the recent decision from Denver City Council to approve the lease of an additional 24 gates by the airline at DEN, paving the way for local travelers to access more flights to more places than ever before. United Airlines CEO Oscar Munoz joined Denver Mayor Michael B. Hancock to sign United’s proposal to amend its current lease, solidifying United’s plans to grow its Denver hub from 500 to as many as 700 daily flights by 2025. The additional gates are a combination of newly constructed and existing gates, and part of DEN’s $1.5 billion Concourse Expansion Program.

On Jan. 21, the Denver City Council unanimously approved an amendment for United’s lease of additional gates.

In the past five years, United has added more than 100 flights and almost 40 new markets departing from Denver as the company continues to connect Denver to the world conveniently, comfortably and reliably. United has consistently outperformed its peers at DEN – achieving better on-time performance than its top competitor for each of the last 59 months and, despite operating twice as many flights, United had fewer cancellations the last two years than Denver’s second-largest airline.

United’s international offerings are also growing and the airline’s Denver to London route, introduced in 2018, quickly shifted from seasonal to a daily, year-round flight. And due to the success of flights between Denver and London, Frankfurt and Tokyo, United will begin using a larger aircraft, the Boeing 787-9, on these routes starting in June, adding nearly 100 daily seats each way to these popular destinations. United’s growing domestic and international flight offerings have also created thousands of additional connection opportunities for customers traveling through Denver.

The additional gates, located in Concourse A and B, will offer more mainline and regional capabilities. In addition to the gates, United will expand existing United Clubs and add a new Club on Concourse A.

United Airlines has announced it has exceeded the 500 flights a day threshold on certain days during the summer season. This is a new record for the carrier at DEN (both airports).

Southwest Airlines has announced during its Annual Meeting of Shareholders in Denver, Colorado, that it intends to begin construction on its first maintenance hangar at the Denver International Airport this summer.

The nearly $100 million investment will allow Southwest’s Mechanics to work on up to three aircraft inside the 130,000 square-foot hangar. There will be parking and facilities outside the hangar for eight additional aircraft. Ground breaking is expected to occur within the next few months and the hangar is anticipated to be completed in late 2020.

The facility can house the 75 Technical Operations Employees currently working in Denver, who are responsible for maintaining Southwest’s all Boeing 737 fleet. Once opened, it’ll join the six other hangars located in Atlanta, Chicago, Dallas, Houston, Orlando, and Phoenix. Overall, the Carrier employs more than 4,000 People within its Technical Operations department.

Southwest carries more local travelers to and from Denver than any other carrier. Denver International Airport is also one of the carrier’s top five airports in terms of daily departures in its network of more than 100 cities and offers up to 224 daily departures for sale to nearly 70 nonstop destinations. The carrier employs 4,200 People in Denver.

United Airlines today unveiled its state-of-the-art flight training center in Denver, Colorado. The single-site training center is the largest in the world and home to the company’s more than 30 full flight simulators representing all of United’s fleet types.

The flight training center is visited by United’s more than 12,000 pilots at least once a year for new and recurrent training and is also the largest single-site training facility for other airline pilots. More than two dozen other airlines and government agencies send their personnel to train at the industry-leading facility. In addition to pilot training, the facility hosts flight attendants and maintenance technicians for emergency training and other activities.

“This state-of-the-art flight training center symbolizes the investments we’re making in our people and our company, both in Denver and throughout our network,” said Oscar Munoz, CEO of United Airlines. “In addition to providing industry-leading training for our pilots, flight attendants and other vital work groups, this facility will become a thriving center where we foster the professional culture, commitment to safety and dedication to customer service that’s at the heart of the United success story we are seeing take shape.”

United has been training pilots in Denver since 1943. The current campus first opened in 1968 with four buildings, expanded in 1992 with a fifth building and expanded again in 1997 with the addition of a sixth building. In 2015, the company made the decision to consolidate its flight training centers in Denver, kicking off the renovation and nearly doubling the number of flight simulators at the facility. United recently broke ground on a seventh building, which will bring the campus to nearly 540,000 square feet including eight more full flight simulator bays.

United is Denver’s largest airline offering more flights and more seats from the Mile High City to more destinations around the world than any other carrier. United operates more than 450 daily flights to over 150 airports worldwide from Denver. United will launch 12 new markets in Denver by the end of 2018 and is planning additional new markets for 2019. United has a storied history in Denver, serving the community for more than 80 years, and benefits from a great partnership with local leaders at the city and state levels, including Governor John Hickenlooper and Denver Mayor Michael B. Hancock, who understand the importance of a thriving aviation sector.

Frontier Airlines (2nd) (Denver), under its new ownership group, is slashing 1,160 Denver jobs according to the Denver Post. The company informed its Denver employees yesterday it is outsourcing all ramp, baggage, gate and ticket counter positions at Denver International Airport according to the report. Contractor Swissport will take over the positions in March. Denver was the last Frontier station that serviced its flights with its own in-house employees.

In other news, Frontier Airlines discontinued service from Trenton (Mercer County) to Nashville, St. Louis, Indianapolis, Milwaukee and Cleveland on January 6 due to low demand.

Frontier Airlines (2nd) (Denver) is gradually dropping its spoke routes from and to its hometown Denver International Airport hub due to rising costs.

Copyright Photo: Ken Petersen/AirlinersGallery.com. Airbus A320-214 N227FR (msn 6184) in the new look taxies to the gate at Raleigh-Durham.

Frontier Airlines (2nd) (Denver) is planning to cut the number of flights and jobs at its Denver International Airport hub according to The Denver Post.

CEO Dave Siegel has told employees that increased taxes and landing fees has made the DEN hub unprofitable. In the past year the airline has been adding routes at other locations including Trenton and Cleveland as we have reported.

Siegel sites the 30 percent increase in landing fees over the past three years as the main culprit in making DEN connections unprofitable.

Currently the airline operates 85 daily flights but this will decrease to around 70 in January according to the report.