Ethiopian Airlines has made yet another history on March 7, 2020 operating an all-women functioned flight to Washington DC. Africa’s Largest Aviation Group and SKYTRAX Certified Four Star Global Airline has scored the all-female flight crew feat highlighting the airline’s progress in empowering African women, and the contribution of women to the socio-economic development of the continent.

Regarding the all-women functioned flight, Ethiopian Group CEO Mr. Tewolde GebreMariam, remarked, “Ethiopian firmly believes that such remarkable flights inspire African women and young girls to dream big and realize their dreams not only in aviation, but also in science, technology, engineering, art and other fields. While we celebrate the economic, social and political achievements of women in Africa, we take a bold move towards further championing gender equality in Ethiopia and Africa at large.”

Ethiopian all-women flight crew flew the Boeing 777 from Addis Ababa to the US capital while other female professionals handled all the ground operations including flight dispatch, load control, ramp operation, on-board logistics, safety and security, catering as well as air traffic control.

As an equal opportunity employer, Ethiopian creates an enabling environment for women to become the next generation aviation experts.

The airline has seen a remarkable rise in the number of women in different leadership positions. Ethiopian has been operating all-female flights since 2015. The airline has so far flown to Bangkok, Kigali, Lagos, Buenos Aires and Oslo with all female crew.

“A draft interim report from Ethiopian crash investigators circulated to U.S. government agencies concludes the March 2019 crash of a Boeing Company 737 MAX was caused by the plane’s design, two people briefed on the matter said Friday.”

Ethiopian Airlines Bombardier DHC-8-402 (Q400) ET-AQC operating flight ET 357 from Juba to Addis Ababa on December 10 with 21 passengers and crew members on board overran the runway on takeoff at Juba.

There are no injuries but the aircraft is damaged.

Photos by the Kenyan Aviator:

Ethiopian Airlines has launched a passenger flight to Bengaluru, India on October 27,  2019.

The capital of the Indian state of Karnataka, Bengaluru is dubbed ‘Silicon Valley of India’ and serves as the center of technology and innovation.

The four weekly direct flights to Bengaluru will be as per the below schedule:

Ethiopian Airlines has announced the resumption of its flight to Athens, Greece effective December 13, 2019.

Ethiopian has resumed the service to the city of Athens after 18 years. Athens marks Ethiopian’s 20th destination in Europe.

The thrice weekly flight to Athens will be operated by the Boeing 787 Dreamliner. 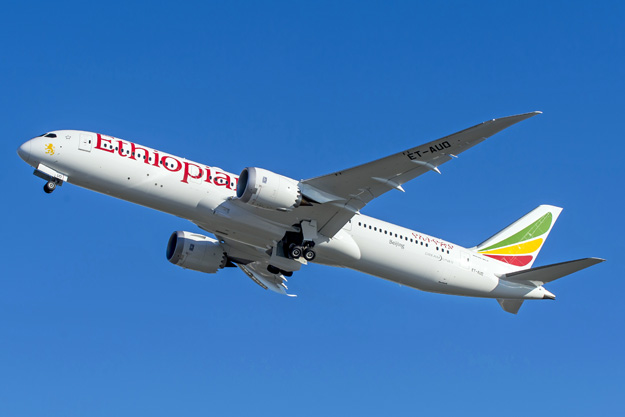 The flight to Athens is per the below schedule:

The new Houston flights will be operated via the Ethiopian West African Hub in Lomé, Togo, and will facilitate the travel of the large African community in the Houston area as well as the oil and gas industry and other companies doing business in the region. 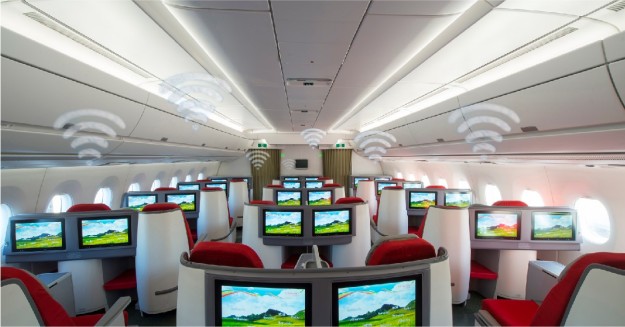 Ethiopian Airlines has made this announcement:

With the state-of-the-art broadband satellite technology, passengers can rest assured that they will enjoy reliable connectivity for sending emails, shopping online or even chatting on social media while flying over the clouds.

Passengers can access the inflight connectivity service by purchasing vouchers at Ethiopian Airlines sales outlets including Addis Ababa International Airport customer service desk, boarding gate and cabin crews onboard the fights. Online sales through credit/debit card and ShebaMiles miles are also additional options for passengers to enjoy the service. The inflight WiFi can be accessed with smart phones, tablets and laptops.

The inflight WiFi internet is initially launched on the A350 fleet of Ethiopian with further plans to expand the service on other airplanes deployed on long haul flights.