All Nippon Airways (ANA), Japan’s largest and 5-Star airline for nine consecutive years will feature the art and characters of the anime TV series “Demon Slayer” through a special limited promotion. In addition to a specially painted aircraft depicting characters from the show, domestic flights will offer Demon Slayer-themed paper cups and special paper toys for children. As part of the collaboration, planned for one year beginning from Dec. 1, 2021, episodes of the show will also be available as in-flight entertainment on domestic and international flights.
“We are excited to partner with Demon Slayer to generate excitement and share Japanese culture with a wider audience,” said Junko Yazawa, Senior Vice President, Customer Experience Management & Planning of ANA. “At ANA, we are constantly looking for ways to improve the travel experience, whether that be through the expansion of our award-winning service, the extension of our hygiene protocols or new entertainment experiences. We are confident that when our Demon Slayer-themed aircraft enter service in January 2022, they will offer a unique flight experience.”

About “Demon Slayer”: A TV anime series based on the manga by Koyoharu Gotouge, published by Shueisha Jump Comics, which has sold over 150 million copies in its first 23 volumes. The story, featuring a boy named Tanjiro Kamado, whose family has been killed by demons and becomes a demon slayer in order to bring his sister, who has been turned into a demon, back to human form, has gained popularity for its story, and has become a hit series not only in Japan but all over the world. From October 16, 2020, “Demon Slayer: Kimetsu no Yaiba – The Movie: Mugen Train” which is the continuation of the TV animation was released as a theatrical animation, and from December 5, 2021, the new TV animation series will be broadcast.

In the first six months of fiscal year 2021 (April 1, 2021 – September 30, 2021; hereinafter the “six months ended September 30, 2021”), the Japanese economy is slowly recovering despite effects of the COVID-19 pandemic. The airline industry has seen signs of recovery in demand for domestic flights in the United States and other countries. However, challenges still exist due to restrictions on entry and travel in many countries.

Under these economic conditions, operating revenue for the first half of FY 2021 increased from the same time period for the previous year, reaching 431.1 billion yen. The continued impact of COVID-19 resulted in an operating loss of 116.0 billion yen, an ordinary loss of 115.5 billion yen, and a net loss attributable to owners of the parent of 98.8 billion yen, while overall losses are decreasing year-on-year.

“In the face of prolonged adversity and continuously changing market demands, ANA HD has leveraged its assets and expertise to adjust fundamental aspects of our business model to reflect the shifts in demand that have been caused by the pandemic,” said Ichiro Fukuzawa, Executive Vice President and Chief Financial Officer of ANA HOLDINGS INC. “I am proud of how the entire ANA team has responded to the pandemic, and their hard work and dedication has helped place the ANA Group on an upward trajectory that will return our entire business to profitability in the near future. We will continue seeking opportunities to drive growth that will persist after the pandemic and accompanying travel regulations subside.”

Despite still being significantly impacted by the COVID-19 pandemic, passenger demand increased from the previous year, and by proactively working to capture the strong cargo demand which achieved record high revenue on a half-year basis, operating revenue exceeded the amount recorded during the same period of the previous year. While ANA HD still recorded an operating loss, reductions in fixed costs such as personnel costs as well as depreciation, amortization and maintenance costs which were achieved through the early retirement of aircraft in the previous year have helped improve profits and curtailed losses compared to the same period the previous year.

The Group provided transportation as an official airline partner of the Tokyo Olympic and Paralympic Games. In addition, ANA was selected as the best airline in four categories – including cabin cleanliness – in the SKYTRAX World Airline Awards 2021.

Airline Related, Travel Services, Trade and Retail, and Others

As a result, we have revised the consolidated financial forecast for the fiscal year ending March 31, 2022, as shown in the table below.

ANA – All Nippon Airways made this announcement:

In the current fiscal year, ANA has responded to the decline in demand for both domestic and international routes caused by COVID-19 by reducing the number of flights and adjusting operations to optimize business. However, to meet the strong demand for cargo transportation, ANA has responded by demonstrating flexibly in its business plans, actively operating freighters, and passenger aircrafts for cargo operations.

As demand in overseas markets continues to recover alongside vaccine availability and increasing vaccination rates, ANA expects for demand within the Japanese market to follow. ANA will continue to closely monitor demand and is committed to increasing flexibility so that it can respond appropriately to future trends.

The key points for the second half of FY2021 are as follows:

Routes to be increased for specific date ranges

Routes to be temporarily suspended or reduced for specific date ranges 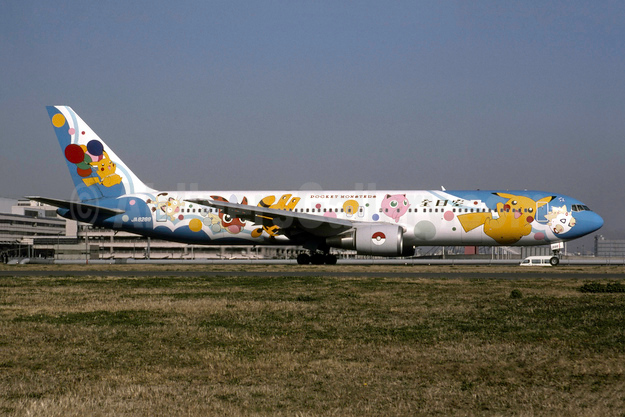 All Nippon Airways (ANA), Japan’s largest and 5-Star airline for eight consecutive years, has partnered with JAMCO Corporation to develop the world’s first hands-free door that allows easy access to lavatories on its aircraft. The innovative door was developed as part of the ANA Care Promise initiative, and will help limit potential vectors for the transmission of pathogens. The first hands-free doors will be introduced to domestic flights starting May 1.

“Guided by the principles of ANA Care Promise, we have continued to invest in the development and implementation of innovative technologies because the health and safety of passengers and our staff is the top priority,” said Shinichi Inoue, Senior Executive Vice President, Customer Experience Management & Planning. “The hands-free lavatory door is the latest example of us putting this principle into practice as we look for ways to make the travel experience safer and more convenient.”

The new lavatory door is equipped with a large inner door locking knob and an additional handle so that passengers can use their elbows to unlock the door. Because the door mechanism is different to those found on other aircraft, signage has been placed near the lavatory to provide operational instructions.

The hands-free lavatory will be installed on 11 Boeing 787-8 Dreamliners, two Boeing 787-9 aircraft, and eight Boeing 777-200s. The initial installation will be for aircrafts serving domestic routes, while ANA hopes to introduce the system to all domestic and international aircraft in the future.

To help mitigate the spread of COVID-19 and other pathogens, ANA has instituted the ANA Care Promise program which goes above and beyond the recommendations from public health officials in order to keep passengers and employees healthy. With such efforts, ANA is the first airline in Asia and only the fourth in the world to receive the SKYTRAX Airline Safety 5-Star rating which confirms the effectiveness of ANA Care Promise.

ANA – All Nippon Airways has made this announcement:

All Nippon Airways (ANA) will temporarily change its flight frequency to select cities. Based on changes to immigration guidelines, recently instituted public health quarantine measures and passenger demand trends due to the widespread impact of COVID-19, we have decided to review our flight schedules from November to January for select routes. We apologize for the inconvenience caused and appreciate your kind understanding.

ANA will continue to monitor local immigration restrictions and quarantine guidelines as well as demand trends and travel viability as it decides on the frequency of flights and when to resume certain routes. In addition, ANA will promote the “ANA Care Promise,

“, its initiative to provide a clean and hygienic environment at airports and aboard aircraft so that all customers can travel safely and comfortably.

Additional Announcements as of today:

Additional Announcements as of today:

Due to the strengthening of quarantine measures in each region, changes in immigration conditions and other precautions are being implemented. For customers planning to travel, please check the latest information from embassies, consulates, and health institutions in your destination.

From September 25, all visitors traveling from Japan to China will be required to obtain a certificate showing negative results from a PCR test taken within 3 days prior to the departure date.

ANA Holdings has announced transformative measures to a new business model, designed to strengthen the company’s operations and position itself for future growth. Through the ongoing crisis, ANA has taken steps to independently maintain our business operations, ranging from the suspension of flights to cost cutting measures. However, as the outbreak of COVID-19 is yet to settle, the ANA Group will carry out structural business reforms to address how travel has changed to build resilience toward any future global risks.

“ANA HD is embarking on an ambitious transformation that will strengthen operations and position it for long term growth and success in a market still reeling from COVID-19,” said Shinya Katanozaka, President and Chief Executive Officer of ANA HOLDINGS INC. “As we work to fully account for the current situation, we will introduce a new business structure based on two major strategies. This comprehensive transformation initiative is not simply about cutting costs, instead it will address how travel has changed so that ANA HD has a framework for an entirely new, future-oriented operational strategy.”