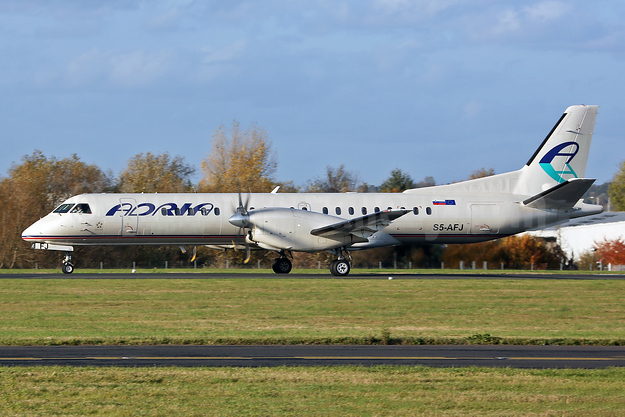 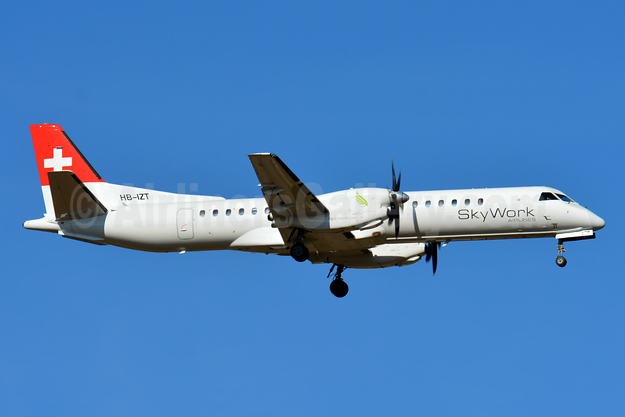 SkyWork Airlines (Bern) was declared bankrupt on August 28, 2018 and halted all operations on the following day.

SkyWork Airlines has stopped operations with immediate effect. We would like to thank you for your loyalty during the past seven years.

The Federal Office of Civil Aviation-FOCA issued this statement:

Bernese Regional Air Line Skywork Airlines AG ceased operation with immediate effect due to economic reasons. 11’000 passengers, which made bookings, are affected by the cease of operation.

Previously on October 16, 2017, the Federal Office of Civil Aviation announced it would to terminate SkyWork’s air operator’s certificate (AOC) after October if the airline failed to provide information on sufficient funds to maintain operations during the winter schedule.

SkyWork Airlines was unable to provide the necessary funding and was forced to cancel all flights for the winter schedule.

Negotiations failed to find a new investor and the airline decided to declare bankruptcy. 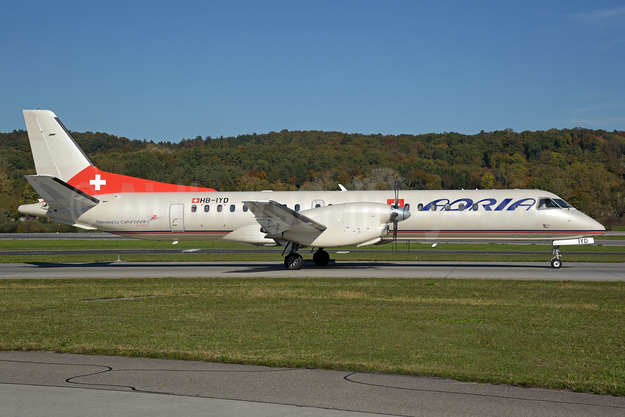 Adria Airways has made this announcement:

After the announcement of expiry of SkyWork Airlines AG operating licence and cancellation of its flights from Bern (Berne), the Star Alliance carrier Adria Airways will establish flight connections from Bern starting on November 6, 2017.

Update: Adria Airways cancelled plans for Bern service with the resumption of operations by SkyWork Airlines.

On June 25, 2017 BRA – Braathens Regional Airlines (Stockholm-Bromma) flew for the last time with the SAAB 2000. The last flight was operated from Stockholm-Bromma to Umeå.

On landing the crew was met by the tradtional water cannon salute.

Etihad Airways has received the approval from Switzerland’s Federal Office of Civil Aviation to take a 33.3 percent stake in Darwin Airline – a Swiss regional carrier.

Beginning January 2014, according to a brand partnership deal with Etihad Airways, Darwin Airline has operated as Etihad Regional.

FOCA’s approval of the investment now allows Etihad and Darwin to fully benefit from the partnership, including using codeshares on each other’s flights.

“Because of the time it took to secure this deal, and due to the fierce competition during this period, Etihad Regional has been obliged to withdraw or reduce services on numerous routes. They were launched based on the fact that they would benefit from the support of traffic running between our global network and our Etihad Regional European network,” said James Hogan, President and CEO of Etihad Airways.

Darwin Airline (Etihad Regional) (Lugano) will drop routes from Zurich to Lugano and Linz and from Geneva to Toulouse and Nice. The four routes were unprofitable.

Etihad Airways (Abu Dhabi) has restated its confidence in the regional carrier. Darwin is attempting to finalize its business relationship and investment by Etihad with the European regulatory authorities.

Eastern Airways (Humberside) has signed a new codeshare agreement with Wideroe (Bodo) which will provide UK travellers greater Norwegian connections via Aberdeen and Newcastle, along with improved access to the Norwegian carrier’s comprehensive network of Scandinavian destinations.

As part of the codeshare partnership, Eastern Airways “T3” flight code will continue to be placed on services between Aberdeen and Stavanger and Newcastle and Stavanger. It will also be added to Aberdeen – Bergen services, which are bookable on Eastern Airways website and via travel agents from today (November 17).

Onward connections in Norway are also available on Wideroe’s network, including those to Haugesund, Kristiansand, Skien, Kristiansund, Molde and Sandefjord. In turn, Wideroe will be able to offer connections on Eastern Airways’ network to Norwegians travelling onwards within the UK.

Wideroe is Scandinavia’s largest regional airline operating to more than twice as many airports in Norway than any other airline. It flies to 48 international and domestic destinations.

Humberside Airport based Eastern Airways has been providing flights from Aberdeen since 1997 and Newcastle since 2003.

Eastern Airways (Humberside and Aberdeen) is expanding the size of its SAAB 2000 fleet to nine aircraft with the introduction of an extra aircraft.

The regional airline, which provides a comprehensive domestic network of scheduled services, and is the UK’s leading provider of fixed wing air services for the oil and gas industry, will see the Saab 2000 entering service in the coming weeks.

The Swedish manufactured 50-seater SAAB 2000 is one of the world’s fastest turbo-prop aircraft with its two Rolls Royce engines producing a cruising speed of 425 mph, and low fuel burn due to its efficiency.

This latest addition will be assigned to its charter services operating for the oil and gas industry, which also includes the recently awarded major contract with BP flying between Aberdeen and Sumburgh in the Shetland Isles.

Paul Alcock, Eastern Airways’ managing director, said: “The SAAB 2000 is an extremely flexible aircraft that can operate on both short and longer runways, which is ideally suited to our long term charter services for the oil and gas industry.  The aircraft type is also used on our scheduled network and to European destinations for ad-hoc charters.”

SAAB 2000 aircraft were first introduced to Eastern Airways fleet in 2004 and the latest addition increases the fleet to nine.  The airline is also the largest operator of British Aerospace Jetstream 41s in the world with a fleet of 18.  The remainder of the fleet comprises of four regional jets, including two Embraer 135 and two Embraer 145 aircraft.

A network of services across to 20 airports in the UK, Norway and France is operated by the airline on a fleet of 31 regional aircraft (see route map below).

In January 2014, the airline started a new scheduled service between Leeds Bradford and Southampton and also launched its third domestic route in France with flights between Lorient and Lyon.