“WestJet Airlines will cancel 15% of scheduled flights in January because the rapidly spreading Omicron variant of COVID-19 has left the airline unable to fully staff its operations”.

The time invested in the negotiations by both parties, leading up to ratification, was necessary to work through the many complex terms and conditions.

WestJet today announced new nonstop service between Calgary, AB and Seattle/Tacoma, WA. As the airline with the most flights from Calgary, the new nonstop service to Seattle will operate four-times weekly beginning November 4, 2021, on WestJet Encore’s Q400 aircraft and will increase to two-times daily on May 19, 2022.

With Canada’s border restrictions easing on August 9, 2021, WestJet is continuing to build upon its network position as Western Canada’s largest air carrier with the introduction of new service between the two iconic cities.

Details of WestJet’s new service between Calgary and Seattle/Tacoma:

WestJet today announced it will restore flights to the communities of Charlottetown, Fredericton, Moncton, Sydney and Quebec City after service was suspended as a result of COVID-19. The reinstatement of service will restore WestJet’s complete network of pre-COVID-19 domestic airports.

Service is set to resume to the five airports WestJet suspended service from in November, beginning June 24, 2021 through to June 30, 2021. In addition, service between St. John’s and Toronto, which was indefinitely suspended in October, will resume effective June 24, 2021. Following a temporary suspension, the restart of service between St. John’s and Halifax will be advanced from June 24, 2021 to May 6, 2021. Full schedule details and restart dates are outlined below.

Recognizing the investments that WestJet’s travel and tourism partners in the regions need to make to begin to recover from the pandemic, the airline will continue to encourage the Atlantic premiers to advance their efforts to ensure the region is open to Canadians this summer. 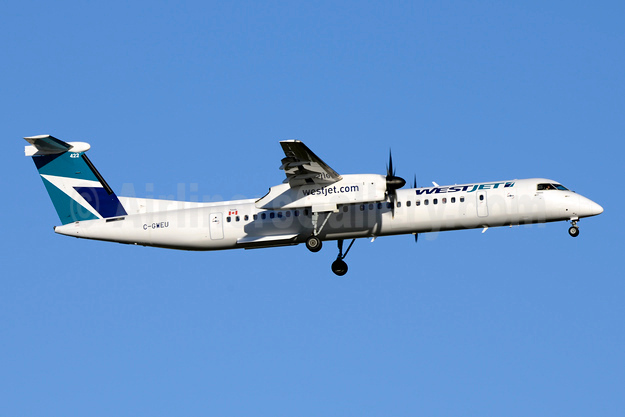 WestJet has made this announcement:

This summer, WestJet will operate over 740 daily flights in peak summer to 92 destinations including 42 in Canada, 23 in the United States, 28 in Mexico, the Caribbean and Central America, and five in Europe.

CUPE has made this announcement:

CUPE has filed an application at the Canada Industrial Relations Board to represent flight attendants at WestJet Encore.

A majority of WestJet Encore flight attendants have signed cards supporting unionization with CUPE, after citing the need for better schedules and better opportunities for career advancement among their reasons for seeking to unionize. CUPE is thrilled to get to work improving the lives of Encore staff.

“CUPE has industry-leading experience and expertise in improving the working conditions and the lives of our flight attendant members,” said CUPE National President Mark Hancock. “We look forward to adding Encore flight attendants to our airline family.”

Flight attendants have a tough job ensuring the safety of their passengers at 20,000 feet, along with challenging working conditions and often unpredictable schedules. But being part of a union makes a world of difference, as flight attendants at WestJet mainline can already attest. “Most definitely, my life is a lot better after joining CUPE,” said Kruti Sutaria, who is now the secretary-treasurer of CUPE Local 4070, representing WestJet mainline flight attendants.

WestJet has issued the following statement from President and CEO Ed Sims regarding the application for certification of its WestJet Encore flight attendants by the Canadian Union of Public Employees (CUPE).

“We respect the individual rights of our employees to choose their representation. The caring and passionate nature of all employee groups will ensure we collectively deliver on our strategy of becoming a global network airline while keeping safety at the forefront.”

WestJet today announced it is adding more choice for travelers in London, Ontario and Montreal this summer with a new daily service starting June 24 through October 15 on WestJet Encore.

Details of WestJet’s service between London and Montreal:

WestJet has announced new twice-weekly, nonstop service between Calgary and Terrace, B.C., effective September 4, 2018. This new route brings the number of nonstop destinations WestJet serves from Calgary to 63, more than any other airline.

Operated by WestJet Encore using Bombardier Q400 aircraft, the additional service will benefit the entire northwest region of the province which continues to be economically strong due to investment in forestry, mining, smelting, hydroelectricity, liquefied natural gas and infrastructure projects in the Kitimat–Terrace industrial corridor.

WestJet Encore also operates twice-daily service to Vancouver. Both routes provide the opportunity to conveniently connect to and from Honolulu, Maui, Kauai and Kona, Las Vegas, Phoenix, Cancun, Puerto Vallarta, Cabo and Mazatlan in addition to connecting to the remainder of WestJet’s extensive domestic, transborder and international network.

Details of WestJet Encore’s new twice-weekly, non-stop service between Calgary and Terrace, are:

“We are pleased to reach an agreement that is simple, fair and provides opportunity for ongoing feedback and adjustments,” said Charles Duncan, President, WestJet Encore. “We wanted to create something with flexibility built in, so we could address concerns brought forward by our team in a timely matter. This agreement highlights the benefits of leaders and WestJetters working directly together. I thank the WCCA, our WestJet Encore CCMs and the Encore leadership team for their work on this agreement and genuine commitment to our business and our people.”