“Boeing Company has advised key airlines and parts suppliers that 787 Dreamliner deliveries would resume in the second half of 2022, a crucial landmark for an industry eager for a post-COVID recovery, three people familiar with the matter said.

Boeing’s swollen 787 inventory, amassed since it halted deliveries nearly a year ago over structural flaws, has locked up desperately needed cash and cut airline capacity.”

“Boeing’s delivery of 787 Dreamliners will likely remain halted until at least late October as the U.S. Federal Aviation Administration has rejected the company’s recent proposal to inspect them, the Wall Street Journal reported on Saturday.”

Boeing has not commented.

AerCap Holdings N.V. has announced it has signed lease agreements with Norse Atlantic Airways for the lease of six used Boeing 787-9 Dreamliners and three used Boeing 787-8 Dreamliners. All nine aircraft are powered by Rolls Royce Trent 1000 engines and are scheduled to begin delivery during 2021.

Norse Atlantic Airways, based in Norway, plan to launch long-haul low-cost services, connecting major cities in Europe and the USA.

Established in February 2021 and expected to be listed on the Euronext Growth Exchange in Oslo on April 12, 2021, Norse Atlantic expects to be taking-off with its first flight in December 2021.

“The U.S. Federal Aviation Administration on Wednesday issued an airworthiness directive for certain Boeing Co 787 airplanes, asking for inspection of the jets following reports of torn decompression panels in the bilge area.

The directive comes as Boeing grapples with multiple production flaws on its 787 Dreamliners that have triggered intensive inspections and more than 80 undelivered planes.”

“Airline pilots have voiced fears over the safety of a fleet of Boeing aircraft after a crucial fire-fighting system has been found to have the potential to malfunction.

Boeing has issued an alert to airlines using its flagship Boeing 787 Dreamliner, warning that the switch used to extinguish an engine fire has failed in a “small number” of instances. The switch also severs the fuel supply and the hydraulic fluid to prevent flames spreading.”

United Airlines issued these photos to ring in the new year on social media: 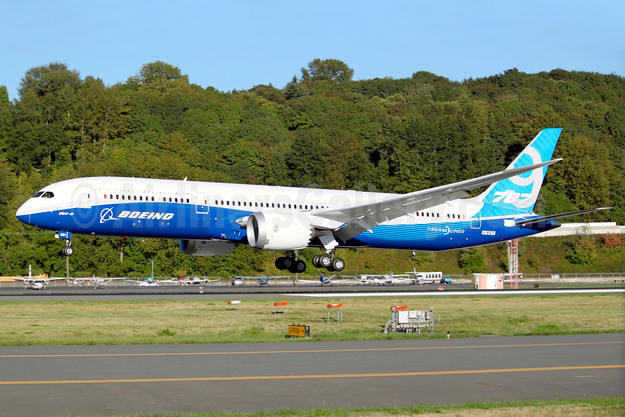 Boeing and El Al Israel Airlines on June 21, 2017 finalized an order for three 787 Dreamliners at the 2017 Paris Air Show, firming up additional commitments originally announced in 2015.

Valued at more than $729 million at current list prices, the order includes two 787-8s and one 787-9. EL AL now has six unfilled orders for 787s, with lease agreements in place for a further seven Dreamliners.

El Al has been an all-Boeing carrier since taking delivery of its first new Boeing airplane in 1961 and currently operates a fleet of more than 40 airplanes including Next-Generation 737s, 747s, 767s and 777s. The Tel Aviv based carrier is set to take delivery of its first 787-9 later this summer.