Royal Jordanian Airlines has been stressed financially by the COVID-19 pandemic and travel restrictions.

The flag carrier is seeking $282 million in state aid in two packages of $141 million in 2022 to recover from its losses and to purchase new aircraft.

Sky Cana formally clarifies that flight operations to and from the United States are being carried out through a strategic alliance with Air Century, where Air Century is the air operator, operating under its AOC, Sky Cana acting as a ticket agent, is up to at the moment, a commercial brand, not an authorized airline for this type of operation.

Indeed, as Sky Cana we are doing all the pertinent governmental and permitting procedures so that when the time comes to operate under our own AOC.

We apologize for the confusion this may have caused the consumer and government entities.

Nordwind airlines will start new service from St. Petersburg to Skopje on September 21, once a week, on Tuesdays according to the following schedule:

As of September 29, Nordwind Airlines plans to increase the flights frequency from Moscow to the capital of North Macedonia. Direct flights Moscow – Skopje flights will be operated three times a week – every Monday, Wednesday and Friday. Travel time will take 3 hours 35 minutes. 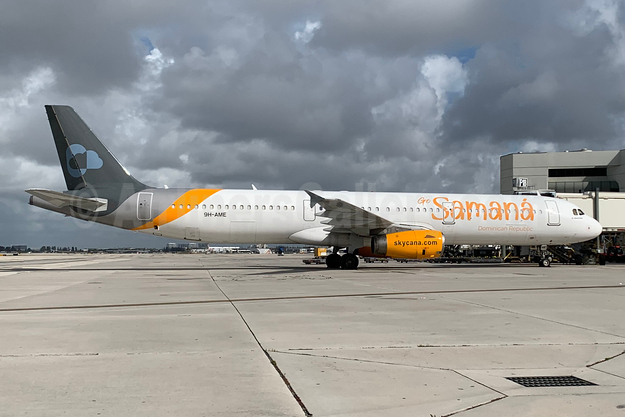 The aircraft promote popular destinations in the D.R. such as Samana and Puerto Plata.

Frank Diaz is the CEO (above). 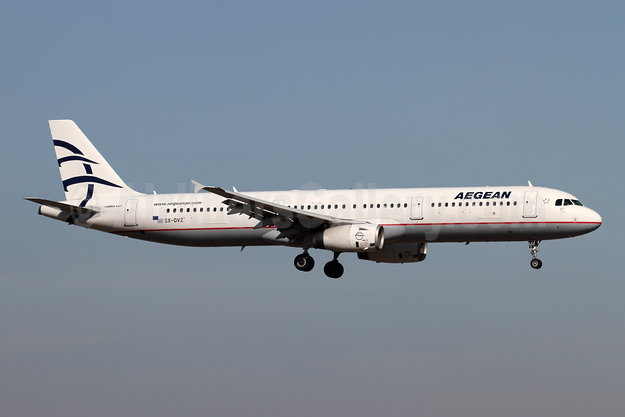 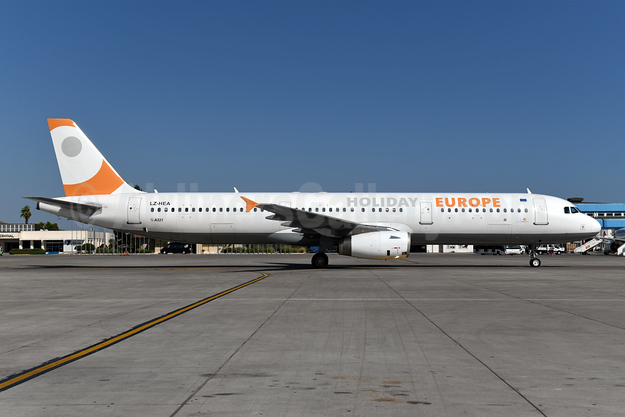 Holiday Europe is a new airline based in Bulgaria. The new carrier was established in 2019 under its Bulgarian AOC (Air Operating Certificate) at its base in Sofia.

The new carrier launched its flights with one Airbus A321-200 aircraft on August 24, 2019. The first flight was from Antalya to Nuremberg, Germany.

Holiday Europe plans to operate to these airports, mainly in Europe:

Spirit Airlines made this short announcement on social media:

Keep an eye out on the sky, as we are excited to bring the magic of Disney’s Dumbo to one of our Spirit planes. This special addition to our fleet is another opportunity to surprise and delight our valued Guests and showcase our fun and friendly service. Don’t miss it, and make sure you catch Dumbo in theaters on March 29!

The company also issued this press release and photo:

Spirit Airlines on March 6 unveiled its specially-themed Airbus A321 that features a larger-than-life image of the beloved Disney character Dumbo. The airline known for inspiring its Guests to take to the skies, is teaming up with Disney to celebrate the upcoming release of its live-action movie “Dumbo,” director Tim Burton’s all-new take on the classic story where differences are celebrated, family is cherished, and dreams take flight. Dedicated to everyone’s favorite flying elephant known for inspiring many to soar to new heights, Spirit and Disney revealed the new plane with a time-lapse video of the decal wrapping process which took place at Spirit’s state-of-the-art Detroit maintenance hangar.

All other photos by Orlando International Airport. 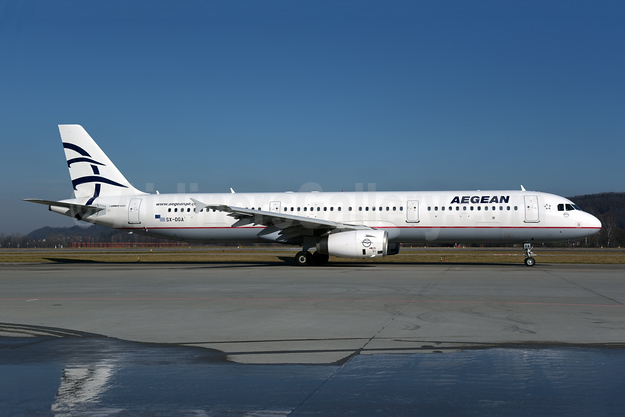 Aegean Airlines 2019 flight schedule envisages increased capacity with additional frequencies and new routes. Investment is directed on both network expansion and the extension of the tourism season.

Specifically, in 2019 Aegean plans to increase the capacity of its international network by 700,000 thousand seats, reaching a total of 10.3 million seats in the international network and 17.7m seats in total, including the domestic network. Increased capacity is offered throughout the year, with the growth stemming mainly from the increase during the winter months as well as at the beginning and at the end of the summer season (i.e. April, May and October).

In 2019, Aegean plans to launch new routes from Athens to Marrakech, Casablanca, Ibiza, Valencia, Sarajevo, Tunis, Skopje, and from Thessaloniki to Hannover.

Aegean will increase frequency and capacity to key Western European markets, from Athens to Munich, Düsseldorf, Berlin, Hamburg, Zurich, Vienna, Madrid, Barcelona, Lisbon and Porto. The increase in the capacity will also come from the initiation of several seasonal routes either earlier in the year or through increased frequencies to Luxembourg, Malta, Venice, Bologna, Naples, Catania and Malaga. In addition, increased capacity will also be offered to Balkans and Eastern Europe. 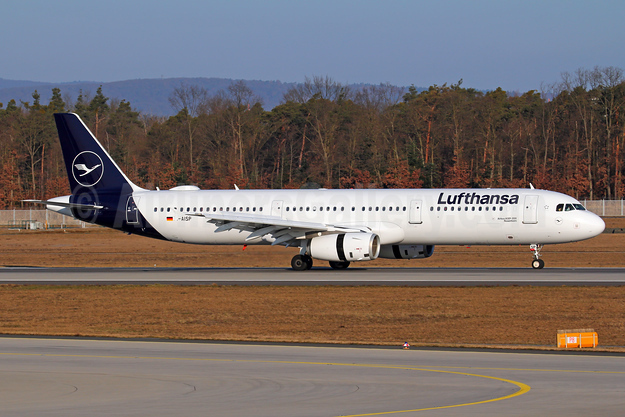 Lufthansa Group achieved an Adjusted EBIT of EUR 2.4 billion for the first nine months of 2018 – a 7.7 percent decline on the prior-year period which is primarily attributable to the integration costs at Eurowings. Adjusted EBIT margin for the period amounted to 8.8 percent. Nine-month results were also burdened by a EUR 536 million rise in fuel costs, an increase in the costs incurred in connection with flight delays and cancellations, and higher maintenance expenses.

“We expect to see our full-year costs increase by more than EUR 1 billion in 2018 due to fuel costs and the extra expenses incurred from delays and cancellations alone,” says Carsten Spohr, Chairman of the Executive Board & CEO of Deutsche Lufthansa AG. “But despite this, we achieved an Adjusted EBIT of EUR 2.4 billion for the first three quarters of this year, the second-best nine-month result in our history. And had it not been for the losses at Eurowings, we would have posted another record earnings result. This is a clear testament to our sustainable financial strength – a strength that we have demonstrated even under challenging conditions this year.”

Unit costs for the period remained stable excluding fuel and currency effects, despite the extraordinary expense. Unit revenues excluding currency effects increased 0.3 percent. The airlines of Lufthansa Group transported some 108.5 million passengers in the first three quarters of 2018, a new record volume. Nine-month seat load factor was also at a record high of 82 percent. The exceptionally strong capacity growth for the period, which was driven by the insolvency of Air Berlin, will be substantially lower in 2019.

“Future growth in the air transport sector will need to pay far more regard to the capacities of the infrastructure in the air and on the ground,” Carsten Spohr observes. “At the same time, we aim to secure the profitability of our airlines through capacity discipline. We also expect the substantial rises in fuel costs to lead to higher ticket prices from 2019 at the latest.”

Free cash flow for the period declined 59 percent to EUR 1.2 billion. The reduction is largely attributable to a 57-percent increase in net investments, which rose to EUR 2.6 billion. Most of this spending – EUR 2.2 billion – was on aircraft and reserve engines. Pension provisions for the period declined 6.2 percent to EUR 4.8 billion, owing partly to the increase in the discount rate from 2.0 to 2.1 percent. Net financial debt declined 14 percent from its 2017 year-end level to EUR 2.5 billion. The debt ratio (adjusted net debt in relation to Adjusted EBITDA) was reduced accordingly, declining 0.2 points to 1.5.

Eurowings reports an Adjusted EBIT of EUR -65 million for the first nine months of 2018. The EUR 210 million decline on the prior-year period is attributable in particular to a non-recurring expense of EUR 170 million for completing the integration of parts of the former Air Berlin, and to additional costs incurred as a result of flight delays and cancellations.

“In 2017 we seized a historic opportunity in the consolidation of Europe’s aviation sector,” comments Carsten Spohr. “And it was the right decision to do so in strategic terms, even if this has given Eurowings a very challenging 2018. We view the one-off costs of integrating these operations and of our rapid expansion as a long-term investment that will help sustainably strengthen our market position.”

Buoyed by strong demand and continuing high yields at Lufthansa Cargo, the Group’s Logistics business segment raised its nine-month Adjusted EBIT 56.1 percent to EUR 153 million. The LSG Group also posted a much-improved Adjusted EBIT for the period of EUR 99 million, a 50-percent increase that was especially achieved through lower transformation costs. Nine-month Adjusted EBIT at Lufthansa Technik declined 3.3 percent to EUR 322 million, owing mainly to rises in the costs of spares and greater use of external maintenance capacities.

Lufthansa confirms its full-year earnings projection for 2018. With originally-planned capacity for the winter timetable period now slightly reduced, total annual capacity is expected to be around 8 percent above 2017. The Group still expects to post a slight increase in unit revenues for the year as a whole. The reduction in unit costs excluding fuel and currency effects is expected to be around 1 percent, despite the negative impact of integration costs at Eurowings. Fuel costs are projected to be around EUR 850 million higher than in 2017.

The Group expects to report a slightly lower annual Adjusted EBIT for its Aviation Services segment. This is related to a more negative result at Other Businesses & Group Functions, owing to an absence of the currency gains reported here in 2017. All in all, Lufthansa Group continues to predict an Adjusted EBIT for 2018 that is slightly below the record level seen last year.

“We have achieved solid earnings for the first nine months of this year, and are still on course for our second-best-ever annual EBIT result,” confirms Ulrik Svensson, Chief Financial Officer of Deutsche Lufthansa AG. “So our earnings projections for 2018 as a whole remain unchanged at slightly below previous year.”

On a like-for-like basis, excluding volume growth, Lufthansa Group expects its fuel costs to rise by a further EUR 900 million in 2019.