Traveling between the United States and Ireland, also known as the Emerald Isle, will be simple, easy and more convenient for customers as American Airlines and Aer Lingus launch their codeshare agreement this week.

Further expansion of the codeshare is also planned in the near future.

Aer Lingus joined the Atlantic Joint Business (AJB) between American, British Airways, Iberia and Finnair last year. The AJB has brought significant benefits, such as lower fares and easier journeys to more destinations with better aligned schedules and frequencies, to millions of passengers since its launch in 2010. High-frequency routes, including Dublin-Edinburgh and Dublin-Glasgow, will be served up to 4 times daily. The announcement sees the re-establishment of services to regional points across the U.K including Newquay Cornwall, Exeter, and Isle of Man. Emerald Airlines will be the only airline offering these services from Ireland. Critically, the announcement adds over 60 UK – US routes on the Aer Lingus network connecting via Dublin including connections from UK regional airports to New York, Los Angeles, Boston and Seattle.

Aer Lingus recently announced an ambitious schedule for Summer 2022, which reflects the airline’s goal to build to pre-pandemic levels of flying and anticipates continued momentum in customer demand. This commencement of the Aer Lingus Regional routes operated by Emerald Airlines will greatly increase connectivity between the UK, Ireland and the US, and accelerates Aer Lingus’s strategy to expand Dublin Airport as a hub airport.

Pictured is Aer Lingus CEO Lynne Embleton with Emerald Airlines CEO Conor McCarthy, at the announcement of the commencement of Aer Lingus Regional flights, with tickets on sale from today. The flights, operated under a franchise agreement by Emerald Airlines on behalf of Aer Lingus, will commence on 17th March with over 340 flights per week across 11 routes with fares starting at €29.99 one way. The services will greatly increase connectivity between the UK, Ireland and the US, and catalyses Aer Lingus’ strategy to expand Dublin Airport as a hub airport. Further route announcements will be made in the coming weeks. Customers can book at aerlingus.com
16/12/2021 Photograph: Fran Veale/Julien Behal Photography

JetBlue Airways today announced it is expanding its codeshare partnership with Aer Lingus –the Irish flag carrier – to offer customers more ways to book and connect their travel between the two airlines’ networks.

As part of the new bilateral codeshare, JetBlue is now placing its “B6” code on four Aer Lingus routes between JetBlue’s Northeast focus cities and Ireland:

JetBlue intends to add its code to select Aer Lingus routes beyond Ireland in the near future.

JetBlue and Aer Lingus customers purchasing a codeshare itinerary benefit from having a single ticket that includes flights operated by both carriers, as well as conveniences on their day of travel like one-stop check-in and baggage transfer. Additionally, customers traveling to the U.S. from Ireland benefit from the convenience of pre-clearing customs prior to departing Dublin and Shannon, allowing them to be on their way faster after landing in New York or Boston.

JetBlue and Aer Lingus have partnered since 2008 and in 2013 announced a unilateral codeshare agreement. Today the Aer Lingus “EI” code is available on more than three dozen JetBlue routes and offer customers convenient connections through JetBlue’s New York and Boston focus cities.

Aer Lingus will operate 16 transatlantic routes from Dublin, Shannon and Manchester, UK to North America and the Caribbean in 2022. Aer Lingus is a 4-Star airline, awarded by Skytrax, the international air transport rating organization. Aer Lingus is a member of International Airlines Group (IAG), one of the world’s largest airline groups.

The Irish flag carrier is also gearing up to prepare for the inaugural service from Manchester to Orlando in Florida on December 11, 2021.

The two new routes are part of the airline’s ambitious schedule plans for 2022.

An Innovative and Sustainable Travel Experience

From December 3, 2021 passengers flying Aer Lingus to JFK will experience the new Airbus A321LR single aisle aircraft. The new state-of-the-art aircraft promises a more innovative and sustainable travel experience, boasting greater fuel-efficiency, with a 15% reduction in fuel burn, compared to a A321CEO and a 50% reduction in noise footprint compared to previous generation aircraft. Offering both a Business Class cabin with 16 fully lie-flat seats, fine dining and complimentary wi-fi, and an Economy Class cabin with complimentary meal and snack and soft drink in-flight, and top inflight entertainment, including the latest movie releases, TV boxsets, games and music.

Flights to New York for those looking to visit the excitement of Manhattan and surrounding boroughs, depart daily at 12:35 and arrive into New York’s iconic JFK airport at 16:15 local time.

Holidaymakers wanting to visit the ‘Sunshine State’ of Florida, can choose from four weekly flights from Manchester to Orlando, with fares starting from £209 each way (including taxes and charges), departing each day at 11:00 every Monday, Tuesday, Thursday and Saturday.

Aer Lingus has made this announcement:

62 destinations across the Aer Lingus network

Aer Lingus has unveiled an ambitious schedule for Summer 2022 which includes 16* transatlantic routes as the airline seeks to reconnect Ireland to the world. Aer Lingus will operate 71 routes and 62 destinations in Summer 2022.

Aer Lingus already has a strong Christmas schedule on sale and will incrementally build capacity in the lead up to Summer 2022. This strong schedule reflects the airline’s ambition to build to pre-pandemic levels of flying over time and anticipates continued momentum in customer demand.

Aer Lingus’ most recent consumer survey conducted in September showed that almost 2 in 3 (65%) adults in Ireland are planning to travel internationally in 2022, whether that’s to reconnect with family and friends, to have that important business meeting in-person, or to simply enjoy a relaxing and refreshing break abroad.

Due to popular demand, Aer Lingus has extended its market-leading ‘Book with Confidence’ policy which allows all customers traveling with the airline to change their travel dates free of charge*, and as many times as they wish, up to seven days before they travel. The flexible booking policy is available on all bookings up until 30th September 2022.

The welcome return of flying to North America

Anticipating strong customer demand for travel to / from North America, following 18 months of travel restrictions, direct flights are available to favorite destinations such as New York, Chicago, Boston, LA, San Francisco, Toronto, Washington, Seattle and Philadelphia from as little as €169 each way including taxes and charges. Aer Lingus will re-introduce flying from Shannon in March to JFK and Boston with 14 flights per week to the USA.

Aer Lingus is also delighted to support the return of the US College Football to the Aviva Stadium in August 2022, welcoming the teams and supporters of the Northwestern Wildcats and the Nebraska Cornhuskers at the Aer Lingus College Football Classic.

Aer Lingus will ramp up short-haul capacity between now and Summer 2022, flying at least 50 short-haul routes next summer, 41 routes will fly from Dublin – with more to be added in the coming weeks, and a further 7 from Cork. Aer Lingus will operate to Heathrow from Shannon and Belfast, and to Gatwick from Knock. The schedule will include favorite destinations for Irish holiday makers seeking summer sun next year in Spain, Portugal, Italy, the Canaries and the Med, as well as lots of city break destinations to choose from throughout Europe, with flights starting at €35.99 each way including taxes and charges. 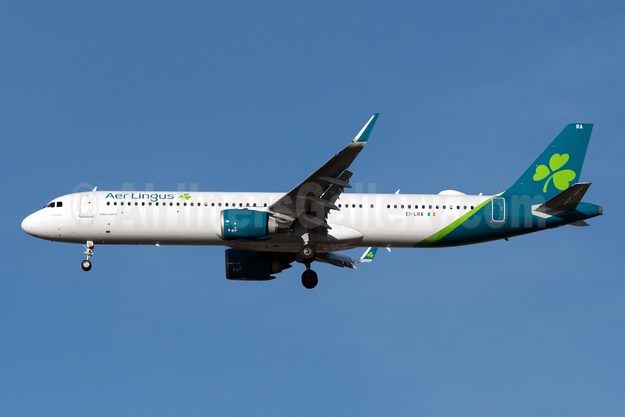 The U.S. capital is back on the Aer Lingus schedule, operating 4 times per week from Dublin.

Aer Lingus has made this announcement:

Aer Lingus has today announced that it has entered into a franchise agreement with Emerald Airlines which will commence on 1 January, 2023 for a period of ten years for the operation of Aer Lingus Regional flights.  Although the contract is not due to commence for 18 months, Aer Lingus continues to work closely with Emerald Airlines to evaluate options with respect to an earlier contract start date in light of Stobart Air recently ceasing operations.

The new franchise agreement between Aer Lingus and Emerald Airlines will support Aer Lingus’s Dublin Hub strategy by providing connectivity of UK provincial airports to North America via Dublin. The agreement will offer connectivity between the island of Ireland and Regional Airports in UK, the Isle of Man and Jersey, with options for network expansion to more regional airports in the future.

Under the agreement, Emerald Airlines will operate ATR turboprop aircraft on the regional routes with associated Aer Lingus branding and livery. Over 400 staff will be required between now and commencement of services.

The IATA Travel Pass app can be downloaded onto a mobile device directly from the iOS App and Google Play store. Once downloaded, customers will create a secure account and will be presented with the entry requirements for their destination. Aer Lingus’ customers can then book a COVID-19 test with an approved provider* and the results will be automatically uploaded into the app by the laboratory.

The app then checks that a customer meets the COVID-19 test entry requirements for their destination and will then notify the customer to let them know that they are ‘OK to travel’. The airline’s parent company, International Airlines Group (IAG), has been working closely with IATA to co-develop the app that is now being successfully piloted by other global airlines, including British Airways and Iberia.

As Aer Lingus seeks the best solutions for its customers to ensure frictionless travel it has been progressing with a number of digital solutions in addition to the IATA Travel Pass, including VeriFLY which has been trialled on routes to and from the US and London Heathrow.

As always, our crew will be ready and waiting to look after you ☘️