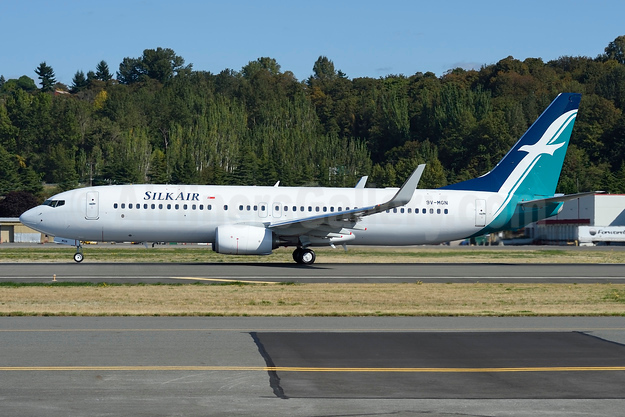 Scoot will be suspending services to four cities – Lucknow, Kalibo, Quanzhou and Male – all served by the Airline’s Airbus A320 aircraft.

The last flights departing Singapore and the four cities are listed below, subject to regulatory approvals:

Scoot has decided to suspend services to these four cities due to a combination of weak demand and a shortage of aircraft resources. The aircraft shortage is arising as SilkAir, due to the grounding of its Boeing 737 MAX 8 fleet, will no longer transfer its Boeing 737- 800NG aircraft to Scoot in the financial year 2019/2020, as originally announced in November 2018. However, Scoot will continue to undertake the routes that SilkAir had earlier committed to transfer over, outlined in Annex A.

Customers with existing bookings have been contacted and provided the following options:

Subject to regulatory approvals, the 17 destinations SilkAir had earlier committed to transfer to Scoot are as follows: 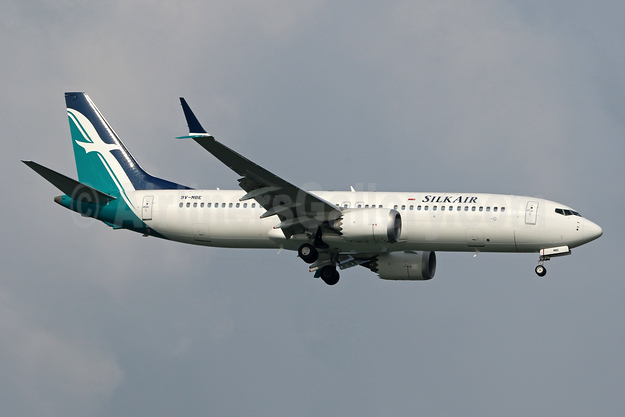 Scoot is to take over a number of SilkAir’s routes over the next two years, ahead of SilkAir’s merger into Singapore Airlines (SIA). Scoot will also be transferring some of its services to existing destinations served by SIA and SilkAir.

The changes are expected to take place between April 2019 and the second half of 2020. They are the result of a detailed review to identify which airlines in the SIA Group portfolio are best suited to meet evolving customer demand. The changes, which are subject to regulatory approvals, are planned as follows:

From SilkAir to Scoot:

From Scoot to SIA (Both are existing SIA destinations):

From Scoot to SilkAir (Both are existing SilkAir destinations):

In addition, SilkAir will be converting its Mandalay route to a seasonal service. Existing services will end in March 2019 and will resume in November 2019, continuing until January 2020. Scoot will meanwhile be suspending services to Honolulu with effect from June 2019 as a result of weak demand.

Dates are indicative as a result of required regulatory approvals. Customers with existing bookings will be provided the option to switch to the new Scoot, SIA or SilkAir flights where possible, or be provided refunds.

“We are now at the half-way mark in our three-year Transformation Program, and this announcement represents another significant development. The route review will strengthen the SIA Group for the long term, with the right vehicles in our portfolio of airlines deployed to the right markets,” said SIA CEO, Mr Goh Choon Phong.

SIA announced in May that its regional wing SilkAir is to undergo a significant investment programme to upgrade its cabin products ahead of its eventual merger into SIA. The programme will see SilkAir’s cabins fitted with new lie-flat seats in Business Class, and the installation of seat-back in-flight entertainment systems in both Business Class and Economy Class.

The investments will ensure closer product and service consistency across the SIA Group’s full-service network. Low-cost subsidiary Scoot’s fleet will meanwhile be expanded with the transfer of 14 Boeing 737-800s from SilkAir, while SilkAir will continue growing its operations in the years ahead as it takes delivery of new Boeing 737 MAX 8 aircraft. 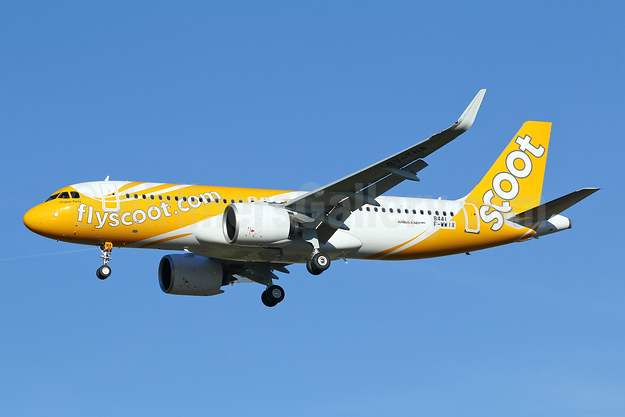 Scoot, the low cost wing of Singapore Airlines, has taken delivery of its first Airbus A320neo (9V-TNA) in Toulouse, France.

Powered by Pratt and Whitney PurePower engines, the new aircraft features 186 seats in Scoot’s configuration. Selected for its outstanding operational efficiency, comfort and range, the A320neo will be deployed by Scoot on its services across Asia.

easyJet has announced that Singapore Airlines and its low cost subsidiary airline Scoot will join the ‘Worldwide by easyJet’ global connections service, connecting easyJet customers with South East Asia with Singapore Airlines via Milan Malpensa airport and with Scoot through Berlin Tegel. The service is expected to be available within the coming months.

‘Worldwide by easyJet’ launched last year as the first ever low-fares carrier connection service and will now for the first time offer customers both a low-fares connection to Asia through Scoot, as well as the choice to connect with a full-service carrier through Singapore Airlines, named as the World’s Best Airline 2018. Singapore Airline group’s combined network connects over 135 destinations in more than 35 countries across five continents, with a combined fleet of over 180 aircraft.

Singapore Airlines and Scoot join other ‘Worldwide’ partner airlines Thomas Cook, Norwegian, WestJet, Loganair, La Compagnie, Corsair, Neos and Aurigny. 53 million easyJet customers a year will be able to book connecting flights with these airlines through the easyJet website to around 100 destinations across North America, the Caribbean, Africa, the Indian Ocean and soon to South East Asia with Singapore Airlines and Scoot.

Tens of thousands of easyJet customers are using Worldwide to connect through easyJet’s biggest European airport hubs including Gatwick, Milan Malpensa, Berlin Tegel and Venice Marco Polo, with the service due to go live in the coming months at Paris Charles de Gaulle, Paris Orly, Amsterdam Schiphol, Manchester and Edinburgh.

‘Worldwide by easyJet’ is the first global airline connections service by a European low fares airline. Legacy airlines have traditionally offered connectivity through costly and complex interline and codeshare agreements and procedures.  With ‘Worldwide by easyJet’ these will be replicated by self-connect and sales partnerships through a digital, virtual hub which will offer the same sort of connectivity but more simply and efficiently. 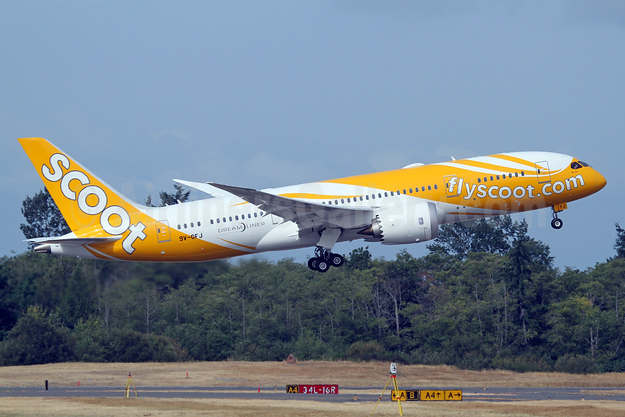 Scoot launched its inaugural flight to Berlin (Tegel) on June 20, the first of its four-times-weekly nonstop Singapore-Berlin services.

The capital city of Germany is Scoot’s third long-haul destination after Athens in Greece and Honolulu in the United States, both of which were launched last year.

Scoot’s flight TR734 departed Singapore Changi Airport at about 12.25 am local time and received a traditional water cannon salute upon arriving at Berlin Tegel Airport at approximately 7.20 am local time on June 20.

SilkAir, the regional wing of Singapore Airlines (SIA), will be transferring its services to Langkawi in Malaysia, Pekanbaru in Indonesia and Kalibo in the Philippines to Scoot, the low-cost subsidiary of SIA. SilkAir’s last Langkawi, Pekanbaru and Kalibo services are scheduled for April 8, May 30 and June 28, 2018 respectively. Currently, SilkAir flies three times weekly to each destination.

The transfer of the three services to Scoot will optimize aircraft utilization within the SIA Group, at the same time better matching travel demand. Scoot already operates three and four weekly services to Langkawi and Kalibo respectively, while Pekanbaru will be a new addition to the network. With the transfers, Scoot will progressively adjust its services to Langkawi and Kalibo in the coming months to provide more options and convenience to customers. Scoot also targets to commence sales for Pekanbaru in the first half of 2018, subject to final regulatory approval.

SilkAir will maintain its flights to three other points in Malaysia, namely Kota Kinabalu, Kuala Lumpur and Penang. For Indonesia, the airline will continue to operate to 10 other points: Balikpapan, Bandung, Denpasar (Bali), Lombok, Makassar, Manado, Medan, Semarang, Surabaya and Yogyakarta. In the Philippines, SilkAir will continue to operate flights to Cebu and Davao.

With the addition of Pekanbaru, as well as Kuantan and Berlin which will be launched in February and June 2018 respectively, Scoot’s network will span 66 cities across 18 countries and territories. Specifically in Indonesia, Scoot’s destination count will rise to five; the existing destinations being Denpasar (Bali), Jakarta, Surabaya and Palembang. 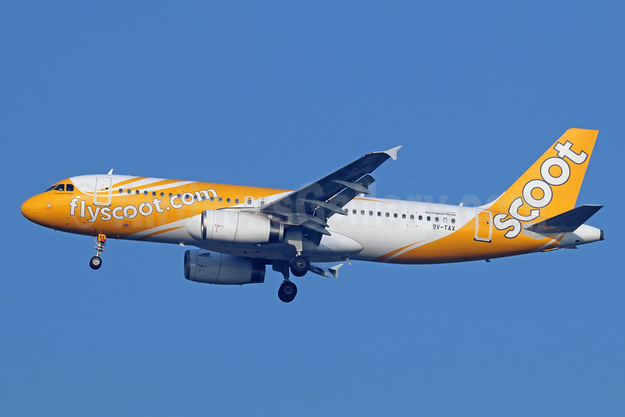 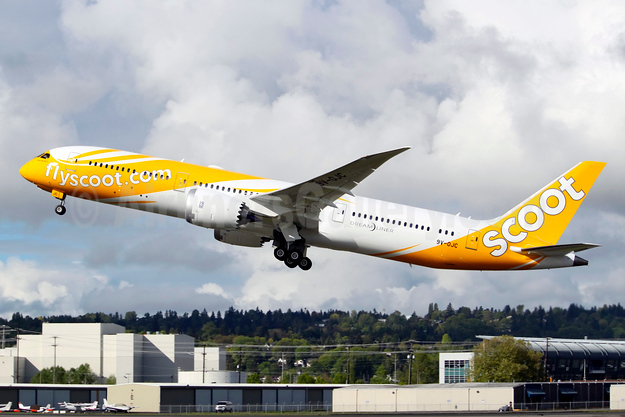 Scoot (Singapore) is further expanding in 2018. The four-times-weekly Singapore-Berlin (Tegel) flights will be operated with Boeing 787 Dreamliners, subject to regulatory approval. Berlin will be the SIA Group’s fourth destination in Germany, after Düsseldorf, Frankfurt and Munich, which are operated by Singapore Airlines.

Previously on on December 19, 2017, Scoot launched its first flight to Honolulu. The inaugural flight marked the start of Scoot’s four-times- weekly operations between Singapore and Honolulu via Osaka, as well as Scoot’s first nonstop Singapore-Osaka services on top of existing three-times-weekly services via Bangkok and Kaohsiung. The Singapore-Osaka-Honolulu route will be operated on a twin-aisled Boeing 787 Dreamliner aircraft, with a total capacity of 329 seats.