These additions to Swoop’s Winnipeg network connect travellers from Manitoba’s capital to 11 domestic, transborder and international destinations. Swoop’s growing service and its unbundled fares, services and amenities, makes travel more accessible for Canadians by giving them the power to add the things they want, and nothing they don’t.

Details of Swoop’s new service out of Winnipeg: 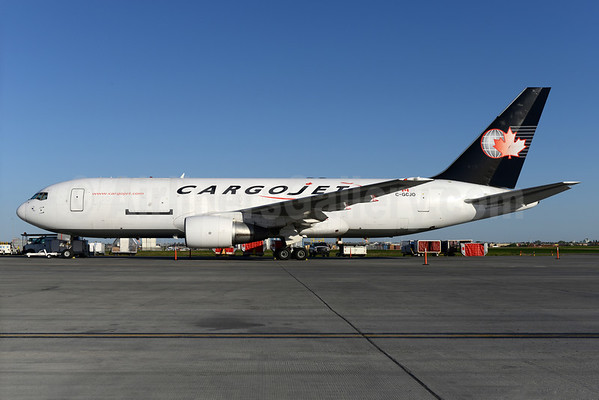 Cargojet Inc. (Cargojet Airways) (Hamilton, ON) has announced its financial results for the second quarter ending on June 30, 2015.

Total Revenues were $75.2 million (all amounts are in Canadian dollars), an increase of $30.9 million or 69.6% versus the previous year

“Cargojet has successfully completed the integration of its new major customer in 2015, which has contributed to revenue growth in the Quarter,” said Ajay Virmani , President and Chief Executive Officer.

“Overall customer demand for Cargojet’s primary overnight network services and its air cargo charter services were softer than expected in the Quarter and we continue to match capacity to actual demand, in order to keep operating costs in line”, he added.

“One-time costs related to the expansion of our core overnight network that started in March 2015 , for a major customer were in line with our planned expenditures,” he added.

Nonstop service between the two prairie cities resumes after a five-year hiatus, operated twice-daily on board WestJet Encore’s new fleet of Bombardier Q400 NextGen aircraft. Expansion of the regional carrier’s network continues to build in the New Year, with today marking the 16th destination.  More destinations are still to come as more aircraft arrive, creating greater capacity and frequency in the network.

Details of WestJet Encore’s new daily, non-stop service between Winnipeg and Regina are:

Sunwing Airlines (flysunwing.com) (Toronto-Pearson) will increase its flying schedule from Winnipeg by adding nonstop flights to Freeport, Grand Bahama this winter and further expanding its operation from the Winnipeg Richardson International Airport by opening a seasonal base. The opening of this base will result in recruitment of over 60 crew members from within the local community.

Sunwing has been operating from Winnipeg since 2006 when it introduced nonstop flights to Cancun, Mexico. Today, the airline takes Winnipeg travelers to several popular vacation hotspots in Cuba, Dominican Republic, Jamaica, Mexico and now Grand Bahama starting this winter.

Sunwing Airlines will offer weekly flights to Grand Bahama starting January 18, 2014 until the end of March.