From the Washington Post: Several low-lying airports could be impacted:

“The powerful eruption of an underwater volcano put the entire Pacific nation of Tonga under a tsunami warning, along with other nearby islands and some parts of New Zealand.

Footage on social media showed waves crashing into homes on a shoreline after the latest in a series of eruptions of the Hunga Tonga-Hunga Haʻapai volcano. It spewed ash, steam and gas up to 20 km (12 miles) into the air on Friday, the Tonga Geological Services said, and local media reported ash falling over parts of the capital.”

Tongatapu is Tonga’s largest and most populous island, the location of the capital and the center of government and business. Fua’amotu International Airport is Tonga’s main airport and international gateway. The airport is 21km from the capital of Nuku’alofa. Direct services to Tongatapu are operated by Air New Zealand, Fiji Airways, Virgin Australia and Talofa Airways.

“Globally, airlines have canceled about 5,700 flights on Christmas Eve day, Christmas and the day after Christmas, according to FlightAware. That includes about 1,700 flights within, into or out of the United States.”

Above: Bolzano Airport in northern Italy.

Bolzano – Copenhagen route will be added on December 19.

The airline will operate the following routes this winter (ski) season:

Virgin Atlantic Airways on December 5 added the Edinburgh – Barbados route with this message:

Our first flight from Edinburgh to Barbados took to the skies on December 5 and we can’t wait to welcome more of you onboard our new route.

In other news, today, December 6, the UK Government added Nigeria to its Red List for travel. Virgin Atlantic is evaluating the London Heathrow – Lagos route:

Air North has announced that it is adding Toronto, Ontario to its route network.

This will mark the first time Toronto has ever had a direct scheduled connection to Whitehorse or Yellowknife. Flights to Ontario aren’t new to Air North, however, as the airline began operating seasonal service to Ottawa in 2014 and has flown numerous charter flights to Toronto.

Service to Toronto, operating via Yellowknife, will begin in May 2022 and operate for the season until the end of September. The flights are available for booking now.

Air North will operate twice weekly service between Whitehorse, Yellowknife and Toronto as of May 10, 2022.* 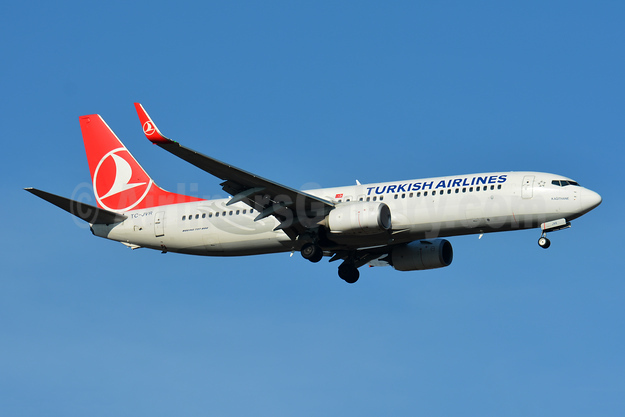 Turkish Airlines, flying to more countries than any other airline, celebrates its 40th year anniversary of flying to the UAE in synergy with the UAE’s Golden Jubilee celebrations. The airline, established in 1933 with a fleet of five aircrafts launched its first Middle East flight to Beirut and Cairo in 1951 and the first TK flight landed in Abu Dhabi on January 7, 1981 with the route relaunching again on January 25, 2006.

The first flight to Dubai was operated on November 5, 1983, while the Sharjah route was launched on April 11, 2019 with daily flights.

SATA Azores Airlines will launch the first-ever nonstop flight from a U.S. gateway to Funchal, Madeira’s capital city. In conjunction with the new direct flight, operating from New York (JFK) to Funchal (FUN), Portugal-based tour operator Inovtravel has launched new travel packages to Madeira, which will include direct flights out of New York, accommodations, airport-hotel transfer and a travel expert.

Madeira, an island chain off the coast of Portugal, is undoubtedly a hidden gem of Europe, with impressive scenery across 300 square miles of mountains, valleys and beaches, along with five-star accommodations, Michelin-starred restaurants, and award-winning Madeiran wines. Not only that, but the archipelago boasts unique historical ties to the U.S., with its namesake Madeira wine being used to toast the Declaration of Independence in 1776 and Thomas Jefferson allegedly ordering close to the equivalent of 3,500 bottles of Madeira wine during his first few years of presidency.

Now, with the convenience of nonstop flight options, this Portuguese paradise is more accessible than ever to U.S. travelers.

The weekly direct flight will be available through March 2022.

All Nippon Airways (ANA) is set to introduce Mixed Fleet Flying (MFF) for the A380 and A320 Family following approval by Japan’s Civil Aviation Bureau (JCAB). The Japanese carrier is the first operator in the world to introduce the MFF between the two types.

MFF is unique to Airbus aircraft. As a result of flight deck and aircraft control systems it enables pilots to be certified to operate more than one type from the Airbus fly-by-wire product line on a regular and concurrent basis. At ANA this will enable crews to fly a mixed pattern of short and long haul services.

Airbus commonality extends from the flight deck into the passenger cabin as well, with a maximum use of similar systems, control panels and procedures within the various aircraft families.  The unique level of technical commonality between Airbus fly-by-wire aircraft also streamlines maintenance procedures, resulting in significantly reduced costs.

“We are pleased that A320 and A380 MFF operations were approved by JCAB and that  ANA has become  the world’s first airline to introduce it ,” said Stéphane Ginoux, Head of North Asia region for Airbus and President of Airbus Japan. “MFF offers airlines increased flexibility and cost-efficiency and has become one of the keys to Airbus’ success. For airlines, the increase in revenue hours flown by pilots due to less standby and downtime results in a significant improvement in productivity.”

Following a decades-long track record of success as 328SSG, Deutsche Aircraft is poised to support the future of aviation with development of the D328eco™ aircraft, a fast, modern, high-flying, 40-seat turboprop that is SAF compatible and features a new integrated Companion™ flight deck (based on Garmin 5000 avionics suite). The D328eco is expected to enter into service by end of 2025.

Headquartered in Oberpfaffenhofen, near Munich, Deutsche Aircraft will continue to provide maintenance and technical support to the global D328 fleet in service. Deutsche Aircraft also has plans to grow its engineering, operations, programs and supply chain teams to support the D328eco program development. The first prototypes of the D328eco will be built in Oberpfaffenhofen with the flight-testing campaign scheduled to start in 2024.

The new and state-of-the-art Final Assembly Line (FAL) in Leipzig is on target to be operational by the end of 2024. Restarting production in Germany allows the company to capitalize on the growing and immediate demand for aircraft of this size with a proven and internationally recognized platform.

Etihad Airways, the national airline of the UAE, celebrates Abu Dhabi’s reopening to fully vaccinated travelers with the launch of the Abu Dhabi Time is Now campaign, featuring special fares for American travelers who book now until September 30 for travel up to June 30, 2022.

Earlier this month, the government of Abu Dhabi announced that fully vaccinated travelers with vaccines approved by the World Health Organization can arrive from all international destinations without the need to quarantine. All travelers will require a PCR test within 48 hours of departure, a test on arrival and retesting on select days depending on the country of origin.