Korean Air has provided this update:

Due to the novel coronavirus (COVID-19) outbreak, Korean Air has reduced or suspended some of its routes.

For help with rescheduling, please contact a Korean Air Service Center or the travel agency through which the flights were booked.

※ Please be reminded that flight schedules and routes are subject to change.

※ Please be reminded that flight schedules and routes are subject to change. (as of Mar.23 KST)

Korean Air has cut more than 80% of its schedule and grounded about 100 of its aircraft.

However the company is warning that its survival is at stake because of the coronavirus outbreak that has hit the the country and travel to and from South Korea.

Read more from the StarTribune.

Due to the novel coronavirus (COVID-19) outbreak, Korean Air has reduced or suspended some of its routes.

For help with rescheduling, please contact a Korean Air Service Center or the travel agency through which the flights were booked.

※ Please be reminded that flight schedules and routes are subject to change.

Suspended/Reduced Routes Information (Mar,13 07:00 GMT, All routes are between Incheon unless otherwise noted)

Korean Air has made this announcement:

Due to the novel coronavirus (COVID-19), some routes/flights are cancelled as below.

Please contact Korean Air’s service center or the travel agency through which the flights were booked if you need any help.

※ Please be notified that the flight schedules are subject to change. 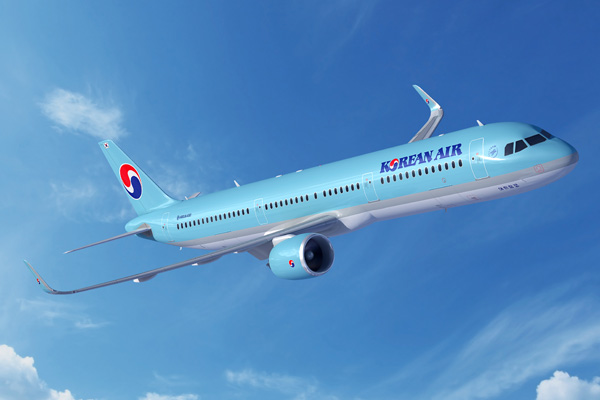 From the Los Angeles Times:

“A South Korean flight attendant who has been diagnosed with the novel coronavirus may have serviced trips between Seoul and Los Angeles last week, according to several South Korean media outlets.

South Korea’s Center for Disease Control said Wednesday local time that a female flight attendant who serviced a flight Feb. 15 from Tel Aviv to Seoul had tested positive for the virus. On board the flight was a church group returning from a pilgrimage to Israel; 30 other infections have been connected to the group so far, according to local authorities.

The South Korean media outlets reported that the same flight attendant had serviced flights KE017 and KE012 on Feb. 19 and 20 to and from Los Angeles International.”

Korean Air has made this announcement:

Korean Air is taking proactive measures in every sector to ensure the safety of passengers, as the number of the new coronavirus cases quickly rises in China.

Korean Air has formed an emergency response team to deal with the spread of the new coronavirus and set up a thorough process to preempt any possibility of infection with all relevant departments such as the airport service office, flight operations, cabin crew operations, maintenance, aeromedical center and the operations control division/

Korean Air has also suspended its flights between Incheon and Wuhan from January 24 to March 27, 2020 and will suspend or reduce the frequency of some of its routes to China in consideration of the falling demand due to the new coronavirus.

Korean Air will put forth its utmost efforts in order to enable the safe journey of passengers amid the continuous spread of the new coronavirus. 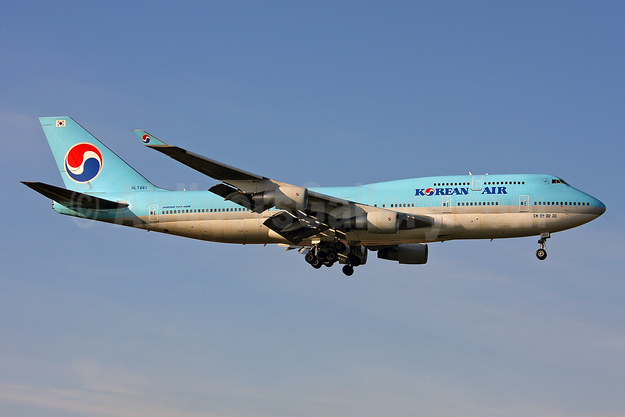 According to Airline Route, the last flight is now scheduled between Denpasar (Bali) and Seoul (Incheon) on November 19, 2019.

The company still has an extensive Boeing 747 freighter fleet.

Korean Air will launch new flights to Clark, in the Philippines, and Nanjing, China on October 27, and Zhangjiajie and Hangzhou, China, on October 28.

Clark is a resort town on the central island of Luzon in the Philippines, which is about two hours by land from Manila, the capital city. The Puning Hot Springs and Subic Beach are well-known tourist destinations, and demand for tourism has been rising steadily recently.

Nanjing, China, is well-known as the center of electronics, petrochemical and automobile industries, with many Korean companies operating there, while Zhangjiajie is a leading tourist destination in China, which has been listed as a UNESCO World Natural Heritage site due to its excellent natural scenery. Hangzhou is famous for its artificial lake, West Lake, and is also known as the center of China’s IT industry, as it is home to the headquarters of Alibaba, an e-commerce company.

In addition to the new services, Korean Air is also endeavoring to achieve route competitiveness and enhance profitability by expanding its capacity on Southeast Asia, China and Oceania routes, following the falling demand and capacity on Japanese routes.

In addition, Korean Air is also operating chartered flights on the Incheon-Athens/Amman/Cairo and Incheon-Auckland routes, and plans to provide more convenient schedules through the development of new routes to meet future customer demand.

Incheon-Nanjing route: From October 27 to November 29, the Boeing 737 will be used.

In other news, Korean Air operated a special flight to celebrate 50 years since its first international flight on October 2. The special flight, KE683, flew from Incheon, Korea to Ho Chi Minh City, Vietnam.

Korean Air held an event at Incheon Airport, during the flight, and at Ho Chi Minh Airport, to commemorate the airline’s first international flight and to thank its customers for their unwavering support over the past half a century. 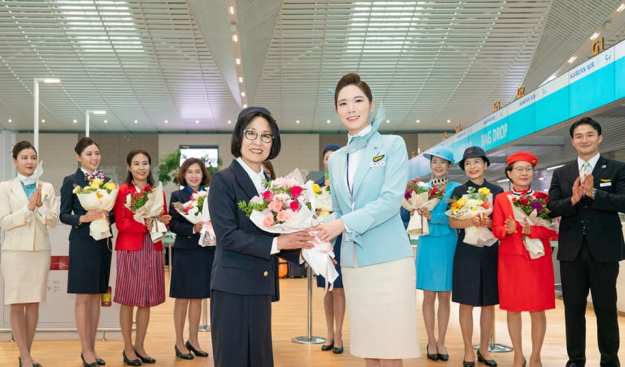 The airline gave out gifts and special cookies designed with a 50th anniversary emblem at the boarding gate.

Onboard the KE683 flight, Korean Air prepared a special video to showcase the Ho Chi Minh route 50 years ago. The video showed old news clips of Korean Air in 1969 opening a new route to Southeast Asia, demonstrating its leap to the global stage by upholding its missions of enhancing the national brand and pursuing private diplomacy in Southeast Asia.

The flight attendants wearing vintage uniforms walked down the aisle like a fashion show, entertaining passengers by showcasing the changes in uniforms in the past 50 years. 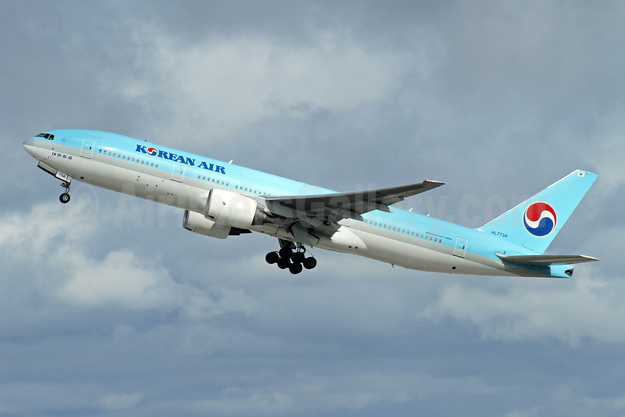 Korean Air has announced its plans to adjust the frequency of some routes, in consideration of decreasing demand of Japanese routes due to Korea-Japan tensions. At the same time, the airline will increase the frequency of routes in the Southeast Asia, Oceania, and Chinese markets. 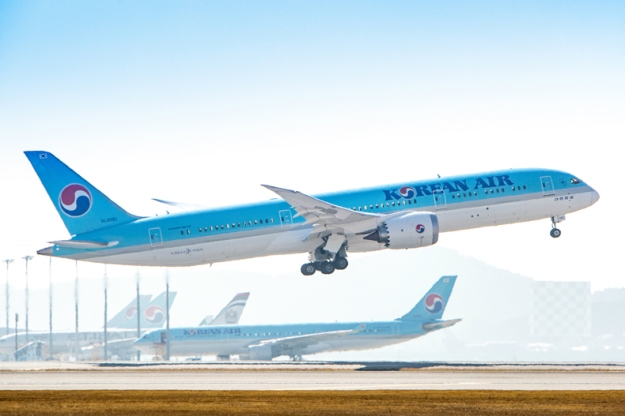 In the meantime, Korean Air plans to strengthen its route competitiveness by focusing more on other markets, such as Southeast Asia, Oceania, and China in the winter season.

To begin with, Korean Air will launch a new daily route to Clark, Philippines, starting from October 27. The airline will also add four more operations a week for Incheon-Chiang Mai/Bali, increasing the number of flights per week to eleven. In Oceania, the frequency of the Incheon-Brisbane route will be increased from five to seven flights a week.

Korean Air is also planning to expand its network to China with the launch of new direct services. The airline plans to start direct flights from Incheon to Zhangjiajie and Hangzhou three times a week each, and Incheon-Nanjing four times a week. The service between Incheon and Beijing will be operated 17 times a week, up from the previous 14 a week.

Korean Air will launch four new routes in the remaining part of the year–three in cities in China and one in the Philippines. The airline will also increase its frequency of the Incheon~Delhi and Incheon~Beijing routes to meet demand but will suspend the Incheon~Nadi (Fiji) operation.

The new China routes of Korean Air will be Incheon~Nanjing, Zhangjiajie (below), and Hangzhou. Korean Air has been grantted traffic rights to these routes following successful Korea-China aviation talks back in March 2019.

Nanjing, one of the seven historical capitals of China, holds a rich cultural heritage of old dynasties, and Zhangjiajie is well known to travellers as the perfect city for trekking. Hangzhou, a former home to Korean Provisional Government, was praised by the Italian explorer Marco Polo as ‘the most beautiful city in the world.’

Korean Air said it will diversify the Chinese routes and develop tourism where required, to reflect demand through the opening of the new direct routes.

Korean Air is also planning a new route in Southeast Asia. The airline will launch Incheon~Clark seven flights a week, from the end of October. Clark, Philippines, is popular with family travellers and offers a variety of activities, such as golf and snorkeling.

Korean Air also intends to increase seat capacity for popular routes with increasing demands. Korean Air will add the Incheon~Delhi operations to seven flights a week from September 1 for both business traveltraveleers and tourists. The current 14 flights a week between Incheon and Beijing will also be extended to 18 flights a week from the end of October in order to improve customer benefits.

However, Korean Air will suspend the Incheon~Nadi operations from October 1 due to decreasing demands and constant deficit of the route. The carrier said it will change passenger reservation well in advance to minimize customer inconvenience.

In other news, starting October 1, Korean Air will suspend service to and from Seoul (Incheon)/Nadi (Fiji).

Delta Air Lines has acquired a 4.3 percent equity stake in Hanjin-KAL, the largest shareholder of Korean Air. The investment demonstrates Delta’s commitment to the success of its joint venture with Korean Air and the customer benefits, market positioning and growth opportunities the partnership enables. Delta intends to increase its equity stake to 10 percent over time, after receiving regulatory approval.

“Together with the team at Korean Air, we have a vision to deliver the world’s leading trans-Pacific joint venture for our shared customers, offering the strongest network, the best service and the finest experience connecting the U.S. with Asia,” said Delta CEO Ed Bastian. “This is already one of our fastest-integrating and most successful partnerships, and experience tells us this investment will further strengthen our relationship as we continue to build on the value of the joint venture.”

Delta and Korean Air operate the industry’s most robust trans-Pacific joint venture, providing customers with seamless access to more than 290 destinations in the U.S. and over 80 destinations in Asia, including the partnership’s award-winning hub at Seoul-Incheon (ICN).

Since launching in May 2018, Delta and Korean Air have strengthened cooperation by expanding joint operations in the trans-Pacific to include more than 1,400 codeshare flights, including connections throughout Asia and the U.S. Teams at both airlines have also worked closely together to provide the best travel experience for customers between the U.S. and Asia, integrate sales and marketing activities, and enhance loyalty program benefits, such as the ability to earn more miles on both loyalty programs and redeem them on a wider range of flights. Additionally, Korean Air and Delta have launched cargo cooperation across one of the most comprehensive route networks in the trans-Pacific market.

The partnership is contributing to Delta’s first year-over-year growth in the Asia Pacific region since 2012, with new service launched earlier this year between Minneapolis/St. Paul and Seoul, as well as Seattle and Osaka, operated in partnership with Korean Air. Additionally, Korean Air has launched new service linking Boston with Seoul.

The joint venture builds on nearly two decades of close partnership between Korean Air and Delta, both founding members of the SkyTeam airline alliance.

Delta is growing its international footprint and leveraging partnerships with key airlines in regions around the world, including through joint ventures and equity investments. These investments improve alignment between Delta and its partners, creating a more stable environment for growth amid an increasingly dynamic global landscape.