Commenting on the results, Chip Childs, Chief Executive Officer of SkyWest, said, “Over the past several months, we have worked with our partners and our people to respond quickly and aggressively to the worst crisis our industry has experienced. The SkyWest team continues to demonstrate exceptional dedication and flexibility, and I want to thank them for their hard work and focus through this challenge. We are committed and remain laser-focused on ensuring we are positioned for the long-term, maintaining strong liquidity, and delivering on our partners’ objectives in the recovery.”

Financial Results
Revenue was $457 million in Q3 2020, down from $760 million in Q3 2019, due to the COVID-19 pandemic that caused a significant reduction in the number of scheduled flights SkyWest operated under its flying contracts compared to the same period last year. Total block hours in Q3 2020 were down 41% from Q3 2019.

SkyWest deferred recognizing revenue on $30 million of fixed monthly payments received during Q3 2020, down from $69 million of revenue that was deferred in Q2 2020. SkyWest will recognize the deferred revenue based on completed flights over the remaining contract term.

New Deals
SkyWest secured an agreement to place 20 used CRJ700s under a multi-year flying contract with American Airlines. SkyWest anticipates using its own aircraft not currently under contract with a partner to fulfill this agreement. The aircraft are expected to be placed into service ratably throughout 2021. Following the placement of these 20 aircraft, combined with anticipated placement of four CRJ700s in Q4 2020 and five CRJ700s in 2021 under a previously announced deal, SkyWest is scheduled to have a total of 90 CRJ700s under contract with American by the end of 2021.

SkyWest also secured agreements to acquire 21 used CRJ700s in a 50-seat configuration and lease the aircraft under a multi-year term to another regional airline operating for United Airlines. The aircraft purchases and leases are expected to be completed in Q4 2020.

Status Update on Previously Announced Deals
SkyWest is coordinating with its major airline partners to optimize the timing of upcoming fleet deliveries under previously announced deals in response to COVID-19 schedule reductions. The anticipated future delivery dates summarized below are based on currently available information and are subject to change.

Flying contract with American for E175 aircraft
Twenty new E175 aircraft to be financed and operated by SkyWest:

During Q3 2020, as previously announced, SkyWest and SkyWest Airlines entered into a $573 million, five-year secured loan facility with the U.S. Treasury Department (“Treasury”) under the Coronavirus Aid, Relief, and Economic Security Act (“CARES Act”). SkyWest Airlines borrowed the minimum required $60 million under the facility at closing. In October, SkyWest increased its loan capacity under this facility to $725 million. SkyWest Airlines has until March 2021 to borrow additional amounts under the facility. SkyWest issued warrants to purchase 211,416 shares of common stock to Treasury in conjunction with the initial $60 million draw.

As of September 30, 2020, SkyWest had a $75 million line of credit facility. SkyWest had approximately $35 million of letters of credit issued under the facility and $40 million available under the line at quarter-end.

American Eagle Embraer ERJ 145 N674RJ operating as flight AA 4194 from Miami skid off the runway at Freeport, Bahamas while landing on October 24, 2020 due to “an issue with the rear landing gear”.

The flight from the Miami hub was operated by Envoy Air.

American Airlines will expand preordered meal service to premium cabins on American Eagle flights, adding another 300 daily flights where customers can order meals in advance, starting March 11. This brings the total number of daily flights eligible for preorder in premium cabins to nearly 1,900 — more than any other U.S. airline.

American is also the only U.S. carrier to offer preordered meal service in premium cabins on both mainline and regional flights, available on flights of 900 miles or more.

This March, customers in premium cabins on American Eagle flights can preorder menu items such as:

Customers can preorder menu items beginning 30 days before a flight and up to 24 hours before departure by visiting aa.com, clicking Your Trips/Check-in and entering their flight information. Eligible customers will also receive a reminder email 48 hours before departure with a link that will guide them through the preorder process. Menu items vary based on route and class of service.

American Airlines is adding a new nonstop spoke route from the Dallas/Fort Worth hub to Hilton Head Island, SC. (HHH).

The new weekly seasonal route will operate from March 7 through August 15.

The carrier will also begin flying from Hilton Head Island to its Chicago (O’Hare) and Philadelphia hubs also on March 7, 2020.

Hilton Head Island will be served with Embraer 175 aircraft.

American currently has service between its Charlotte hub and Hilton Head Island. 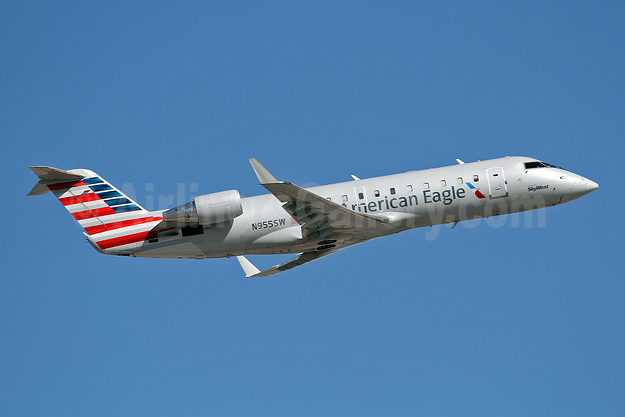 American Airlines is planning to add new domestic routes from its hubs later this year according to Airline Route:

A PSA Airlines pilot was arrested at Louisville International Airport before his flight. The pilot was taken into custody and is being charged for three murders in November 2015 in Pembroke, KY.

The completely renovated space includes refreshed ticket counters and gate areas as well as new ramp lighting, moving walkways, elevators and escalators. Later this summer, American will also open a new Admirals Club in Terminal E, and the satellite terminal will be home to DFW’s only Whataburger.

American has been steadily adding DFW service this summer, and beginning in early June, the airline will operate more than 900 daily flights from the hub. That’s 100 more than last summer, including service to 23 new markets. They include: Dublin (DUB); Munich (MUC); Kalispell, Montana (FCA); Harlingen, Texas (HRL); Monterey, California (MRY); and Augusta, Georgia (AGS). Eighty-four existing markets will receive additional service from DFW, including Boston (BOS), Los Angeles (LAX) and New York (LGA). In total, customers have access to 234 nonstop destinations from DFW and the resulting American network can enable over 9,000 one-stop connections through DFW — more than any other airline hub in the world.

“American is the largest airline in the world and the largest carrier at DFW,” said Vasu Raja, Vice President of Network and Schedule Planning for American. “By adding 100 flights to our most profitable hub, we have the opportunity to connect more people to more destinations than ever before. By adding service to new destinations and increasing service to some of our customers’ favorite spots, we’re building a connecting network that can get them anywhere.”

Upcoming milestones include the opening of a Flagship Lounge featuring Flagship First Dining and a renovated Admirals Club in Terminal D, scheduled for May 16, as well as the opening of six mainline gates at DFW Terminal B in June.

Leaders from American, Envoy and DFW Airport celebrate the opening of the Terminal E satellite.

What Does It Take to Build the Largest Connecting Hub in the World? 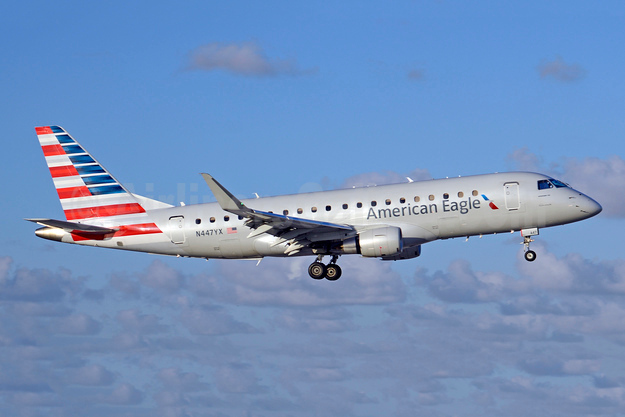 American Airlines according to Airline Route is adding two new routes in May 2019 to Florida:

Both routes will be operated with Embraer 175 aircraft.