The airline, which prides itself on connecting Britain with the world and the world with Britain, will support the British star as she represents the nation globally. The airline will fly Emma to tournaments and training around the world, including next year’s French and US Opens and the Masters’ events in California and Rome, as Emma embarks on the next stage of her worldwide tennis career.

The news follows Emma’s triumph at the US Open in September 2021, making her the first British woman to win a Grand Slam title since 1977. The airline proudly carried both Emma and her team home from the win, warmly welcoming her back to the UK to be reunited with her family.

As well as tennis, Emma has a passion for aviation, which the airline hopes to bring to life with various activations through its long term partnership, reaching and inspiring women and younger audiences to consider a career in the industry.

The UK’s flag carrier, who has a long-standing history in supporting national sporting events and teams, will be Emma’s first British brand partner.

Emma Raducanu, British professional tennis player, said “British Airways has taken such good care of my team and I ever since the US Open and I have felt their support everywhere I have flown. To be partnering with such an iconic British brand that can play a big role in my performance makes a lot of sense to me. I’m fascinated by aviation and we have some interesting projects planned together.”

British Airways has been the proud airline partner to Team GB and Paralympics GB since 2008 and is currently the Principal Partner to Twickenham Stadium, Official Airline Partner to England Rugby. The airline also flew the British & Irish Lions to and from South Africa this year.

“Germany has become the latest European country to ban most travelers from Britain, to try to slow the spread of the Omicron variant.”

Will Omicron stall the airline sector recovery in 2022?

The news follows British Airways’ relaunch of daily services to Doha, with the airline’s first flight taking off from Gatwick last week, giving customers access to Qatar Airways’ expansive global network with connections from Doha to over 100 destinations across the world.

This winter, the airlines will jointly operate up to six daily flights between London and Doha – five from London Heathrow and one from London Gatwick.

Following on from this milestone in their partnership, the two airlines announce that they intend to further expand their joint business and offer customers access to more destinations on their respective networks.

The proposed expansion will give customers enhanced access from Europe to popular destinations in the Middle East, Asia, Africa and Australasia, such as Singapore, Sydney, Colombo and Nairobi. It will also improve access to destinations across Europe such as Amsterdam, Madrid or Dublin.

Qatar Airways Group Chief Executive, His Excellency Mr. Akbar Al Baker, said: “Expanding our Joint Business with our strategic airline partner, British Airways, is an important milestone in our ambition of providing customers access to the most extensive route network and unrivalled product.”

Sean Doyle, British Airways’ Chairman and Chief Executive Officer, said: “The launch of our first flight from Gatwick to Doha was an important milestone in our existing joint business with Qatar Airways. The proposed expansion of the joint business will be great news for customers, offering them access to more destinations across the world with seamless connections. We know customers are always looking for more options to connect onto popular holiday hotspots such as the Maldives and Seychelles, and this expansion will allow them to do just that.”

The airlines expect to receive news of any relevant regulatory approvals of their expanded Joint Business proposition in the first half of 2022.

British Airways has announced that year-round nonstop service between Pittsburgh International Airport and London Heathrow Airport will resume June 3, 2022, restarting a key route for the region. 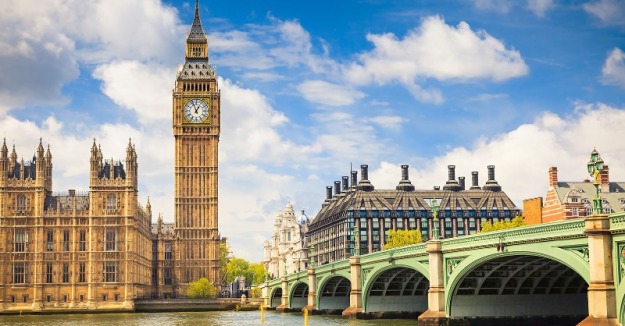 The flight will operate once again four days a week with service on Tuesdays, Wednesdays, Fridays and Sundays departing from London Heathrow at 4:45 p.m. and landing in Pittsburgh at 7:50 p.m. The return flight will depart Pittsburgh at 9:50 p.m., arriving in London at 10:10 a.m. the following day.

After a 20-year hiatus, British Airways resumed service to Pittsburgh in 2019. The flight operated successfully for a year before pandemic-related travel restrictions led to the flight’s suspension in 2020. The flight is expected to generate more than $50 million annually to the Pittsburgh regional economy.

British Airways has revealed the initial destinations for its new Gatwick subsidiary, which will start flying from March 2022. Tickets to 35 short-haul destinations will also be on sale from Tuesday, December 14, 2021.

The airline announced its intention to create a short-haul standalone business at Gatwick in August, similar to its operation from London City Airport, which operates under the British Airways name but exists as an entirely separate entity. The offshoot will launch later in 2022, with short-haul services at Gatwick being operated by mainline BA until the new entities’ Air Operators Certificate is issued. BA short-haul flights will start operating from Gatwick at the end of March, with three Airbus short-haul aircraft initially, ramping ramp up to 18 aircraft by the end of May.

The subsidiary will herald the airline’s return to short-haul flying from the London airport, which had been suspended as a result of COVID-19 in Spring 2020. During the pandemic, several routes were moved to Heathrow airport, some of which will return to Gatwick, as well as being maintained at Heathrow to give customers choice, including Faro, Ibiza, Malaga, Marrakech and Tenerife. In addition, other new routes will be added at Gatwick including Athens, Berlin, Madrid, Milan Malpensa and Santorini.

The new services will be branded and known as British Airways. Customers will receive the same high level of service they expect of British Airways as well as enjoying the benefits of traveling with the UK’s flag carrier including a generous baggage allowance, free water and snacks, free seat selection at -24 hours and frequent flyer benefits which include lounge access.

Club Europe customers will also receive complimentary food and drink and Euro Traveller customers who want to order additional food will benefit from access to the airline’s ‘Speedbird Café’, which features a selection of products from a range of carefully selected British brands.

The airline has already launched a significant recruitment campaign to invite people interested in roles to help the company launch the new subsidiary.

The new services will initially be operated by British Airways, but by Autumn 2022 the organization will be managed separately under the company trading name ‘BA Euroflyer’, consistent with its sister subsidiary ‘BA CityFlyer’. The brand name will remain as British Airways.

As customers look to plan a trip next year, through the Atlantic Joint Business, customers will have a selection of new routes to choose from for Summer 2022.  New gateways include, London to Portland, Barcelona to Los Angeles and Helsinki to Dallas.

The Atlantic Joint Business is a joint venture that started in 2010, between American Airlines, British Airways and Iberia, with Finnair joining in 2013, LEVEL in 2017 and Aer Lingus in 2021.  By bringing their network of flights together, the partnership offers customers in the North Atlantic the most competitive choice, with Aer Lingus, British Airways, Finnair, Iberia and LEVEL operating in Europe and American Airlines in the USA.

Customers can mix and match flights operated by any of the six carriers to get the best deals and enjoy smoother connections through coordinated schedules.  The new routes are:

Two new North American routes have launched from its new base in Manchester:

Fares start from £438 economy return including taxes and charges

Operating 4 flights a week – Monday, Tuesday, Thursday and Saturday; increasing to    daily flights from 2 May 2022

Fares start from £558 economy return including taxes and charges

Up one daily Madrid-Chicago flight

Up to 19 weekly flights Madrid – Mexico 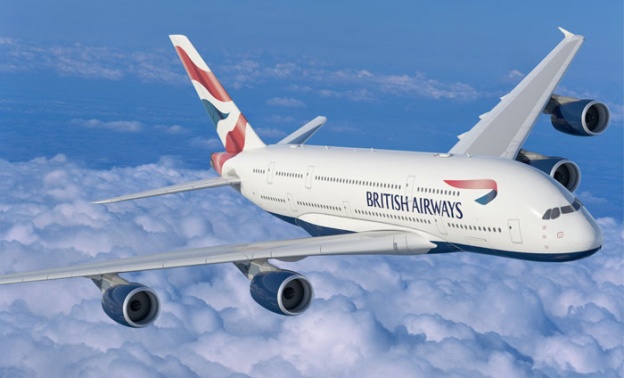 British Airways will become the first airline in the world to use sustainable aviation fuel produced on a commercial scale in the UK after signing a multi-year agreement with Phillips 66 Limited.

Thousands of tons of SAF will be produced for the first time in the UK at the Phillips 66 Humber Refinery near Immingham and will be supplied to British Airways to power a number of its flights from early 2022.

The supply agreement between British Airways and Phillips 66 Limited, a wholly owned subsidiary of diversified energy manufacturing and logistics company Phillips 66, advances both companies’ commitments to a lower-carbon future. The airline, which is driving to achieve net zero carbon emissions by 2050, will purchase enough sustainable fuel to reduce lifecycle CO2 emissions by almost 100,000 tonnes, the equivalent of powering 700 net zero CO2 emissions flights between London and New York on its fuel-efficient Boeing 787 aircraft.

The SAF will be produced from sustainable waste feedstock at the Humber Refinery, which will deliver its SAF supply to British Airways via existing pipeline infrastructure that feeds directly into UK airports.

The airline’s parent company, International Airlines Group (IAG), is investing $400 million over the next 20 years into the development of SAF and British Airways has existing partnerships with a number of technology and fuel companies to develop SAF plants and purchase the fuel. SAF can reduce lifecycle carbon emissions by over 80% compared to the traditional jet fuel it replaces.

Last year Phillips 66 Limited invested significantly to expand its production of fuels from waste feedstocks. The investment is part of a broader energy transition plan to reduce the carbon intensity of its refinery operations and products that support 1,000 Humber Refinery jobs.

Phillips 66 and British Airways support government plans for a future SAF mandate and a business model for investing in advanced waste to jet fuel projects through participation in the Department for Transport’s Jet Zero Council Delivery Group, of which British Airways and Phillips 66 Limited are members.

By channelling its NDC content through the next-generation Travelport+ platform, British Airways will be able to offer travel retailers a wider range of content – including Additional Price Points and an expanded selection of ancillary products – while taking advantage of modern digital retailing tools such as intelligent storefronts to merchandize them effectively.

Travelport and IAG are progressing well on the technical solution for NDC distribution and will continue to add features and functionality ahead of NDC content being rolled out.

From the Evening Standard: