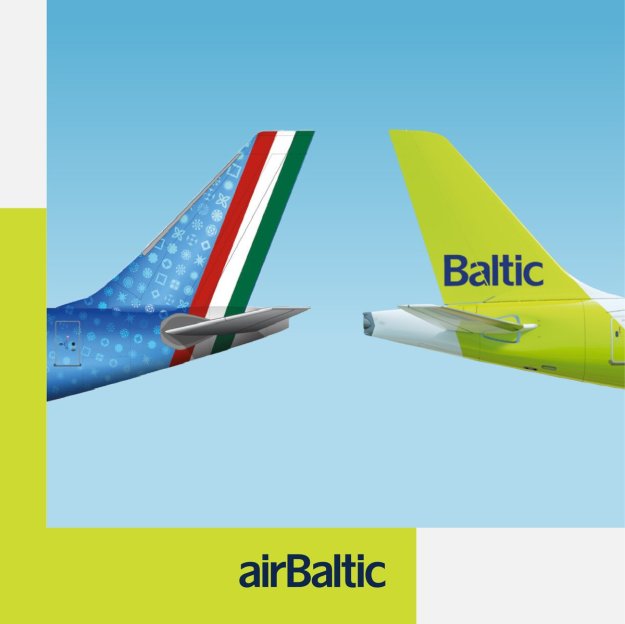 ITA Airways and airBaltic are starting codeshare cooperation that will open new and wider travel opportunities.

airBaltic customers will benefit from convenient access to various destinations in Italy. At the same time, ITA Airways passengers can now purchase tickets to Riga on direct flights from Rome (Fiumicino) and Milan (Malpensa).

Similarly, ITA Airways will offer new connections to its passengers and will apply its code AZ on flights operated by airBaltic between Italy and Latvia.

The Company announces that today it has received an Expression of Interest from the MSC Group and Lufthansa to acquire the majority of ITA Airways. The MSC Group has agreed with Lufthansa its participation in the partnership on terms to be defined during the Due Diligence.

ITA Airways is satisfied that the work carried out in recent months to offer the best prospects to the company is starting to have the expected results, providing for a company recognized as viable for partners of international reputation both in passenger and cargo transport. The Board of Directors will examine the details of the Expression of Interest in an upcoming meeting.

“Lufthansa is set to buy a 40% stake in Alitalia’s successor ITA Airways and a deal could be unveiled next week, Italian daily Il Foglio reported on Saturday.” 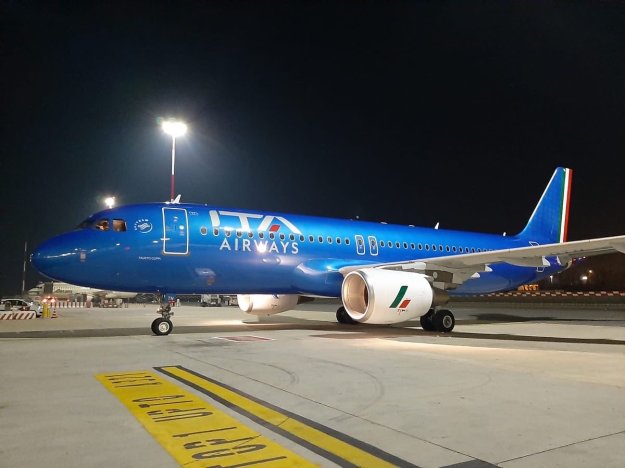 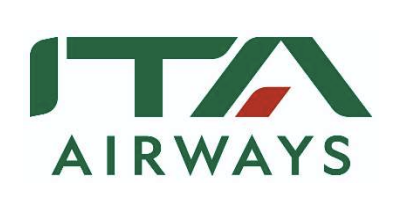 The second aircraft with the new livery has entered the ITA Airways fleet.

The second aircraft sporting the new blue livery has joined the ITA Airways fleet. It is an Airbus A319 (EI-IMN) dedicated to the Olympic champion Pietro Mennea, who was known with the nickname of “The Arrow of the South” and was the man of records in terms of speed.

A gold medalist in Moscow, Pietro is the only 200-meter runner to have qualified for five consecutive Olympic Games (from 1972 to 1988) and, he is the holder of two important records set back in 1979: the world record for the 200 meters run achieved in 19″72, which was beaten in 1996 but is still a record at European level after more than 40 years; and the European record for the 100 meters run with 10″01 which was improved at national level only in 2018. 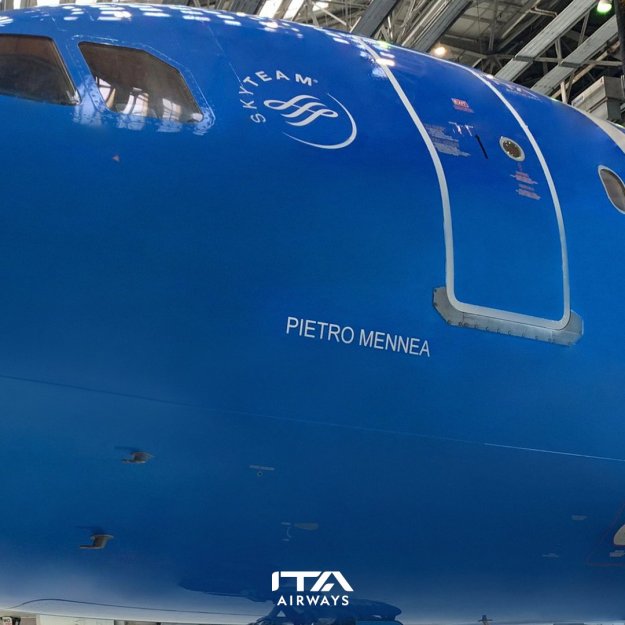 The Airbus A319 dedicated to Pietro Mennea joins the ITA Airways fleet just a few weeks after the debut of the Airbus A320 named after Paolo Rossi. The new aircraft will be operational from January 14, 2022.
ITA Airways continues its strategy of naming new aircrafts after the greatest Italian sportsmen, who were ambassadors in the world of professionalism, determination, strength and passion – all values that have raised the Italian flag high.
One of the fundamental pillars in ITA Airways’ business plan is to put the customer at the center of its business. Precisely for this reason, the Company invited fans on its social networks to choose the names of the champions for the upcoming aircrafts with new livery that will soon join its fleet.
The new livery of ITA Airways is characterized by the blue color, chosen as a symbol of unity, cohesion and pride of the country and representative of sports and the Italian national team. On the rudder the tricolor, on the blue background the white and red gold logo of ITA Airways and stylized icons inspired by the national artistic heritage.

ITA Airways’ first Airbus A320 has been painted. At 21:30 (9:30 pm) today the first plane with the new livery is scheduled to depart from Ostrava for Rome.

The pictured Airbus A320-216, registered as EI-DTE, is dedicated to the champion Paolo Rossi.
EI-DTE will enter revenue service tomorrow as flight AZ2044 between Rome (Fiumicino) and Milan (Malpensa). 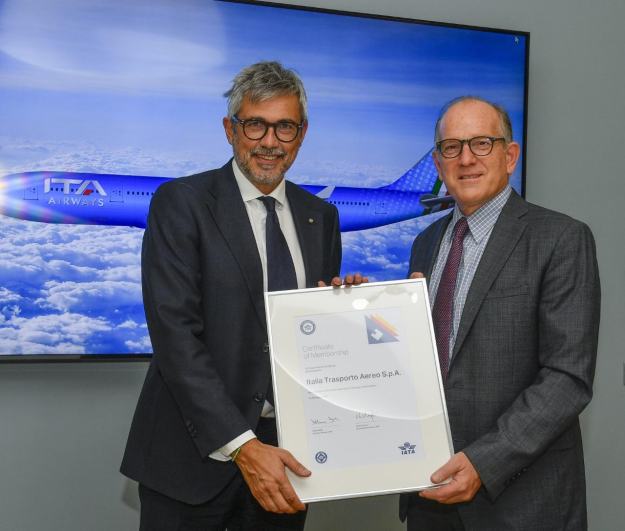 The new airline started with 52 aircraft. This will expand to 78 in 2022 with the gradual inclusion of new-generation aircraft that will reach 75% by 2025 when the total fleet will consist of 105 aircraft.

In other news, starting on December 26, 2021, ITA Airways will add the new “Superior Class” on its domestic flights.

The first Airbus A320 in the new livery will be EI-DTE.

The Airbus A320-216 will bear the name of the great blue champion Paolo Rossi, top scorer in the Spanish World Football Championship Cup, a World Champion, Golden Ball, a true popular icon, a sportsman who has transformed his difficulties into one of the most beautiful stories of Italian sport.

The choice of the name of the champion Paolo Rossi is part of ITA Airways’ strategy of naming the new aircraft after the greatest Italian sportsmen, ambassadors in the world of professionalism, determination, strength, passion and grit, elements that have always raised the flag of Italy. 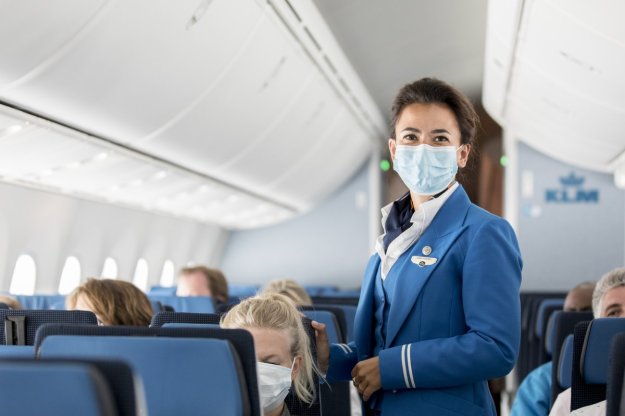 The partnership will allow KLM customers to book tickets to eight new destinations in Southern Europe. KLM passengers will be able to fly with ITA via Rome or Milan to Palermo, Reggio Calabria, Bari, Brindisi, Lamezia Terme and Trieste in Italy, to Malta, and to the Albanian city of Tirana.

KLM currently offers 18 daily flights between Amsterdam and Milan (Malpensa Airport and Linate Airport), Turin, Genoa, Rome, Venice, Florence, Bologna and Catania. Customers flying to Catania, Genoa and Venice will also have more options. In addition to KLM’s direct daily services, it will also be possible to transfer to ITA flights to these destinations. 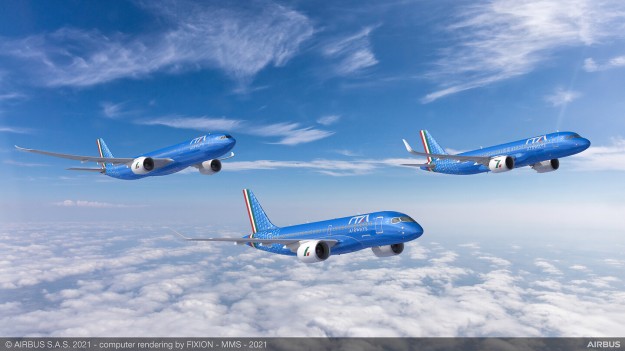 ITA Airways, Italy’s new national carrier, has firmed up an order with Airbus for 28 aircraft, including seven A220s, 11 A320neos and 10 A330neos, the latest version of the most popular A330 widebody airliner.

The order confirms the Memorandum of Understanding announced on September 30, 2021. In addition, the airline will pursue its plans to lease A350s to complement its fleet modernization.

Serbia’s national airline, Air Serbia, and Italy’s national airline, ITA Airways, became partners by entering into a codeshare agreement, in order to provide a wider selection of destinations and better connectivity via their hub airports to passengers. Air Serbia is among the first airlines to have inked such an agreement with ITA Airways, which launched operations in October this year.

ITA Airways and Air Europa have signed a broad codeshare agreement connecting the networks of the two airlines. Thanks to this commercial partnership, which starts today 8th November 2021, ITA Airways will increment its operations and commercial offer on Spain and Canary and Balearic Islands.

Customers will have more options and better flight schedules when traveling through the two airlines’ hubs in Rome and Madrid. Following this agreement, ITA Airways’ and Air Europa’s customers can now fly seamlessly to their desired destination with a single ‘unique’ ticket, checking-in at the airport of departure, and collecting their checked-through baggage at the end of their trip in the arrival airport. ITA Airways will apply its ‘AZ’ code on services operated by Air Europa between Italy and Spain. Similarly, Air Europa will code share AZ flights between Barcelona, Madrid and Rome, connecting Italian domestic services beyond Rome Fiumicino Airport and selected connecting international services.
Marco Finelli reporting from Italy.