Apparently Boeing cares more about speed and not accuracy on the 787 production line at Charleston, SC according to this article by The Post and Courier. Read the article: CLICK HERE 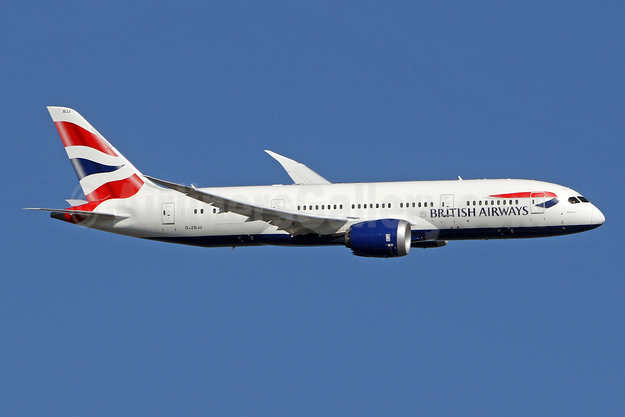 Customers can swing their way to charming Charleston next summer as British Airways launches a new route to the soulful South Carolina city.

From April 4, 2019, British Airways will launch a two-per-week summer service from Heathrow, Terminal 5 and will be the only airline flying direct between Europe and the southern city.

The service will be operated by a Boeing 787-8 Dreamliner. Boeing has a factory in Charleston where they are currently building the 787-10 Dreamliner. British Airways will take delivery of 12 new Boeing 787-10s between 2020 and 2023.

The new route will take the number of US destinations the airline flies to from London next summer up to 29, and the number of daily flights offered by British Airways and American Airlines as part of their transatlantic joint business up to around 73 per day. The airline is also launching a four per week service to Pittsburgh from April 2019.

Flights will be operated with Next Generation 737 aircraft four days a week.

By this fall, Seattle’s largest airline will serve 83 destinations from Seattle/Tacoma with 290 peak daily flights—two-and-a half times that of Alaska’s nearest competitor.

Flights will be operated by fuel-efficient Next Generation 737 aircraft.

Boeing (Chicago, Seattle and Charleston) has delivered the first 787-9 Dreamliner assembled at its North Charleston, South Carolina, facility to United Airlines (Chicago). The airplane also marks a milestone for the 787 program as the 250th Dreamliner to be delivered.

“Our customers have told us they love flying on the Dreamliner, and we’re excited to mark yet another first for the aircraft with this delivery from Boeing South Carolina,” said United’s Vice President of Fleet Ron Baur. “We were the first North American carrier to fly the 787-8 in September 2012 and the first to fly 787-9s in September 2014. The Dreamliners have allowed us to fly longer distances with greater fuel efficiency and open new direct routes such as Los Angeles to Melbourne, while providing our customers and employees with a more comfortable flying experience.”

This is the fourth 787-9 for United Airlines, in addition to the 12 787-8s the airline already has in service.

The 787-9 complements and extends the 787 family. With the fuselage stretched by 20 feet (6 meters) over the 787-8, the 787-9 is designed to fly up more passengers and cargo farther with the same exceptional fuel and environmental performance: 20 percent less fuel use and emissions than the airplanes they replace.

Boeing (Chicago, Seattle and Charleston) has released this statement in regards to possible unionization of its South Carolina Boeing 787 workforce by the IAM:

Boeing was notified on March 16 that the International Association of Machinists (IAM) union has petitioned the National Labor Relations Board (NLRB) for a union election at the company’s North Charleston, S.C., facilities.

If the NLRB permits it, a vote will be scheduled for eligible teammates to decide whether they will turn over their rights to the IAM or keep a direct relationship with the company.

“Boeing South Carolina teammates have done what so many people said couldn’t be done. And they did it by working together, engaging every day, and truly committing themselves to the success of our site,” said Beverly Wyse, Boeing South Carolina’s newly appointed vice president and general manager. “And let’s be really clear, the IAM was not part of this success – it was our BSC teammates. In fact, the IAM aggressively opposed it, as publicly demonstrated by their filing of a claim with the National Labor Relations Board, to try to keep our site from even opening. Now, simply by filing this petition, the same union that tried to take our jobs and our work, has already begun to divide our team at a time when we’re just beginning to gel and catch a solid rhythm in production.”

“We think our Boeing South Carolina teammates deserve to pave their own future and keep their hard-earned money in their own pockets,” said Wyse. “In fact, they’ve been very successful doing just that for the past five years. They’ve built not only new airplanes, but also a new site, and new opportunities for an incredible future here in South Carolina by working together as a team, without the distractions of a union. We’re extremely proud of what our teammates have accomplished.”

Boeing South Carolina has established several outlets to keep teammates, their families and the community updated throughout this process, including a website and Facebook page that provides information, facts, data, and additional resources related to the IAM’s unionizing efforts in South Carolina.