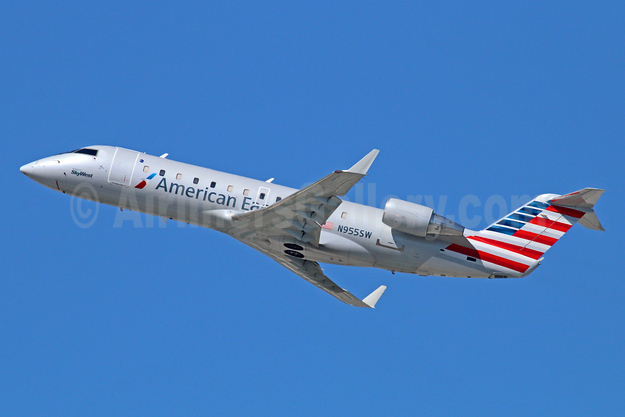 The new route will be operated with Bombardier CRJ200s. 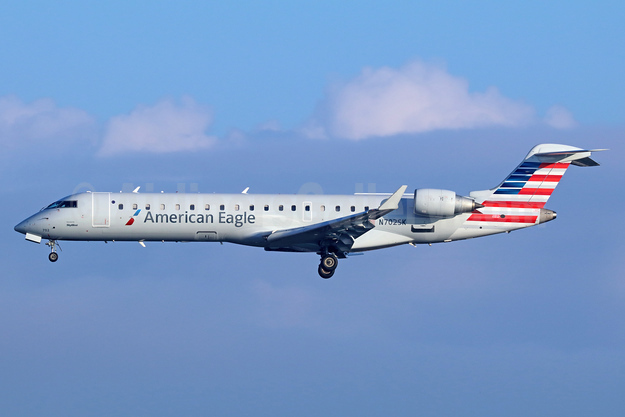 American Airlines will operate American Eagle service seasonally on Saturdays in the Los Angeles – Flagstaff, AZ market starting on May 5, 2018. The weekly service will operate until September 2018 to test the market.

Flagstaff Convention and Visitor’s Bureau is pleased to announce that starting May 5, 2018, American Airlines will fly a 70-seat jet aircraft from Los Angeles International Airport (LAX) into Flagstaff every Saturday. The aircraft will include a first-class cabin, and depart LAX at 2 p.m. and arrive at FLG at 3:30 p.m. The flight to LAX will depart Flagstaff at 3:58 p.m., arriving in Los Angeles at 5:43 p.m.

Beginning June 9, 2018, American Airlines will also add a nonstop flight from Dallas-Fort Worth, Texas (DFW) to FLG every Saturday. The flight departs DFW at 11 a.m. and arrives in FLG at 11:30 a.m. The returning flight will depart Flagstaff at 12:45 p.m. and return to DFW at 5:15 p.m. Note arrival and departure times are listed in FLG and DFW local times. This aircraft will also be a 70-passenger jet with a first-class cabin.

American Airlines (Dallas/Fort Worth) is planning to end American Eagle service from Los Angeles to both Monterey, California and Santa Fe, New Mexico on September 8 per Airline Route. AA is planning to end all service to both stations.

American Airlines (Dallas/Fort Worth) will end American Eagle Bombardier CRJ200 service between Los Angeles and Santa Barbara on April 1 according to Airline Route.

Commenting on the results, Jerry C. Atkin, SkyWest’s Chairman and CEO, said, “The decrease in our earnings in the fourth quarter is primarily due to advance preparations for the implementation of FAR 117, the new flight and duty time regulations, and aging maintenance costs on the 50-seat aircraft. We also invested in our future by beginning certification work on the Embraer 175 aircraft that are scheduled for delivery beginning in the first quarter of 2014.”

Total airline expenses (consisting of total operating and interest expenses) increased $4.0 million, or 0.5%, during the quarter ended December 31, 2013, compared to the same period in 2012.  However, after deducting pass-through costs for fuel, certain engine overhaul expenses landing fees and station costs from total operating cost and interest expenses, the remaining total airline expenses increased $33.4 million.  Management estimates that approximately $16.9 million of the increase was due primarily to the 2.8% increase in block hour production and approximately $16.4 million was primarily due to additional maintenance costs, cost increases resulting from new pilot regulations (FAR 117) and costs incurred from certifying a new E175 aircraft type.

Under certain of its agreements with its major partners, SkyWest recognizes revenue at fixed hourly rates for mature engine maintenance on regional jet engines and recognizes engine maintenance expense on its CRJ200 regional jet engines on an as-incurred basis as maintenance expense.  During the quarter ended December 31, 2013, CRJ200 engine expense under these agreements decreased $1.0 million to$9.6 million, compared to $10.6 million for the quarter ended December 31, 2012, primarily as a result of decreased engine overhaul expense due to the timing of scheduled engine maintenance events.  SkyWest was reimbursed approximately $12.7 million and $10.3 million for engine overhaul expense, under its agreements with its major partners, during the quarters ended December 31, 2013 and 2012, respectively.

On May 21, 2013, SkyWest announced it had entered into a Capacity Purchase Agreement (CPA) with United Airlines, Inc. to operate 40 new Embraer 175 dual-class regional jet aircraft. The CPA is for 12 years and the new aircraft will be operated by SkyWest’s wholly-owned subsidiary, SkyWest Airlines, Inc. (St. George). Deliveries for these aircraft are scheduled to begin in March 2014 and continue through July 2015.

Additionally, on May 21, 2013 SkyWest announced it reached an agreement with Embraer S.A. for the purchase of 100 new E175 dual-class regional jet aircraft, 40 of which are considered firm orders and the remaining 60 aircraft remain conditional upon SkyWest entering into capacity purchase agreements with other major airlines. SkyWest intends to place the 40 new E175 aircraft into service under the terms of the United CPA discussed above.

On June 17, 2013, SkyWest and Embraer jointly announced an aircraft purchase agreement covering 100 E175-E2 dual-class regional jet aircraft and an option to purchase an additional 100 of the same aircraft.  Deliveries for these E2 aircraft are tentatively planned to start in 2020.

Copyright Photo: Michael B. Ing/AirlinersGallery.com. Even though SkyWest is shrinking its Bombardier CRJ200 fleet, it was fortunate to place some of the grounded CRJ200s with American Airlines as an American Eagle carrier. SkyWest’s Bombardier CRJ200 (CL-600-2B19) N864AS (msn 7502) departs the runway at Los Angeles International Airport.