AirAsia (AirAsia.com) (Malaysia) (Kuala Lumpur) has placed a new order with Airbus for 100 additional A320 Family aircraft. The contract covers an additional 64 A320neo and 36 A320ceo aircraft for operation across the carrier’s network.

The order was announced during a visit by British Prime Minister David Cameron to the Airbus wing manufacturing facility at Broughton in the UK, where Mr Cameron witnessed the signing of documents by Tan Sri Tony Fernandes, Group Chief Executive Officer, AirAsia and Fabrice Brégier, President & CEO, Airbus.

The contract reaffirms AirAsia’s position as the largest A320 Family airline customer in the world. Altogether, the carrier has now ordered 475 single aisle aircraft from Airbus, comprising 264 A320neo and 211 A320ceo. Over 100 aircraft have already been delivered to the airline and are flying out of its bases in Bangkok, Kuala Lumpur, Jakarta, Manila and Tokyo.

Top Copyright Photo: Eurospot. The first new Airbus A320 for AirAsia with the new Sharklet winglets is this Airbus A320-216 with the temporary registration of F-WWIC (msn 5428) at Toulouse. The new airliner, which also sports the new 2012 livery, will be delivered as 9M-AQQ. 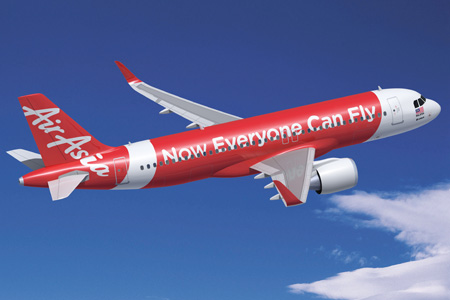 Thai AirAsia (AirAsia.com) (Bangkok) will move all of its operations from the large (but more congested) Suvarnabhumi International Airport (BKK) back to the smaller (but underutilized) Don Mueang International Airport (DMK) on October 1. The low-fare airline is currently being impacted at BKK with a runway closure that is renovating the east runway until August 9, 2012.

“AirAsia affirms its readiness to transfer all operations to Don Mueang International Airport by October 1, 2012. The airline assures Don Mueang Airport will be able to accommodate its growing fleet and provide its customers with the utmost satisfaction.”

Thai AirAsia is planning to grow its Airbus A320 fleet to 48 aircraft.

AirAsia (AirAsia.com) (Kuala Lumpur) is facing possible legal action by the Australian Competition and Consumer Commission for allegedly failing to disclose the full price of fares for flights from Australia to internation destinations according to this report by the Sydney Morning Herald.

AirAsia X (AirAsia.com) (Kuala Lumpur) has announced it will suspend scheduled low-fare flights to Mumbai, India from January, while the services to New Delhi, London and Paris will all cease at the end of March due to high taxes and high fuel costs.

Copyright Photo: Pedro Pics. Please click on the photo for information on this Oakland Raiders logojet.

AirAsia (AirAsia.com) (Malaysia) (Kuala Lumpur) is considering another order for 25 to 30 additional Airbus A320s according to CEO Tony Fernandes and this article in the Business Times. 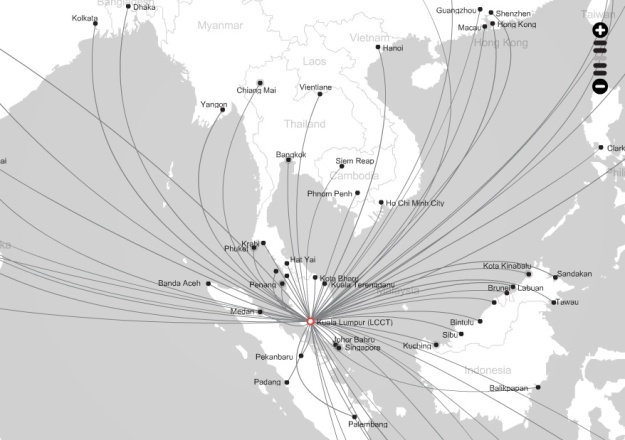 Read the full report in the WSJ:

In other news, the airline is claiming to have set a world record for the most tickets sold in 24 hours – 500,000.

AirAsia (AirAsia.com) (Kuala Lumpur) has issued a free lifetime pass to a baby born on board a flight this week. 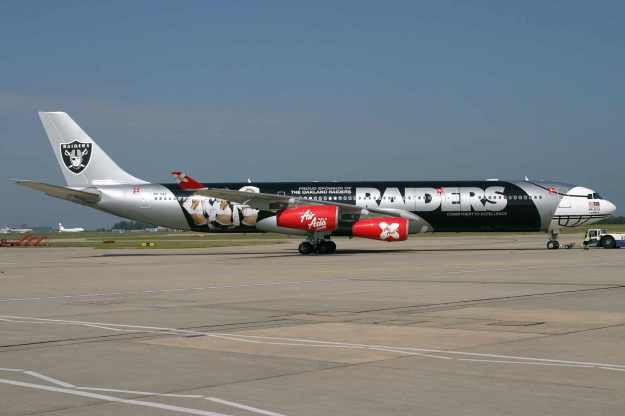 AirAsia X (Kuala Lumpur) will add its second European destination. One stop service to Paris (Orly) will commence next year.