Alaska Airlines, a new member of the oneworld Alliance, currently has 62 Embraer E175 jets in their fleet, operated by Horizon Air and SkyWest Airlines. The 76-seat aircraft will be delivered in Alaska’s livery and three-class configuration, starting in 2022.

With recovery on the horizon, Alaska Airlines is taking advantage of strategic opportunities by adding 30 mainline and regional aircraft to fulfill capacity needs in the years ahead. And as more travelers search for additional leisure getaways, Alaska will begin flying to Belize City, Belize.

Alaska expects domestic travel to return to pre-COVID levels by the summer of 2022, which will require more aircraft across Air Group. To prime the airline for growth, Alaska is taking the following actions:

The 17 regional aircraft additions grow Air Group’s regional fleet to 111 planes: 71 at Horizon and 40 with SkyWest. Horizon will receive its nine additional E175s in the next two years: five scheduled for delivery in 2022 and four in 2023. This is in addition to three existing firm E175 orders to be operated by Horizon. All eight SkyWest aircraft will enter service for Alaska in 2022.

Photo: Alaska Airlines. In order to fly the 737-9, pilots are required to take eight hours of flight simulator and computer-based training that focus on the operation of the MAX. The pilot training program for the MAX is more extensive than what’s required by the FAA.

You better BELIZE it! We're launching new service to Belize later this year. To celebrate, we're sending you & a friend to this paradise. ✈️ 🌴 Reply w/ hashtag #BelizePlease, tag a friend & tell us why Belize is on YOUR bucket list by 11:59pm PT on 5/14. https://t.co/LmWUYINCX7 pic.twitter.com/UMhpVm8zg6

Routes and schedules to Belize will be announced when ticket sales begin in early June.

Alaska Airlines is planning to drop two routes from Albuquerque in January.

According to Airline Route, the carrier will drop the Albuquerque – Orange County and Albuquerque – San Francisco routes on January 6, 2019.

Both routes are operated by SkyWest Airlines.

Alaska Airlines will drop two routes in the spring according to Airline Route: 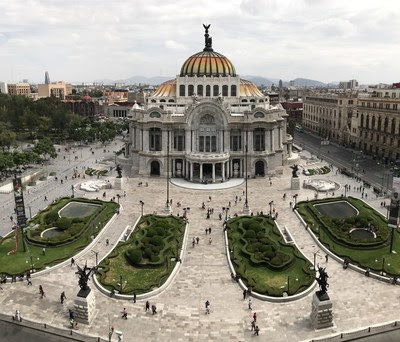 All flights, except the Portland-Austin route, will be operated by Alaska’s sister carrier Horizon Air, using a 76-seat Bombardier Q400 aircraft.

The Portland-Austin flights will be operated for Alaska by SkyWest Airlines, using new 76-seat Embraer 175 jets. The E175 jet features 12 seats in first class and 64 in coach, and with cabin dimensions on par with a 737.