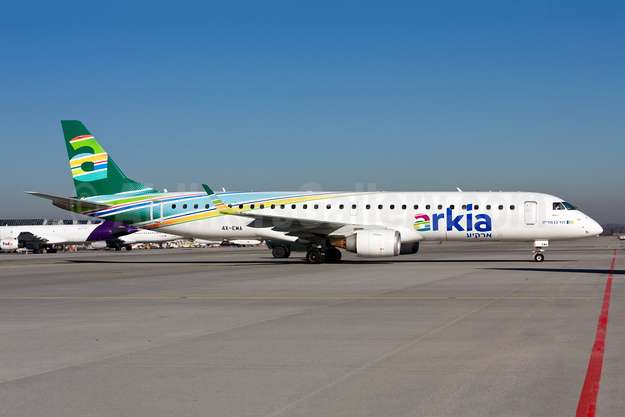 Arkia was founded in 1949 as Israel Inland Airlines.

Arkia Israeli Airlines which is majority owned by Jordache Enterprises, has taken delivery of its first Airbus A321LR becoming the launch operator of the world’s most flexible and capable large single aisle aircraft ever.

The A321LR is the latest version of the best selling A321 Family and allows operators the flexibility to fly Long Range (LR) operations of up to 4,000nm (7,400km) and to tap into new long haul markets, which were not previously accessible with single aisle aircraft. The new LR cabin configuration allows airlines to offer each passenger more space and premium products for widebody comfort.

Powered by Leap CFM motors, Arkia’s A321LR fleet will be configured with 220 seats in a single class layout.

The A321LR and its derivative aircraft family members are the world’s best-selling single aisle aircraft with over 6,100 orders from 100 customers since its launch in 2010. It has pioneered and incorporated the latest technologies, including its new generation engines and the industry’s reference cabin design, delivering 20 percent fuel cost savings alone. The A320neo also offers significant environmental benefits with nearly 50 percent reduction in noise footprint compared to previous generation aircraft.

Arkia Israel Airlines (Tel Aviv) will start a new weekly route from its Tel Aviv hub to Yerevan, Armenia. The new service will be operated with Embraer 195s per Airline Route.

Arkia Israel Airlines (Tel Aviv), the second largest airline in Israel, signed today (July 9) a purchase agreement for four A321neos at the Farnborough International Airshow.  This order makes the airline a new Airbus customer and the first airline in Israel to order the A320 neo Family.  Engine selection will be announced at a later date

The aircraft will be configured in a single all economy class seating 220 passengers. The flexibility and range capabilities of the A321neo will allow Arkia to operate their new aircraft on expanding routes to European and domestic destinations.