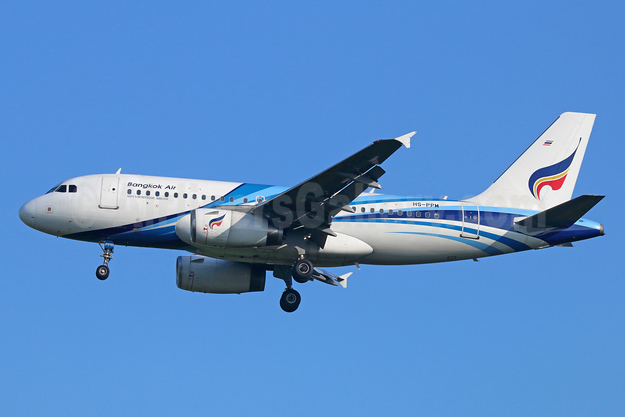 Borussia Dortmund, one of Europe’s most successful football clubs with a traditionally strong fan base in Asiaand the world, announces Bangkok Airways, Thailand-based regional airline, a “Regional Partner of Borussia Dortmund” at Signal Iduna Park in Dortmund, Germany.

The cooperation deal includes a variety of advertising and promotional components of the co-branding campaigns in Thailand, Southeast Asian countries, mainland China, Hong Kong, India and Bangladesh which will enhance the airline’s brand recognition across the region.

Mr. Puttipong Prasarttong-Osoth, Bangkok Airways’ President, says, “We are so proud and excited to partner with Borussia Dortmund, an eight-time German Champions. With Borussia Dortmund’s strong global brand presence and a huge fan base, we believe that it will strengthen Bangkok Airways’ brand image as Asia’s Boutique Airline as well as make the airline better known across Asia and Europe which are our main customer bases.”

“Another highlight is BVB Evonik Football School for children as giving back to the community has been part of our business roadmap for many years. We will work with our dedicated CSR team to make this sponsorship activation tangible,” added Mr.Puttipong.

Carsten Cramer, Chief Marketing Officer of Borussia Dortmund states, “We are excited to partner with Bangkok Airways that have strengthened their award winning position over the last couple of years in Asia. Both of us we are ambitious and aspiring brands and are looking forward to introduce our cooperation across Bangkok Airways’ key markets.”

Borussia Dortmund (www.bvb.de/eng) is one of the most traditional and popular German football clubs. Founded in 1909, BVB boasts around 10 million fans within Germany and, in addition, also looks to a rapidly growing fan base worldwide. 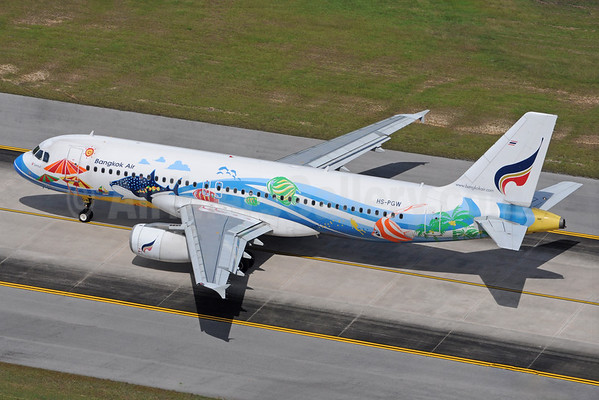 Bangkok Airways (Bangkok Air) (Bangkok) has issued this statement following a terrorist bombing on Monday (August 17) at the Erawan shrine in Bangkok. 21 people died in the bomb blast. According to the Bangkok Post, 23 nations have now issued travel warnings for travel to Thailand. Here is the statement by the airline:

“on behalf of everyone at Bangkok Airways, we would like to express our deepest condolences to those who have been affected by this unfortunate event.”

“However, we are monitoring the situation closely and have been cooperating with the Airport Authority of Thailand (AOT) to raise security measures at Suvarnabhumi Airport, all destination airports and at the airline’s own airports (Samui, Sukhothai and Trat) to a higher level to ensure the safety of its passengers and its staffs.”

In other news, the company issued it operating results for the second quarter:

Bangkok Airways Public Company Limited announced its operating results for the second quarter of 2015 which has amounted to a net profit of 102.2 million baht ($2.8 million); up by 131.8 percent from the same period of the previous year.

Mr. Puttipong Prasarttong-Osoth, President of Bangkok Airways PCL commented that, “In the second quarter, total revenue of the company was 5,563.4 million baht, increased by 12.9 percent from the same period in the previous year. Net profit was reported at the amount of 102.2 million baht, mainly based on higher average fare and higher number of passengers. Available Seat Kilometers (ASK) ascended by 4.3 percent; our load factor was at 59.9 percent for this quarter. For the first six-month period, the company received total revenue of 12,297.3 million baht in which net profit was reported at 1,188.9 million baht.”

Mr. Puttipong continues, “The number of passengers of Bangkok Airways increased by 5.6 percent for the second quarter of 2015 in which our main market, Asia, particularly East Asia, has the highest growth. Despite the slow growth of Europeans traveling to Thailand, excluding the Russian, the company was able to maintain the sale growth from this market comparing to last year. The top 3 countries that the number of passenger has still been growing are Germany, United Kingdom and France.”

The additional frequencies adhere with our business strategy are to establish Samui airport as our second hub, followed by Suvarnnabhumi airport and to expand our route network in order to serve our codeshare partners from Australia and Southwest Pacific. During the second quarter, the company has entered into a codeshare agreement with Jet Airways which added our frequencies on Bangkok-Mumbai route from 1 flight to 3 flights per day. This certainly has provided more choices to the passengers as well as to increase the efficiency of our routes.” Mr. Puttipong added.

Recently, BA stocks has been added to numerous indexes which are MSCI Global Small Cap Indexes (effective since 29 May 2015.), FTSE SET Mid Cap index (effective since 22 June 2015), SET50 and SET100 indexes for the second half of 2015 (1 July – 31 December.) This helps make BA more known amongst investors around the world.

Bangkok Airways (Bangkok Air) (Bangkok) and the European turboprop aircraft manufacturer ATR are pleased to announce the signature of a contract for the purchase of three ATR 72-600s, valued at approximately USD24.6 million each (subject to negotiated discount). This deal represents the conversion into firm orders of the options included in the deal unveiled earlier this year at the Singapore Airshow (6 firm ATR 72-600s and two options), plus one additional aircraft.

With the acquisition of these new ATR 72-600s, the airline will bring to nine its total fleet of ATR 72-600s. The delivery of their first aircraft is scheduled for the fourth quarter of this year, while the 9th aircraft is expected to arrive into the airline’s fleet by the first quarter of 2017. With the introduction of their new ATR 72-600s, Bangkok Airways is further extending its long term partnership with ATR since the two companies have been cooperating for more than 20 years.

Bangkok Airways (Bangkok Air) (Bangkok) and ATR today announced a contract for the sale of six firm ATR 72-600 aircraft and two options. Bangkok Airways has been operating ATR aircraft for two decades and currently operates a fleet of eight ATR 72-500s. The first new ATR 72-600s will be delivered later this year, allowing Bangkok Airways to start renewing its fleet.

Bangkok Air (Bangkok Airways) (Bangkok) will resume nonstop service to the resort destination of Krabi, Thailand on March 31 when it restores nonstop Bangkok-Krabi flights according to Airline Route. The carrier dropped the route in June 2008 although service was maintained through Samui.

In other news, the airline welcomed its two latest Airbus A320s  named “Maha Mongkol” and “Sawadee Umporn” at Bangkok’s Suvarnabhumi Airport in November and December, its 20th and 21st aircraft. The A320 is configured with 162 economy class seats and will be assigned to both domestic and international routes such as Chiang Mai, Phuket, Yangon (Myanmar), Siem Reap (Cambodia), Mumbai (India), and Dhaka (Bangladesh).

Bangkok Air (Bangkok Airways) (Bangkok) has commissioned Bualuang Securities to prepare the paperwork for an initial public offering (IPO) of company stock in the first quarter of 2013 according to the Bangkok Post.

Koh Samui or often, simply Samui as it is referred to by locals, is an island off the east coast of the Kra Isthmus in Thailand, close to the mainland Surat Thani town and in Surat Thani Province. It is Thailand’s third largest island after Ko Chang and Phuket.

Bangkok Air (Bangkok Airways) (Bangkok) added a new route to Bangalore. The new route from Bangkok will be served five times a week. This is the second destination in India.

Copyright Photo: Ken Petersen. Please click on the photo for information on this special color scheme.