This name change does not affect Binter Canarias. 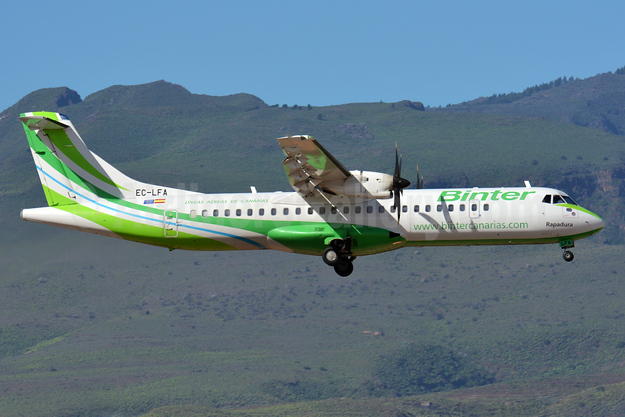 Binter Canarias has announced it will establish a new subsidiary in the Cape Verde Islands with the name of Binter CV.

The new subsidiary will initially operate with two ATR 72-500s that the company is phasing out for newer ATR 72-600s.

The fleet is expected to grow to four or five aircraft.

According to Binter, “It is expected that in the coming weeks Binter CV will obtain from the Cape Verdean authorities an operator’s certificate in order to begin offering inter-island flights in the African archipelago, where it plans to replicate the existing system of air transport in the Canary Islands, in order to contribute to its development bringing the experience of more than 27 years of connecting islands. It is anticipated that its workforce will made up of more than 80 people, mostly professionals in Cape Verde, many of whom have already passed through the Canary Islands Binter facilities for training.”

Binter’s relationship with Cape Verde began in 2012, when it started operating direct flights between the two archipelagos.