The latest agreement takes BOC Aviation’s total direct orders with Airbus to 453 aircraft from the single aisle A320 Family to the A330 and A350 widebodies. 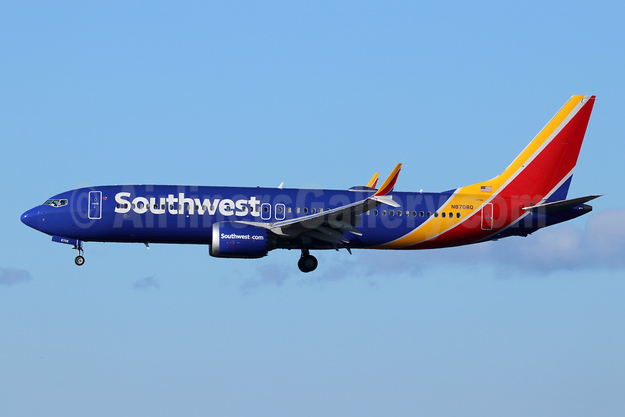 BOC Aviation has made this announcement:

BOC Aviation Limited has announced that it has signed a purchase-and-leaseback agreement with Southwest Airlines for 10 Boeing 737 MAX 8 aircraft. All 10 aircraft are powered by CFM LEAP-1B engines.

Robert Martin, Managing Director and Chief Executive Officer, BOC Aviation, said: “We are delighted to be working with Southwest Airlines once again, building on a long-term relationship that dates back to 2008. This is the sixth major aircraft investment that we have announced this year, which reflects our Company’s ability to provide innovative financing solutions for large-volume transactions and our commitment as a global partner to our airline customers.”

Singapore-based lessor BOC Aviation Limited has placed a firm order with Airbus for 20 A320neo aircraft. Up to 12 of the newly-ordered aircraft will be leased to Colombia’s Avianca Airlines.

Featuring the widest single-aisle cabin in the sky, the A320neo Family incorporates the latest technologies, including new generation engines and Sharklets, which together deliver 20 per cent reduced fuel burn as well as 50 percent less noise compared to previous generation aircraft.

All eight aircraft are scheduled for delivery to the Lion Air Group in 2019 and 2020. Lion Air will have the option to acquire four of the aircraft at delivery.

The order, consisting of 11 Next-Generation 737-800s and 11 737 MAX 8 airplanes, will be posted to Boeing’s Orders and Deliveries website once finalized.

BOC Aviation is a leading global aircraft leasing company with a portfolio of 253 owned and managed aircraft operated by 59 airlines worldwide in 29 countries, with commitments to acquire 203 aircraft, as of 30 September 2015. BOC Aviation, owned by Bank of China, is based in Singapore with offices in Dublin, London, Seattle and Tianjin.

Boeing (Chicago, Seattle and Charleston) and BOC Aviation have finalized an order for two additional 737-800s, valued at $186 million at current list prices.

The order is a part of the Singapore-based leasing company’s effort to grow its portfolio of fuel-efficient airplanes.

BOC Aviation, owned by Bank of China, is the leading global aircraft leasing company based in Asia, owning one of the youngest fleets in the industry with an average aircraft age of less than four years. These two aircraft add to BOC Aviation’s order of 82 Boeing aircraft in August, which comprised 80 737s, of which 50 are 737 MAXs, as well as two 777-300 ERs (Extended Range).

Boeing (Chicago and Seattle) announced today an order by BOC Aviation for 50 737 MAX 8s, 30 Next-Generation 737-800s and two 777-300ERs (Extended Range). The order, valued at $8.8 billion at list prices, is the largest in BOC Aviation’s 20-year history and part of the Singapore-based leasing company’s effort to grow its portfolio of fuel-efficient airplanes.

The unnamed Tata Group – Singapore Airlines (Singapore) joint airline venture in India has selected the Airbus A320 to power the new full-service airline. According to this report by Reuters, the JV will be leasing 20 Airbus A320s from BOC Aviation (Singapore). The Tata-Singapore JV airline is expected to launch operations in the second half of this year.

The Tata Group is also partnering with AirAsia to launch an unnamed low-fare joint venture airline in India.

The Indian market is exploding despite the recent failure of Kingfisher Airlines. Jet Airways is negotiating a large Boeing 737 order with Boeing.

The Tata Group is an Indian multinational conglomerate company headquartered in Mumbai, Maharashtra, India according to Wikipedia The group encompasses seven business sectors: communications and information technology, engineering, materials, services, energy, consumer products and chemicals. Tata Group was founded in 1868 by Jamsetji Tata as a trading company. It has operations in more than 80 countries across six continents. Tata Group has over 100 operating companies with each of them operating independently.

Tata Group remains a family-owned business, as the descendants of the founder (from the Tata family) own a majority stake in the company. The current chairman of the Tata group is Cyrus Pallonji Mistry, who took over from Ratan Tata in 2012.