Air Lease Corporation (ALC) has announced the delivery of one new Boeing 737-8 aircraft (VP-CIY) on long-term lease to Cayman Airways.  This aircraft, featuring LEAP-1B27 engines, is the third new 737-8 to deliver to Cayman Airways from ALC’s order book with Boeing. 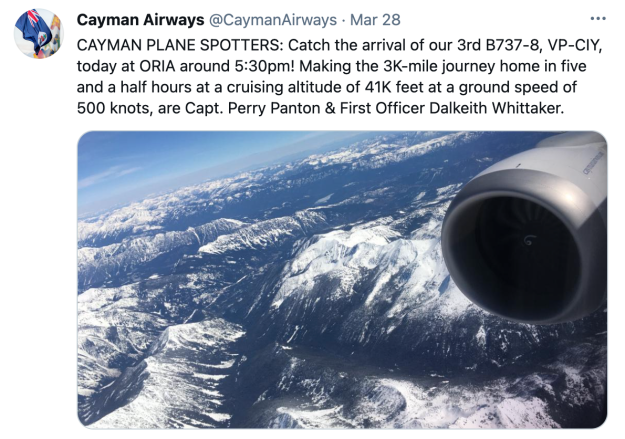 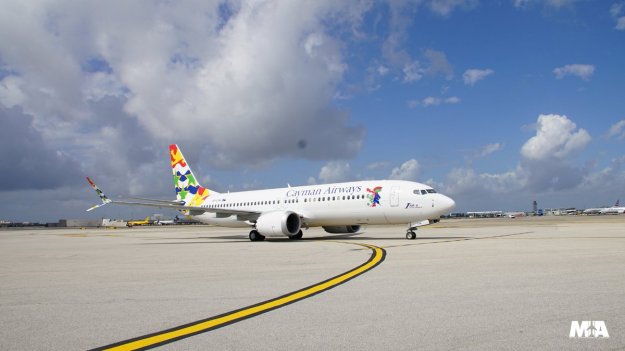 Cayman Airways has made this announcement:

Following the Cayman Islands Government’s (CIG) decision to temporarily close passenger air traffic in and out of Grand Cayman, and to limit domestic flights between Grand Cayman and the Sister Islands to help safeguard the Cayman Islands from the Coronavirus (COVID-19), Cayman Airways is in the process of making the necessary adjustments to its operations, and to assist customers with finalizing their travel needs.

For a period of three weeks, commencing at 11:59 pm on Sunday, March 22, 2020, all commercial passenger flights will cease inbound and outbound at Owen Roberts International Airport (ORIA) and at the Charles Kirkconnell International Airport (CKIA).  Prior to the halting of passenger flights, visitors to the Cayman Islands will not be allowed to enter the country as of 11:59 pm on Thursday March 19, 2020, except for visitors from the UK.

Additionally, as announced by CIG, as of 11:59pm on Sunday March 22, 2020, transportation between Grand Cayman and the Sister Islands will be restricted to Sister Island residents and essential persons only. Passengers not meeting this criteria should contact Cayman Airways right away to make the required adjustments to their travel itineraries. Cayman Airways will operate a revised domestic schedule during this time, to appropriately match the number of seats to the actual demand.

Cayman Airways is continuing to offer change-fee waivers for customers with existing tickets purchased prior to March 3, 2020. The airline will also be waiving fare differences providing the passenger remains in the same cabin as originally booked. Any passenger wishing to make changes to an existing ticket for either international or domestic travel may do so without being subject to the change fee, providing:

Travel can be rebooked within the validity of the original ticket. However, changes must be made on or before December 31, 2020. Fare difference will not apply providing there is no change in cabin. Any student returning to the Cayman Islands due to the closure of the educational institution they are attending abroad, regardless of the date of travel, will be eligible for a waiver.

At this time, commercial passenger flights are expected to resume at 11:59pm on April 12, 2020 per the GIG announcement. During this time, customers will still be able to book tickets for travel on scheduled Cayman Airways flights to and from the Cayman Islands after April 12, 2020, unless the CIG order changes. 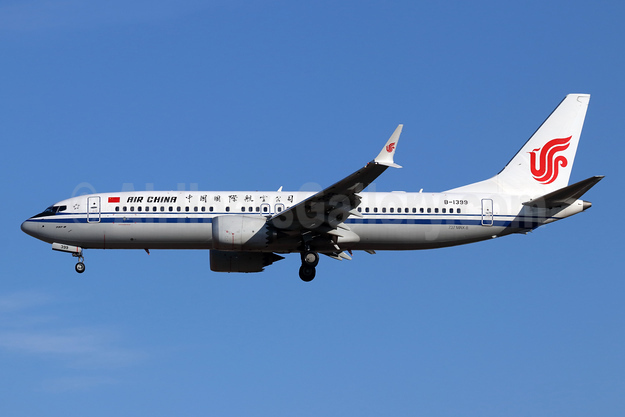 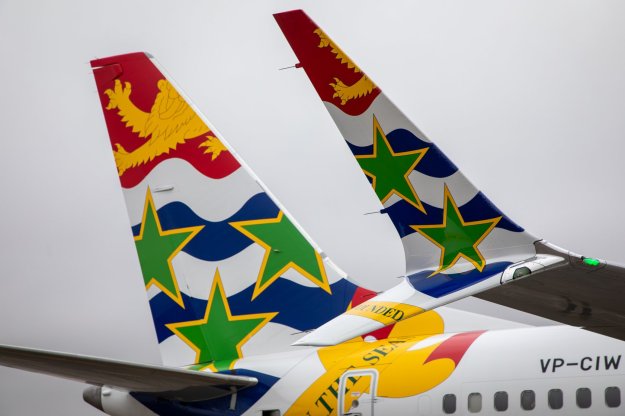 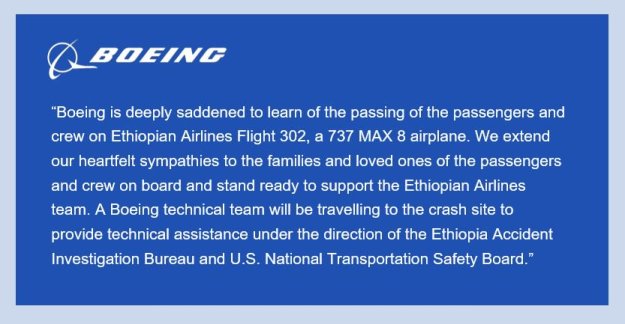 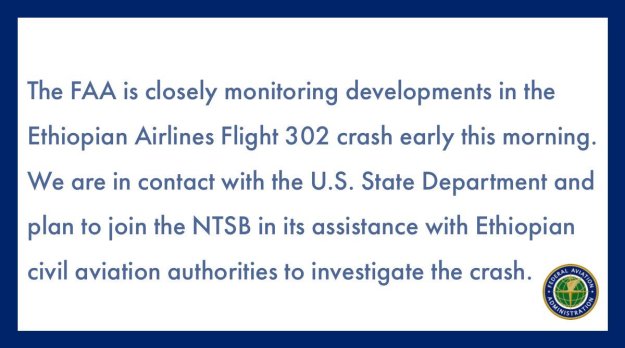 Cayman Airways took formal delivery of its new Boeing 737 MAX 8 aircraft from Air Lease Corporation (ALC) on November 28, 2018 at a ceremony in Seattle hosted by Boeing to mark the occasion.

“This year, as we celebrate 50 years of safe and reliable service, we take great pride in introducing the first Boeing 737-8 MAX 8 to our fleet,” said Fabian Whorms, President and CEO of Cayman Airways. “Over the next 20 months, we will be adding three additional MAX 8 aircraft while retiring our existing Boeing 737-300 jet fleet. Following a competitive public tendering process, the unique lease structure and terms offered to Cayman Airways by ALC, has afforded Cayman Airways the ability to be the first 737-8 MAX 8 operator based in the Caribbean, and we look forward to a strong working relationship with ALC.”

“In 2014, we purchased our 737-300s as the first step of our fleet modernization plan. That purchase was made with the expectation to retire those aircraft within 3-5 years and the aim of replacing them with a new fleet capable of cutting fuel consumption and maintenance costs, while offering greater opportunities for revenue growth and enhanced customer experience,” said Philip Rankin, Chairman of the Cayman Airways Board of Directors.

“In 2016, our business case demonstrated that the Boeing 737 MAX 8 was the preferred aircraft, but was expected to be out of reach financially. However, the unique terms and pricing of the successful proposal from ALC made these aircraft a logical replacement choice for our retiring Boeing 737-300s compared to any other available mission-suitable aircraft, be it new or used.”

As part of its fleet modernization plan, Cayman Airways is replacing its four 737-300 aircraft with the MAX 8, offering 30% more seating capacity while achieving up to 30% savings in fuel costs.  The airplane incorporates the latest technology CFM International LEAP-1B engines, Advanced Technology winglets, and other airframe enhancements to improve performance and reduce operating costs.

The new Boeing 737 MAX 8 is expected to arrive on Grand Cayman on November 30, 2018 around 4:30 pm, where there will also be a customary celebration for its arrival.

Boeing also made this announcement:

Boeing and Air Lease Corporation delivered the first 737 MAX 8 for Cayman Airways. The first 737 MAX to enter service in the Caribbean marks the beginning of the airline’s plans to modernize its fleet and expand its network.

Cayman Airways plans to take delivery of four MAX 8 airplanes to replace its fleet of 737 Classics.

Compared to the 737-300, the MAX 8 offers 30 percent greater seat capacity, and a more than 30 percent improvement in fuel efficiency per seat. The MAX achieves the higher levels of performance with the latest technology CFM International LEAP-1B engines, Advanced Technology winglets, and other airframe enhancements.

To prepare for their new 737 MAX, Cayman Airways will train pilots at Boeing Global Services’ Miami training campus. Under this agreement, Cayman will use Boeing simulators for its entire 737 fleet including 737 Classics and Next-Generation 737s.

The 737 MAX family is the fastest-selling airplane in Boeing history, accumulating about 4,800 orders from more than 100 customers worldwide. Boeing has delivered more than 200 737 MAX airplanes since May 2017. 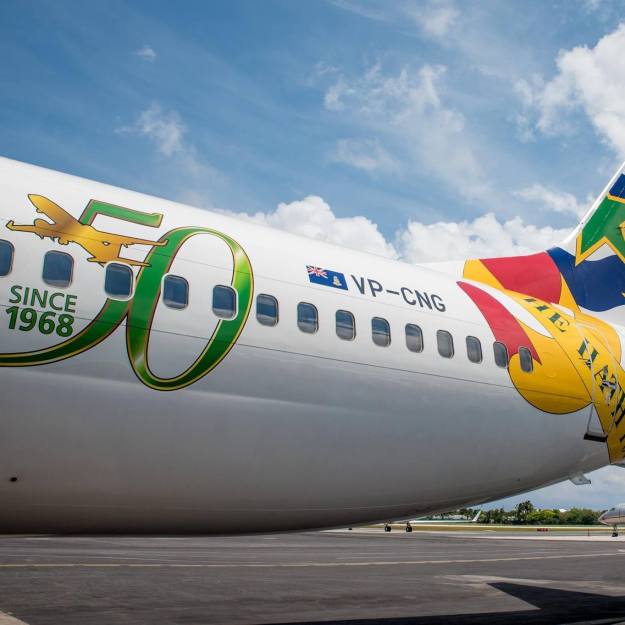 Cayman Airways Limited (CAL) today announced the addition of new seasonal nonstop flights between Grand Cayman and Denver, Colorado, starting on March 2, 2019. It will be the longest scheduled commercial flight the airline has ever operated, made possible by the upcoming arrival of the first of CAL’s four brand new Boeing 737 MAX 8 aircraft.

“Cayman Airways plays a key strategic role in providing airlift to the Cayman Islands and so we’re excited about the introduction of non-stop service between Grand Cayman and Denver, Colorado” said Minister for Tourism, the Hon. Moses Kirkconnell. “Denver is well known as a community of avid divers who will be thrilled by having the convenience and opportunity to dive in Cayman more often. We are especially pleased that the arrival of CAL’s first Boeing 737 Max 8 aircraft this November will help to support dive tourism due to the aircraft’s ability to serve long-range destinations.”

Colorado is home to the sixth-largest population of Scuba divers in the U.S., and is ranked as the fastest-growing state for Scuba divers since 2010, according to the Diving Equipment and Marketing Association, making Denver a natural addition to the Cayman Airways network for growing dive tourism for the Cayman Islands.

Chairman of the Board of Directors for Cayman Airways, Phillip Rankin, said: “The introduction of the Denver route is a milestone for Cayman Airways as the longest scheduled commercial flight we’ve ever operated in the airline’s 50-year history. It is just the first of many benefits our national airline will achieve for our country with the Fleet Modernization Plan that will see our National Airline boast having the newest jet fleet in the region, while being the first Boeing 737 Max 8 aircraft operator in the Caribbean.”

President and CEO of Cayman Airways, Fabian Whorms, commented: “The new Denver nonstop service will reduce the travel time to Cayman from typically between nine and eleven hours using multiple flights, to less than five hours aboard a direct flight on our brand new state-of-the-art Boeing 737 Max 8 aircraft with industry-leading comfort and legroom in both our Business and Economy cabins, combined with our renown Caymankind in-flight experience, which includes free Rum Punch. We look forward to welcoming new and returning visitors from the Mile High City with our special introductory roundtrip airfares starting from US$396 plus taxes.” 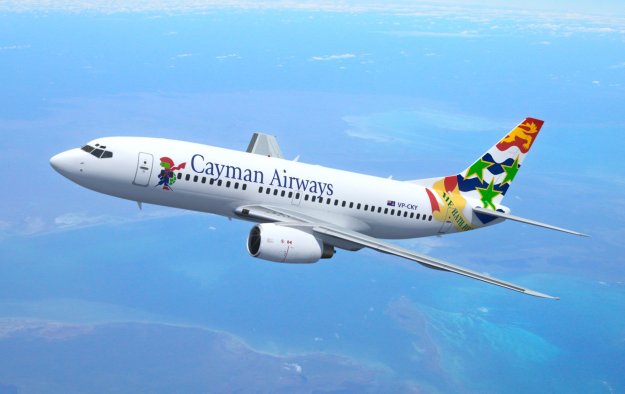 The city of Denver is also celebrating the new CAL route as the city’s first and only Caribbean-based airline to operate nonstop service there. According to officials at Denver International Airport (DEN), Denver currently ranks as the second-largest U.S. market without nonstop service to an island in the Caribbean, with demand reaching 650 passengers per day. Additionally, Denver is the largest U.S. market without nonstop service to Grand Cayman, with nearly 250 passengers a week traveling to this tropical destination. DEN officials said the travel demand between Denver and Grand Cayman is strong, recording more than 10 percent growth over the past year.

CEO of Denver International Airport (DEN), Kim Day, stated: “We are delighted to welcome our newest airline, Cayman Airways, to DEN, as they provide nonstop service to the Caribbean. This will be a great option for our large Scuba diving population as well as for Coloradoans just looking for a way to explore the Cayman Islands and relax on the beach.”

The new Cayman Airways Denver service will operate twice-weekly, on Wednesdays and Saturdays, throughout the peak travel periods of December through August.

All images by Cayman Airways.

Cayman Airways (Grand Cayman) will resume nonstop, year-round flights from Grand Cayman to Dallas/Fort Worth starting on April 10, 2013. The route will operate two days a week.

Bi-weekly flights will be scheduled Wednesdays and Saturdays for the following times:

Copyright Photo: Bruce Drum. Boeing 737-36E VP-CKW (msn 26322) arrives at Miami dressed in the 2007 livery based on coat of arms for the British Overseas Territory.

Cayman Airways (Grand Cayman) will add seasonal Grand Cayman-Panama City (Panama) service starting on May 31. The summer route will be operated with Boeing 737-300s twice a week according to Airline Route.