These results are more than two times better than the best operating profit achieved in the history of APL back in 2005.

“The airline is already prepared for a busy year ahead, with the addition of a Boeing 737-800 and a new Airbus A330-300 to its fleet, the launch of new routes (Nadi-Wellington) and increased frequencies to key destinations. It is also assessing a new long-haul route in Asia. Our guests can also look forward to further enhancements to our on-board offering, as well as further enhanced customer service at its airports and new Reservations Centre.”

In other news, Fiji Airways is planning to commence a new nonstop route linking Fiji with the  Solomon Islands, with Saturday only Nadi – Honiara flights with Boeing 737-700 aircraft from April 4 per Airline Route. The airline currently operates once-a-week flight on the Nadi – Port Vila – Honiara route on Tuesdays. 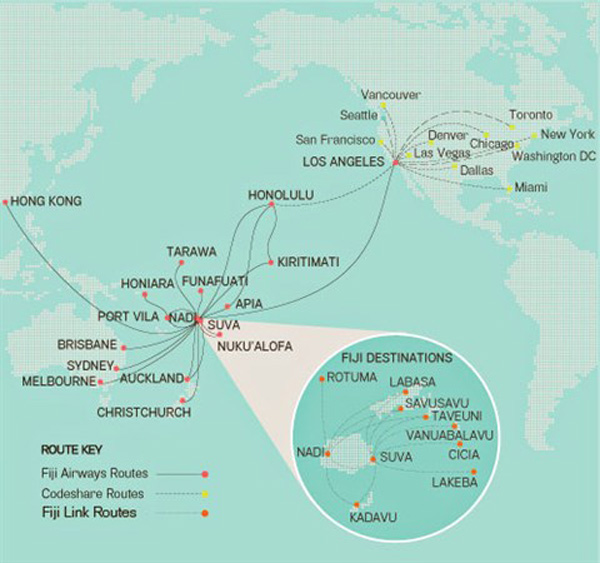 Fiji Airways Group (Fiji Airways and Fiji Link) (Suva, Fiji) reported its unaudited interim results for the first half of 2014, announcing a massive increase in operating profits compared with the corresponding period last year. The Group, legally known as Air Pacific Limited, comprises of Fiji Airways (Fiji’s National Airline), its subsidiary Fiji Link and a 38.75% stake in the Sofitel Fiji Resort & Spa on Denarau Island. The Group recorded an underlying operating profit of $17.2 million FJD ($9.3 million US) from January 1 to June 30, 2014.