flynas has made this announcement:

The Board of Directors of flynas, the Saudi air carrier and the leading low-cost airline in the Middle East, ratified the company’s strategic plan and approved raising the volume of its orders to 250 aircraft.

After reviewing the financial results for the year 2021, the Board praised the company’s remarkable success in quickly recovering from the repercussions of the Covid-19 pandemic and the efficiency of the executive management in managing the crisis restoring the pre-pandemic operating levels in record time.

After concluding these agreements, flynas will become the largest low-cost airline in the Middle East and North Africa (MENA) region. It will also be the largest owner and operator of modern aircraft in the region.

Almohanna indicated that the Board of flynas approved its international expansion within the new strategic plan and to explore the opening of new bases in several countries, which will serve as bases for flynas outside Saudi Arabia.

flynas connects more than 70 domestic and international destinations through its fleet of more than 35 aircraft, and it has transported more than 55 million passengers since its establishment in 2007.

Prague Airport made this announcement:

flynas, the Saudi national air carrier and the leading low-cost airline in the Middle East, has announced the launch of new direct flights from Saudi Arabia to Prague as of May 1, 2022.

Flynas will add seasonal service between Qassim and Sarajevo on May 25.

The seasonal route will operate three days a week according to EX-YU Aviation News. 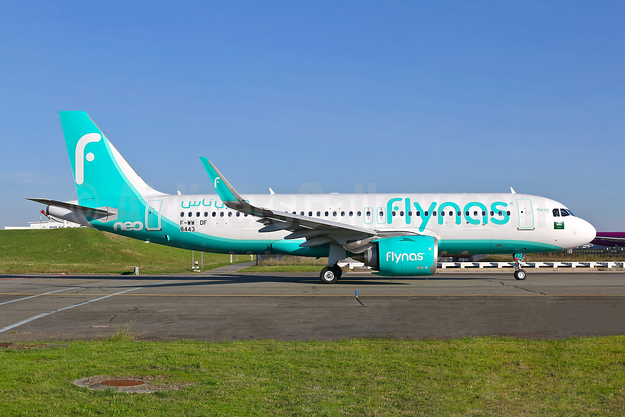 Flynas, Saudi Arabia’s first low-cost airline, has begun taking delivery of its first of 80 Airbus A320neo Family aircraft. This follows an agreement signed in January 2017, with deliveries scheduled to take place from 2018 to 2026.

Flynas is the first operator in Saudi Arabia to acquire the A320neo and currently operates a fleet of 30 A320ceos. The A320neo, powered by CFM LEAP-1A engines, will support Flynas’ expansion plans while providing greater operational efficiency and passenger comfort.

Saudi Arabia is the largest domestic aviation market in the Middle East. Since its inception in 2007, Flynas has set ambitious growth plans that continuously develop its fleet in order to carry more passengers. In 2017, the airline carried more than 6.4 million passengers and over 3 million passengers during the first half of 2018.

The A320neo Family is the world’s best-selling single aisle aircraft with over 6,200 orders from more than 100 customers since its launch in 2010. It incorporates latest technologies including new generation engines and Sharklet wing tip devices, which together deliver more than 15 percent in fuel savings from day one and 20 percent by 2020 with further cabin innovations. The A320neo also offers significant environmental performance with nearly a 50 percent reduction in noise footprint compared to previous generation aircraft.

Flynas (formerly Nasair) (stylized as flynas) (Jeddah) is expanding internationally to Europe and Asia with new Airbus A330s. The airline has issued this statement about its new planned Airbus A330 service to both London (Gatwick) (April 8) and Manchester (May 2):

Flynas, the Kingdom’s national carrier, concluded a successful UK tour to announce the launch of direct flights from Jeddah to London and Manchester, the first two European destinations to feature on its ambitious Global Flight Routes program.

The flights will operate three times a week to both the British capital and the northern city of Manchester, offering easy access to the entire country.

The announcements were made at two press conferences held in London and Manchester respectively.

Recently Flynas has made significant investments in enhancing its fleet by adding Airbus A330 aircraft and upgrading its in-flight offering to include a 12-seat Business Class Cabin and smarter onboard entertainment technologies which are perfectly in line with the expectations of cosmopolitan, regional and international customers.

All of Flynas’ international flights will operate out of its hub in Jeddah in the Kingdom of Saudi Arabia. The airline recently announced the launch of direct flights to Kuala Lumpur, Malaysia (starting on April 6) and Jakarta, Indonesia. Other destinations set to be rolled out as part of the program include Paris, France; Karachi, Pakistan and Casablanca, Morocco.

Nasair (subsidiary of National Air Services) (Riyadh, Saudi Arabia) has repainted this Airbus A320-200 with Sharklets in a new livery in Singapore. The new look rebrands the carrier as “Flynas” which trades on its website flynas.com URL address. The change was announced on November 13.