This week sees flypop bring our second aircraft into service for cargo operations.

Over the weekend our latest Airbus A330-300 (9H-PTP – operated by Hi Fly) flew into London Stansted Airport, flypop’s headquarters, where the team celebrated the airline’s growing fleet with a party.

flypop is now a revenue generating #airline and we look forward to continuing to grow our fleet of aircraft throughout 2022 for both cargo and passenger operations. 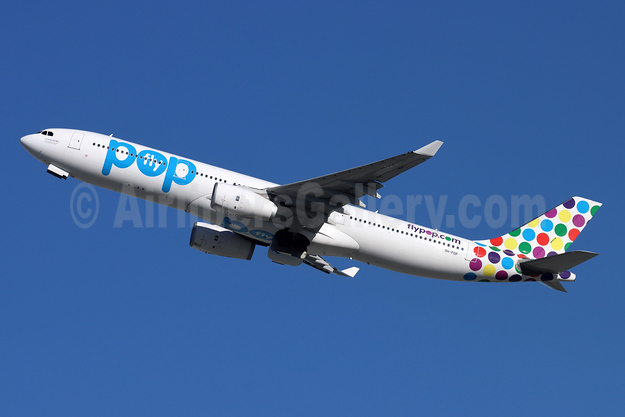 flypop has announced it is partnering with ACMI and wet-lease specialist Hi Fly to start a cargo service to India ahead of the planned launch of its passenger services.

Hi Fly is the largest wide-body aircraft wet lease specialist in the world, EASA and IOSA certified and FAA approved, with AOC’s in Portugal and Malta, and licensed to operate globally. The airline operates a large fleet of all Airbus aircraft, Airbus A320, A330 and A340.

flypop is focused on serving the Indian and South Asian diaspora communities living in the UK and their visiting friends and relatives. flypop believes the most effective way to start flying operations is with cargo until the frequency cap on UK-India flights is increased.

flypop plans to commence its first passenger services between London Stansted and India once the global pandemic situation becomes clearer. Several destinations on the Indian subcontinent are currently being considered including Amritsar, Hyderabad, Goa, Kolkata, Ahmedabad, Kochi and Chandigarh.

The new airline intends to operate low-fare flights from the UK to India.

Amritsar is ready to witness the revolution✌🏻

flypop is pleased to confirm that London Stansted Airport will be its first UK airport base.

The flypop team see strong long-term demand for direct flights between the UK (STN) and key ‘secondary cities’ of India.  London Stansted offers excellent connectivity, especially with its rail links into both London and the Midlands.

“During the pandemic we have been in talks with a number of UK airports and we can now confirm London Stansted as our first UK base. London Stansted Airport has a history of being the base for low-cost carriers and we feel it is the perfect fit for our passengers. flypop is focused on serving the Indian and South Asian diaspora communities living in the UK and their visiting friends and relatives, for whom London Stansted is the most convenient airport location.”

“We welcome the decision by flypop to select London Stansted as its first UK base and we look forward to working with the airline as it develops its route network plans in advance of the safe return of travel between the UK and India at the appropriate moment.”

flypop is currently in negotiations with a number of second city airports across India and will shortly be confirming its first Indian airport hubs.

Flypop is a new British long-haul airline. The upstart has announced it has signed a multiple aircraft Airbus A330-300 lease deal with Avolon.

To offer the most affordable direct non-stop flights to the preferred destination cities of our passengers.

It’s safer, it’s quicker and it’s more affordable. We operate a one class service, where everyone is treated with kindness and respect. We combine the best practices of British management with South East Asian hospitality.

Frustrated by the high cost and long flight times (no direct flights) involved in visiting family in Ludhiana India, Nino first explored the idea of an airline to serve India with non-stop low-cost flights way back in 2003. The air services agreement between the UK and India at the time made it impossible to obtain any flight slots at Heathrow or even to gain permission to fly to India’s second cities.

Fast-forward more than a decade and the changing social, economic and political conditions allowed for the project to be revived. A new air service agreement between the UK and India now allowed a certain number of flights per week to India’s second cities, and India had invested heavily in upgrading the airports of Amritsar and Ahmedabad to international standards. India’s rapidly growing economy had now established India as an economic power on the world stage.

After working closely with Tony Fernandes (Group CEO Air Asia) for 5 years at the Lotus F1 Team, Nino realized that the Air Asia X Low Cost Long Haul business model was ideally suited to flights from Europe to South Asia with a maximum flight time of 10 hours. For the nearly three million UK nationals of the Indian diaspora this now provided for the first time an affordable and convenient option for those who wanted to visit friend and relatives back “home”.