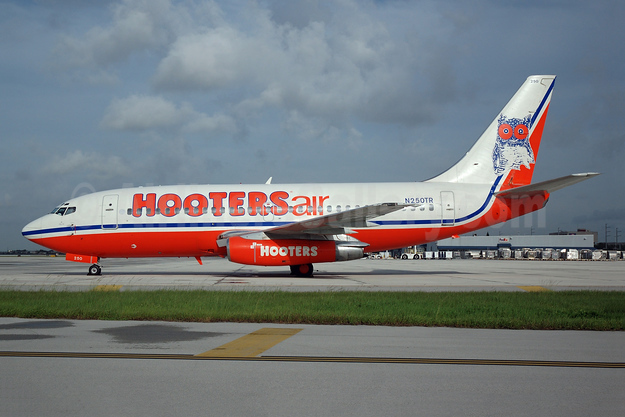 Introduction to the video:

Hooters Air launched in 2003, but closed about three years later. The company cited a number of reasons for the airline’s failure, including a $40 million loss. But in the short time that Hooters Air existed, it made a major economic impact on one city in particular — Myrtle Beach, South Carolina — that’s where the airline was headquartered, and where it brought thousands of tourists every week. We talked to people who worked for Hooters Air — flight attendants and one pilot (who asked to remain anonymous). They told us what it was really like to work for the airline (which featured two Hooters Girls on every flight) and dispelled some common misperceptions about what it was like to fly it. Hooters declined to comment for this story.