Comair and its low-fare subsidiary will be liquidated. The airline group was not able to find new investors.

One of the BRPs, Richard Ferguson, says with its two airline brands – British Airways (operated by Comair and kulula.com), market share, modern aircraft fleet, experienced employees, sales and distributions channels Comair was an inherently viable business. Unfortunately, though, despite their best efforts the BRPs had been unable to secure the capital required for the airline to recommence operations.

“We did our utmost to secure the funding, but when we were unable to do so had no option to lodge the application. It is an extremely sad day for the company, its employees, its customers and South African aviation.” After entering business rescue, Comair was able to start flying again when the Comair Rescue Consortium (CRC) invested R500m for a 99% share of the equity in the company at the time.

Although the amounts indicated by the business rescue plan were invested, the Company unfortunately faced unforeseen headwinds including three further COVID-related air travel lockdowns inter alia the “Red Listing” of South Africa by certain European countries, notably the United Kingdom, the suspension of the Company’s AOC in March 2022 by the regulator as well as significantly high fuel prices experienced in the past five months. Each of these events had a material negative impact on the business. The CRC were only able to finance the impact of these events up to a certain point.

The BRPs ongoing requests to the CRC to provide a plan to raise the further funding necessary to absorb the balance of these and other future potential economic shocks were not successful. In the circumstances, the BRPs approached other lenders to raise the funding required. Regrettably when this funding could not be secured before the existing funding was exhausted, scheduled flight operations were suspended on 31 May 2022.

Comair’s BRPs continued the process to secure additional funding from other sources but despite several parties expressing interest, they were unable to secure sufficient substantive commitment.

Ferguson said that the company’s employees and customers who held bookings or were owed refunds will now become creditors of the Company.

Comair has announced that regrettably it is obliged to suspend all British Airways (operated by Comair) and kulula.com flights from Tuesday evening, May 31, 2022 pending successfully securing additional funding.

The company’s business rescue practitioners (BRPs) have advised that the process to raise the necessary capital is in progress and that there is reason to believe such funding may be secured. Once received, the airline will be able to recommence operations, but regrettably under these circumstances, the practitioners have no choice but to voluntarily suspend all scheduled flights until the funding is confirmed.

British Airways (operated by Comair) and kulula.com ticket sales have also been suspended with immediate effect. 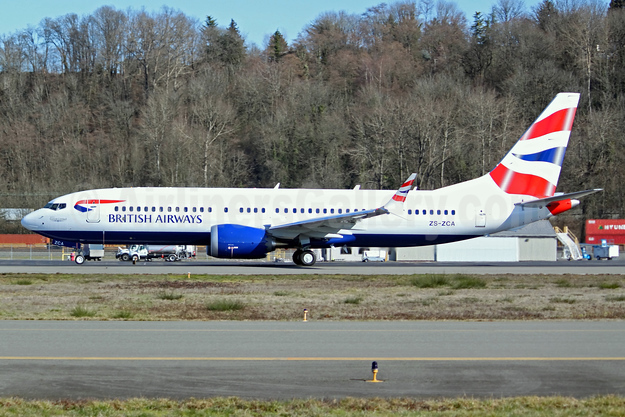 Comair is unable to confirm when it will start flying again as the South African Civil Aviation Authority (SACAA) has indefinitely suspended its operating license until such time as the SACAA has had time to review and satisfy themselves that the items are closed.

This is despite the airline working through the night to provide documentation the SACAA had requested following a review of certain policies, systems and procedures.

Comair was advised of a 24-hours suspension to its license on the morning of 12 March. That afternoon the CAA requested additional information, which Comair provided overnight and into the early morning of 13 March 2022.

“This is a huge blow to our customers, employees and the flying public as it effectively takes 40% of the capacity out of the market. The implications for the aviation sector and the country are considerable should the suspension continue for any length of time.”

He says the airline is continuing to engage the SACAA in a bid to get the suspension lifted but has been forced to cancel flights indefinitely as it cannot say when this may be.

“Our priority now is to assist passengers who have been stranded. We have chartered two aircraft to assist vulnerable passengers and those who most urgently need to travel.”

Customers will be kept informed via SMS. 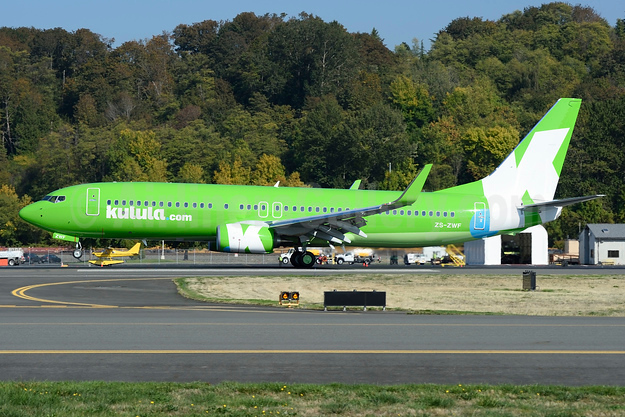 Comair Limited has been grounded for 24 hours by Civil Aviation Authority. This affects British Airways franchise flights and Kulula flights.

Three of the Comair’s aircraft were involved in mid-air emergencies in the last month.

Comair regrets that our flights have been suspended by the CAA for 24 hours. This will affect both British Airways (operated by Comair) as well as https://t.co/cK3xAJazYb.

Comair is temporarily suspending all scheduled kulula.com and British Airways (operated by Comair) flights for three weeks. This follows the President’s announcement of a move to an adjusted Level 4 lockdown and the prohibition on all non-essential travel in and out of Gauteng.

Flights will be suspended from Monday, July 5, 2021 and Comair aims to recommence services from July 30 subject to regulations being eased and Covid-19 infection rates, particularly in Gauteng, being contained.

Comair CEO, Glenn Orsmond, apologized to customers affected by the suspension.“This was a difficult decision, but we believe under the circumstances is the right course of action for our loyal customers and employees.” Comair business rescue practitioner, Richard Ferguson, described the temporary suspension as a “bold, brave and responsible step in light of the prohibition on leisure travel to and from Gauteng, very little business travel and no connecting traffic from international carriers.”

KLM Royal Dutch Airlines and the South African airline kulula.com today announced that they have signed a codeshare agreement to expand both airlines’ network.

The new agreement will offer both KLM and kulula.com’ customers more destinations and more options to choose from starting May 29. KLM will add a KL code to kulula.com’s domestic route network, enabling KLM’s passengers from around the world connecting in Johannesburg and Cape Town to continue with a single ticket issue and a one-stop check-in and baggage transfer to:

From Kulula on social media:

Kulula has started a #faceonaplane contest as we previously reported. The contest is moving ahead.

The airline is asking for people to submit their mug shots. There will be six winners:

Have a familiar face? We’ve got a plane for it.
Picture it now: 6 faces on 6 planes and a pair of return tickets for each winner, we’ll also be giving away 5 random return tickets so you can also take to the skies.

Here are the rules:

You’re not just a pretty face, are you? Do you have a face that reaches for the skies? And when you come face-to-face with fame, are you ready to enter the game?

Well fame is staring you straight in the face. kulula.com is calling on all the poker faces, funny faces, fresh faces, long faces and those who simply just want to be in your face to enter the Travel Hater, Face on a Plane competition. The competition will have you facing off with other pretty faces from Monday today to win a once in a lifetime opportunity to have your face on a kulula plane.

So, don’t cut off your nose to spite your face. Go online and enter now to be one of the six lucky famous faces who will get their face on one of our kulula planes.

As part of your entry you will see a preview of just how fabulously crazy your face will look on the side of one of our plane’s and you will have a chance to share the video with your friends to challenge them to a face on a plane face-off.

But first you need to face the facts:

Let’s face it, you are not just another pretty face. So, enter and come face-to-face with fame.

We want your face on the side of our plane, I mean who wouldn’t?

All images by Kulula.