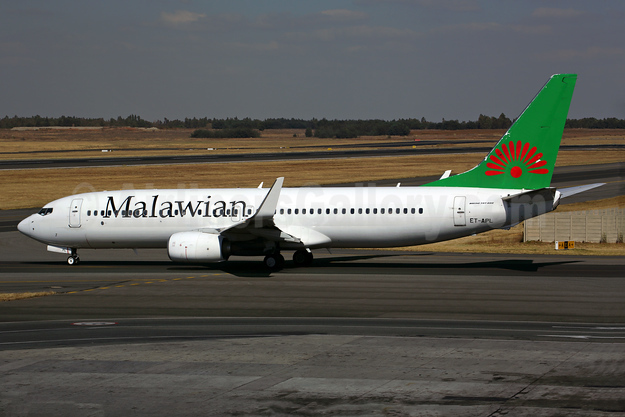 According to The Nation, the carrier is facing liquidation:

“The board of directors of the struggling Malawi Airlines Limited has recommended an “orderly winding up” of the company, saying the airline is technically insolvent.

The resolution to dissolve the company was duly passed on March 25, 2021 by the board in accordance with the memorandum or by-laws and articles of incorporation of the company.”

Unless the two owners inject more capital, the airline is likely to be shut down and liquidated.

Malawi Airlines Limited is the national flag carrier of Malawi. It is a registered partnership company with shareholding between Malawi Government (51%) and Ethiopian Airlines (49%). Malawi Airlines operates Boeing 737-700 and Bombardier Q400 aircraft leased from Ethiopian Airlines with direct flights to regional cities of Johannesburg, Lusaka, Harare and Dar es Salaam, besides domestic flights between Lilongwe and Blantyre.

The airline started its operations on January 31, 2014 with domestic flights between Blantyre and Lilongwe. International flights were launched in February 2013 with the Harare route (February 3, 2014) and later Johannesburg route (February 17, 2014), and Dar es Salaam being added on February 18, 2014. On March 29, 2017 Malawi Airlines commenced flights to Nairobi in Kenya.

The domestic route was extended internationally to Harare, Zimbabwe on February 3 with ET-AQB.

Founded in July 2013, Malawian Airlines is a public-private partnership between the Government of Malawi, Ethiopian Airlines and Malawian institutional and individual investors.

Ethiopian Airlines is pleased to announce that its strategic partner for the southern Africa region, Malawian Airlines, has launched its first international flight to Johannesburg on February 17, 2014.

Malawian will operate daily from Lilongwe to Johannesburg, with a stopover in Blantyre, with a brand new Boeing 737-800 with Sky Interior and a 154 seat capacity configured in two classes, Business and Economy.

As part of its strategy to set up multiple hubs in Africa in line with its 15 year strategic roadmap, Vision 2025, Ethiopian has partnered with the Malawian Government and private interests in the country to establish Malawian Airlines in Lilongwe. Ethiopian has 49% equity stake as well as the technical and management contract for the new airline. Lilongwe is now the 3rd hub of Ethiopian for Southern Africa region, after Lomé, which has been serving for the last 4 years as a hub for the West African region thru a partnership with ASKY Airlines.