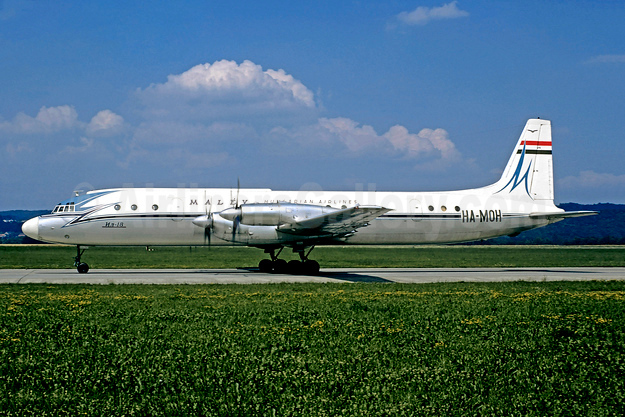 MALEV Hungarian Airlines (Budapest) after almost 66 years of flying will not be taking off today with passengers. The airline shut down at 6 a.m. (0600) this morning as it ran out of money.

“Based on the Board of Directors’ decision Hungary’s National Airline ceased its operation to minimize its losses. According to this statement, after nearly 66 years of continuous operation, Malév aircrafts will not depart from 6 am February 3, 2012.

Unfortunately, the event occurred which we had a greatest fear of and we wanted to avoid with might and main. Although, until the latter days there were prospects to continue operation and the trust of our passengers is unbroken, our partners lost their trust due to the information published in the last days and they started to ask for payment of their services in advance. This speeded up the cash outflow and the situation of the airline became untenable. It is also known that the owner, despite the best intentions, is unable to provide additional financial resources to operate after the EU decision. Considering all these the Board decided to order the cease of operation of the Hungary’s National Airline. We apologize to all of our passengers.” – announced CEO Loránt Limburger.

The Call Centre informs the Airline’s passengers about the way how they can get to their destinations and the possibilities of compensation.

According to the government regulation which entered into force on January 31, 2012, assistance can be provided to those passengers who purchased their valid tickets before Malév cease and whose travel dates are on the suspension day or on the following three calendar days. In addition, to those who already travelled to their destination on the suspension day or before and posses valid return tickets on Malév flights on a date not later than February 29, 2012. Those who are entitled are going to have assistance from Malév by rerouting their tickets to other flights or other modes of transportation.”

Middle Copyright Photo: Christian Volpati. Please click on the photo for information on this historic photo.

Bottom Copyright Photo: Viktor Laszio. The crew of Boeing 767-306 ER HA-LHC (msn 28884) performed a special salute to Hungary on St. Stephan’s Day on August 20, 2007 by performing this unique low altitude flight over the Danube River over Buda and Pest.

Video of the low fly-by at Budapest:

Route Map: The Budapest market will now be underserved. Who will move in to fill this void?

MALEV Hungarian Airlines (Budapest) is out of money and has appealed to the government of Hungary for support. However due to recent European Commission rulings, state aid is very limited and this could be the end of the state carrier.

The Chairman of the Board, Dr. János Berényi, has requested the airline management to draw up a liquidation plan.

The airline has issued the following statement:

“During the January 30 meeting of the Board of Directors, Chief Executive Officer of Malév Lóránt Limburger informed the Board that despite the continually improving commercial results the financing of activities had become unviable and was unresolved from the end of January. At the same time, talks with ILFC on Friday had proved successful after agreement was reached that the American leasing corporation would continue to make the aircraft available for continuous operations.

In the interest of ensuring continuous operations, Chairman of the Board of Directors Dr. János Berényi requested Malév management to draw up – by the end of the week – a liquidity plan for the immediate future.

After discussing the Malév report the Board of Directors approached the owners with a request to do everything possible to resolve the situation, even though the Board recognized that due to the EU Commission ruling reached in January concluding that financing provided between 2007 and 2010 was unlawful state support, which further burdens the company’s heritage, the room for manoeuvre of the government is extremely limited.”

Meanwhile the government cabinet has declared the flag carrier to be a company of “strategic importance”, meaning that creditors cannot start the liquidation process.

Vueling Airlines (Barcelona) is interested in acquiring MALEV Hungarian Airlines (Budapest) according to a report by business weekly Figyelo. According to the article, Vueling has concluded negotiations with the National Development Ministry. A business plan will be presented to the Vueling board of directors next month.

Read the full report by the BBJ: CLICK HERE

Malev Hungarian Airlines (Budapest) is facing a new financial crisis. Today the European Commission (EC) of the European Union (EU) ruled the 2007-2010 government loans were illegal and must be repaid. The Hungarian government is now scrambling to save the national carrier and will discuss the issue on January 16.

The airline has issued the following statement:

“The EU decision, which qualifies Hungarian state aid given to the airline between 2007-2010 as contrary to EU regulations, does not mean that Malév faces an immediate payment liability. The EU ruling does not affect the daily functioning of Malév, its flights continue to operate according to schedule, the company continues to pay its suppliers in compliance with contractual conditions and it provides normal services to its partners. The resources necessary for this have been supplied by the company’s owner.

Malév continues to carry its customers on scheduled flights as normal. The Hungarian government has informed Malév management and the general public that it remains committed to maintaining the national carrier. Accordingly, Malév management and all staff members are carrying out their work as usual, and they are working on sustaining into 2012 the improvements in results recorded in the past few months.

Malév has forecast significantly improved operational results in 2012, justification for which is based on the financial results posted in the last quarter of 2011. The airline is showing outstanding performance indicators even when compared with its competitors: it achieved a load factor of 78% in the final month of last year, and in Q4 2011 it boosted revenue by HUF 7 billion compared with the same period of 2010.

Dr. János Berényi
Chairman of the Malév Board of Directors”

MALEV Hungarian Airlines’ (Budapest) is looking increasingly bleaker. According to this published report by Portfolio.hu, the government of Hungary may allow the national carrier to go bust and fade into aviation history as it explores setting up a new national carrier that will not be weighted down by the lasting debts of MALEV.

Copyright Photo: Andi Hiltl. Please click on the photo for the history of the airline.

The flag carrier was founded on March 29, 1946, when the Hungarian-Soviet Civil Air Transport Joint Stock Company (Magyar-Szovjet Légiforgalmi Rt. also known as Maszovlet) was formed. The initial fleet consisted of 21-seat Li-2 passenger aircraft (the Soviet-licensed DC-3) and 3-seat Po-2 for mail delivery. In 1950, MALEV’s operating base moved from Budaörs to the newly opened airport at Ferihegy, where it has remained.

On November 25, 1956, Hungary acquired all the Soviet shares of Maszovlet and the state airline was born.

MALEV Hungarian Airlines (Budapest) is coming under a formal European Commission investigation concerning alleged state aid to the flag carrier by the government of Hungary.

MALEV Hungarian Airlines (Budapest) has received a $26 million loan from the Hungarian government in order to pay for aircraft leases and remain airborne.

MALEV Hungarian Airlines (Budapest) has released the contest finalists for a promotional Hungarian livery for Bombardier DHC-8-402 (Q400) HA-LQD (msn 4063). HA-LQD was delivered on June 2, 2009. Here is your chance to vote on a design you like.