The first Airbus A330-200P2F (EI-MYY) was delivered to Aerotransportes Mas de Carga (MasAir) on lease from Altavair, making it the first airline from North and South America to fly the A330-200P2F freighter.

The delivery has also unveiled a new livery and logo for the airline.

Elbe Flugzeugwerke GmbH (EFW) has announced the re-delivery of its first Airbus A330 Passenger-to-Freighter (P2F) converted aircraft to Altavair L.P., a global leader in commercial aviation finance and leasing providing the cargo community with valuable assets.

The re-delivered freighter is the kick-off of a series of freighter conversions that EFW is carrying out for new customer, Altavair, based on the proven and technologically advanced Airbus A330 platform. Altavair has on order several A330P2F comprising both the A330-200P2F range variant and the A330-300P2F volume variant. 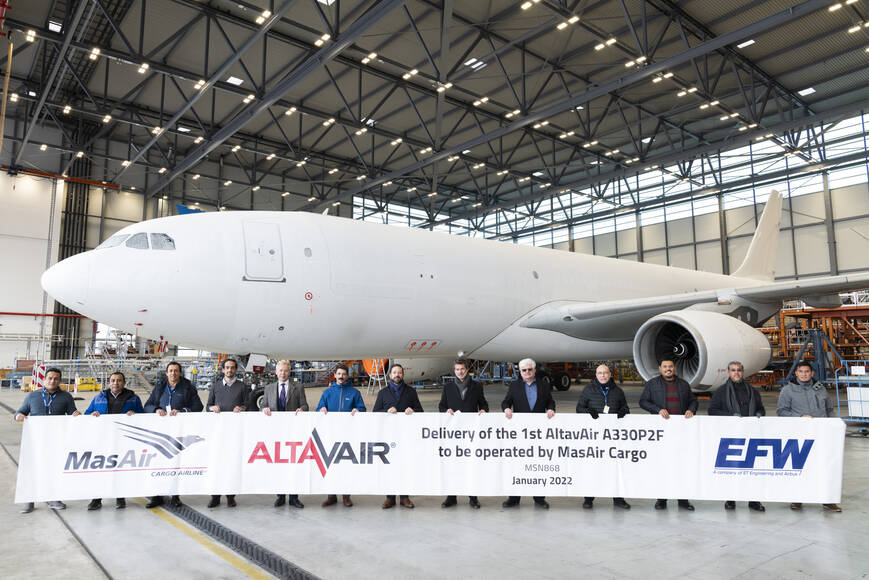 EFW’s first re-redelivery to Altavair is the A330-200P2F variant, which offers a gross payload of up to 61 tons and a range of up to 4,200 nautical miles. At lower cost-per-ton compared to other available freighter aircraft types in this size segment, the A330-200P2F will help enable the operator, MasAir Cargo, to expand into new markets and fly longer routes. MasAir Cargo is taking advantage of the aircraft family concept to build up a new Airbus freighter fleet with the A330-200P2F and A330-300P2F, becoming the first airline in the Americas to operate the Airbus widebody P2F, and the first in the world to operate the two Airbus A330P2F variants. 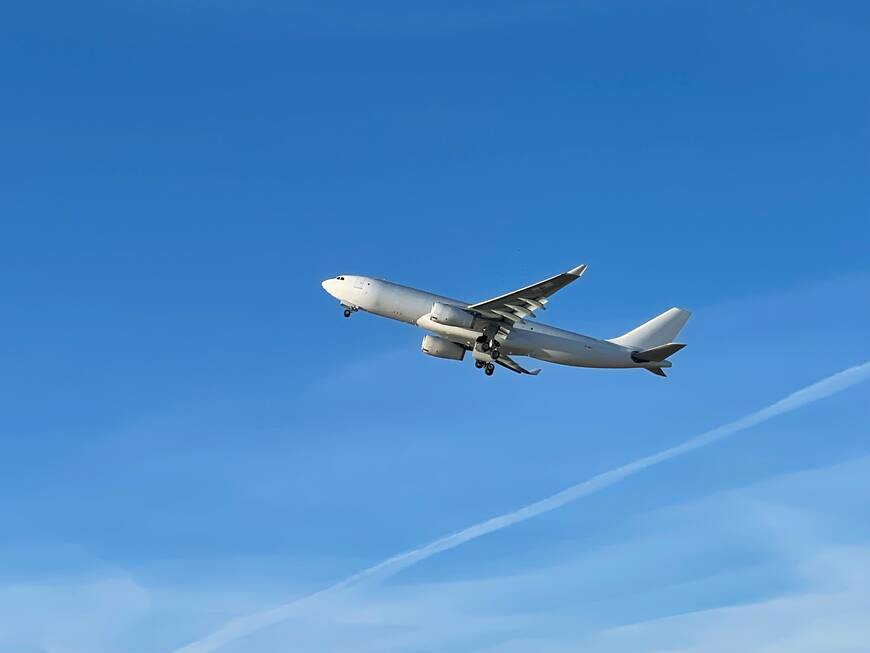 Like the latest conversion programs A321P2F and A320P2F, the A330P2F is program a collaboration between ST Engineering, Airbus and EFW, which is leading each overall program as well as marketing & sales efforts. To meet the rising demand for freighter conversions, ST Engineering and EFW will set up new conversion sites in China and the U.S. this year and ramp up total conversion capacity for all their Airbus P2F program to about 60 slots per year by 2024.

Elbe Flugzeugwerke GmbH (EFW), a subsidiary of ST Engineering and Airbus combines various aviation and technology activities under a single roof: development and manufacturing of fibre-reinforced composite components for aircraft structures and interiors of the entire Airbus family, the conversion of passenger aircraft into freighter configuration, maintenance and repair of Airbus aircraft as well as engineering services in the context of certification and approval. The company has a workforce of about 1,900 employees, achieved revenues of approximately €250 million in 2020 and is on a sustainable course of growth. With over 20 years of experience and more than 40 conversion customers worldwide, thereof the largest Express carriers in North America and Europe but also renowned General Freight and Combination Carriers, EFW is the Centre of Excellence for freighter conversions and driving the development of the Airbus freighter family.

Altavair L.P. is an asset servicer focusing on the acquisition of new and used commercial aircraft for leasing to domestic and international passenger airlines and cargo operators. Since its inception in 2003, Altavair has completed over $9 billion in commercial aircraft lease transactions with over 60 airline customers in 28 countries representing over 250 individual Boeing and Airbus aircraft. Altavair maintains offices in Seattle, London, Dublin and Singapore.

Aerotransportes Mas de Carga,SA de CV (dba MasAir Cargo Airline) is a Mexico City based cargo airline, operating  freighter aircraft since 1992. Since 2001, MasAir has been a Boeing 767-300Fs operator. An IATA member, MasAir holds IOSA, ISAGO, TCO-EASA, and IATA CEIV Pharma, certifications. Since December 2018 MasAir has launched an ambitious expansion plan under a new ownership structure and management, with Discovery Americas -a leading Mexican Private Equity Fund- as majority shareholder. MasAir has a scheduled and charter network that spans along the Americas and is now expanding its new ACMI division with additional freighter aircraft. 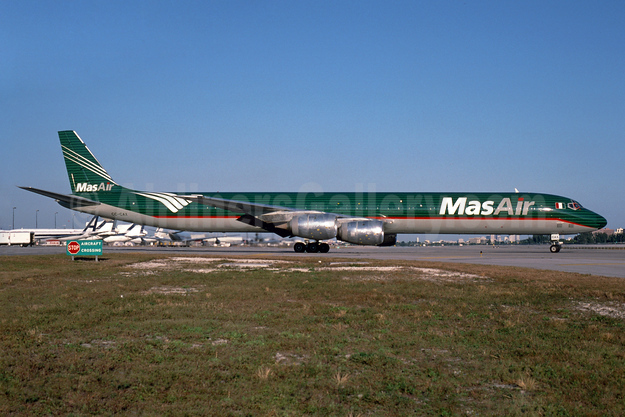