ASL Airlines Belgium (ASLB) has announced that the airline has entered into an agreement for two Boeing 747-400F freighters with Nippon Cargo Airlines (NCA). The airlines will utilize the aircraft in a mutually beneficial relationship. 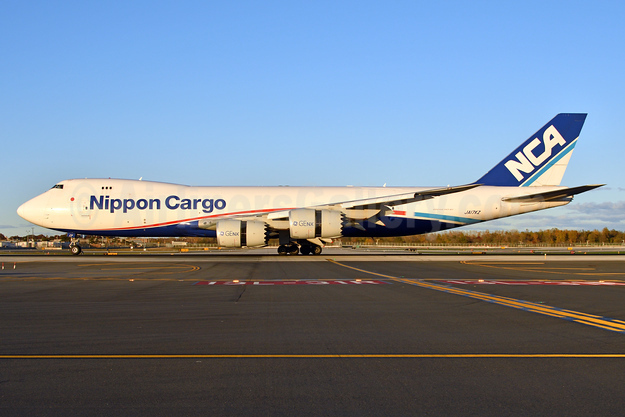 The rest of the aircraft operation will resume in sequence as soon as the aircraft safety is confirmed and the preparation for flight is completed.

We sincerely apologize for the inconvenience and concern that we caused our customers. We will do our utmost effort to check safety for resuming operation as quickly as possible.

Nippon Cargo Airlines will temporary suspend all aircraft operations as we found one inappropriate maintenance record concerning the lubricating oil supply to the aircraft parts (for JA14KZ) (above) at Narita airport on April 3, 2018.

In an abundance of caution and to ensure the safety of our operation, we decided to temporarily ground all aircraft until all maintenance records have been confirmed appropriate. (Flight stops starting from Narita airport departure flight on June 16, 2018 Japan time)

Details are under investigation, and we expect at least about one week to confirm the aircraft safety.

We sincerely apologize for the inconvenience and worries we caused our customers. We will do our utmost effort to check safety for resuming operation as quickly as possible. 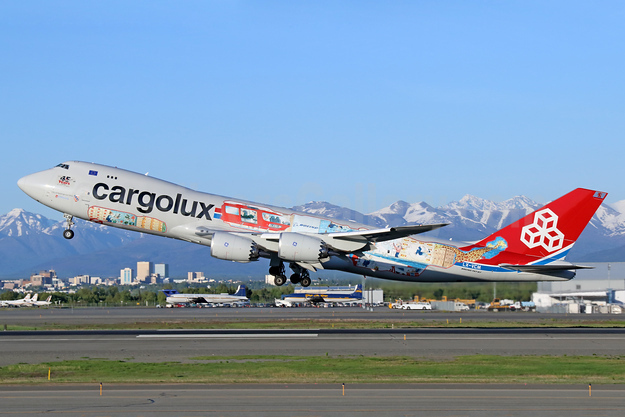 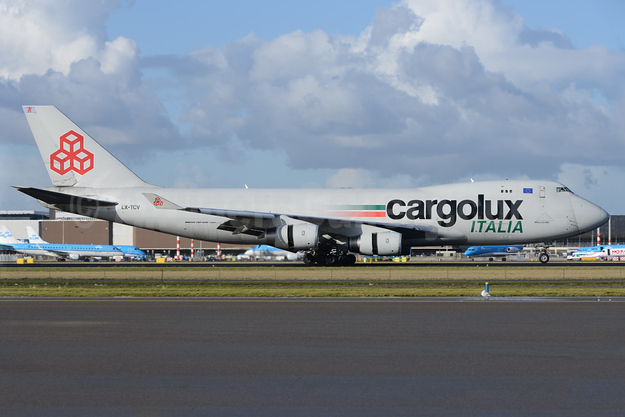 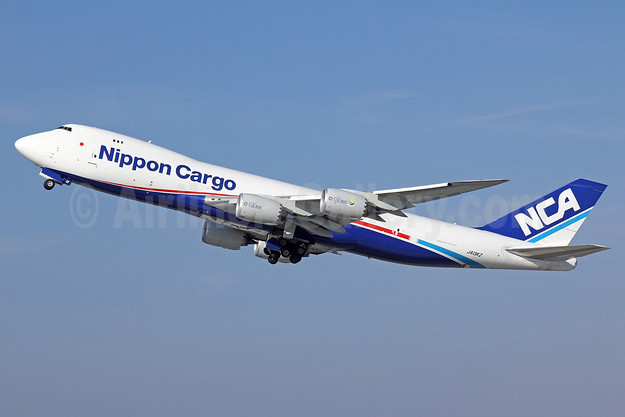 Nippon Cargo Airlines-NCA (Tokyo-Narita) has taken delivery of its first new Boeing 747-8F Freighter, marking the Japanese debut for the 747-8F. The new airplane is NCA’s first 747-8F Freighter on order with Boeing.

The environmentally focused Nippon Cargo Airlines will also undertake its first biofuel flight with this milestone 747-8F Freighter delivery. The new airplane will become the first 747-8F to use a blend of environmentally progressive biofuels (jet kerosene and used cooking oil) to fly across the Pacific Ocean.

Nippon Cargo Airlines, one of the launch customers for the 747-8F Freighter in 2005 and also part of a team that helped develop the aircraft, plans to begin revenue service with its new 747-8 Freighter by mid-August on Asia and North American routes.

The 747-8F Freighter will provide double-digit improvements in fuel burn, operating costs and lower emissions over the 747-400F Freighter. The 747-8F Freighter also provides 16 percent more revenue-generating cargo volume and boasts a significantly improved environmental performance. Per tonne-kilometer, its carbon dioxide emissions are 16 percent lower than those of the 747-400F Freighter. It also reduced its noise footprint by more than 30 percent.

Nippon Cargo Airlines-NCA (Tokyo-Narita) has introduced this new livery with the first new Boeing 747-800 freighters. The cargo airline has 15 copies on order.

NCA-Nippon Cargo Airlines (Tokyo) is the first Japanese airline company to adopt an innovative new paint system, developed by Mankiewicz Gebr. and Company of Germany.  The company will operate an “NCA Green Freighter” with its nose painted in two shades of green.

The improved paint, which incorporates new ingredients, covers the base material of the fuselage with thin layers of paint, effectively reducing the weight of the fuselage by around 45kg per aircraft. This reduction in weight will cut the amount of fuel consumed by about 42 drums per year.

The new paint is also weather-resistant, making it less vulnerable to rain and exposure to ultra violet rays, which cause degradation in color and gloss, while there is less paint stripping than with existing paint systems. This will extend the working life of the aircraft’s paint. It also reduces the amount of cleaning agent to be used and the polluted water that is discharged as it requires less frequent washing. The new paint system has a number of positive effects that help preserve the environment.