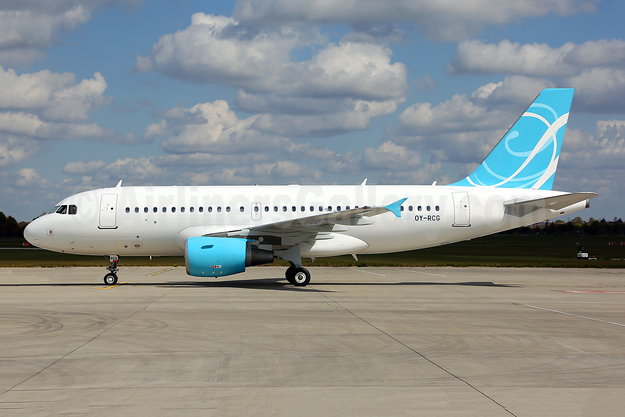 Canarian Airways’ first aircraft, the pictured ex-Atlantic Airways Airbus A319-115 OY-RCG (msn 5079), has been painted at Southend, albeit minus titles (for now). Presumably titles will be added later. The airframe will become EC-NMO on delivery.

The tail logo has been altered from the original concept drawing below.

As previously reported, Canarian is planning to commence operations in late June with this single Airbus A319 from Tenerife Sur Airport.

The new airline is planning to fly to European destinations such as Madrid, Barcelona, Bilbao, Glasgow, Cardiff and Berlin.

The new airline is owned by the Spring Hotels Group and is working with One Airways. One Airways will operate the aircraft.