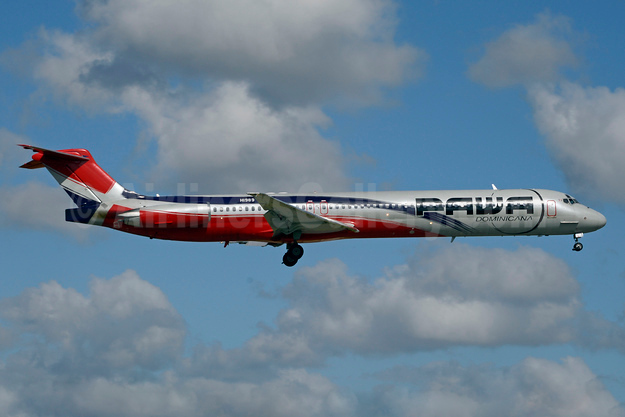 PAWA Dominicana (Santo Domingo) lost its ability to fly on January 28, 2018. The Junta de Aviación Civil – JAC announced it was revoking the country’s version of the Air Operators Certificate (AOC) for 90 days due to its financial situation.

This suspension of the AOC stranded a lot of passengers. The Dominican government has been chartering other aircraft to fly out the stranded passengers.

The airline issued this statement (translated from Spanish):

PAWA Dominicana informs all its passengers that the operations of our airline are suspended pending the disposition of the Dominican authorities.

We invite our passengers not to show up at the PAWA Dominicana counters at the airports, as they are kept closed. We continue working together with these authorities seeking a solution to this situation and we regret the inconvenience this causes to thousands of passengers.

PAWA Dominicana will be reimbursing airline tickets to affected passengers in the coming weeks, after which they process their request.

PAWA Dominicana (Santo Domingo) started stranding passengers at Santo Domingo (it was selling tickets but not operating the flights to Aruba and Curacao) on January 20. The carrier has now suspended all operations and owes money to the SDQ airport authorities.

Today is a part of the Group SERVAIR.

PAWA Dominicana (Pan Am World Airways Dominicana) (Santo Domingo) is getting ready to introduced a new fleet of McDonnell Douglas DC-9-82s (MD-82s). The first, this former American Airlines DC-9-82 N450AA (msn 49476), has been painted at Opa-locka (near Miami) in this new color scheme for the island carrier.

The airline was created as a subsidiary airline of the owners of the last Pan Am (4th).