On behalf of Primera Air team, we would like to thank you for your loyalty. On this sad day we are saying Goodbye to all of you.

Tour Operator passengers are kindly suggested to address their Tour Operators and Agents for further information and actions.

Kindly understand that the usual options for contacts (via email or phone) can not be offered any longer. 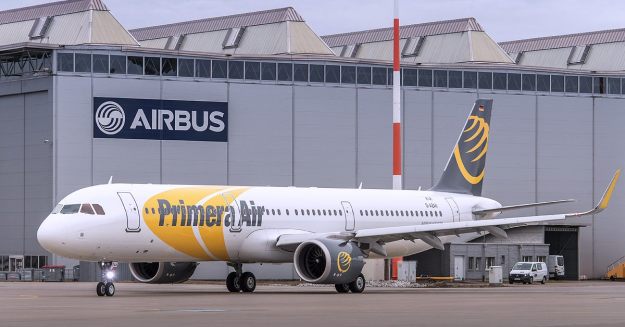 The growing airline had big plans for transatlantic low-cost flights.

The airline is filing for bankruptcy after it was unable to reach an agreement with its bank for this aggressive expansion. Operations will cease tonight at midnight.

Primera Air has announced next summer it will be starting nonstop flights from Madrid to Newark, Boston and Toronto:

The new Madrid routes will be flown with new Boeing 737-9 MAX 9 aircraft according to Airline Route. 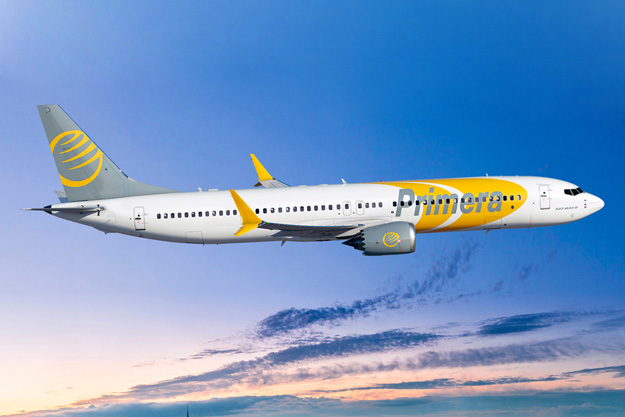 Primera Air has announced a new North American-European gateway: Frankfurt for next summer.

From New York, Primera Air will be flying to these major cities in Europe next summer:

The carrier will start Boeing 737-9 MAX 9 service from FRA to:

All images by Primera Air.

Flights to New York (JFK), Boston and Toronto will start in June 2019.

All flights will be operated with the new Boeing 737-9 MAX 9 aircraft.

Primera Air is planning to add three new trans-Atlantic routes from Brussels. The carrier will launch the following routes for the summer 2019 season:

According to Airline Route, the new routes will be operated with new 189-seat Boeing 737-9 MAX 9 aircraft.

The 737 MAX 9 will form the backbone of the low-cost airline’s future for flights between Europe and North America. Primera Air plans to use the MAX 9’s auxiliary fuel tanks to lower trip costs and maximize the range to accommodate flights connecting Europe to the east coast of the U.S.

The aircraft, the pictured A321-251N WL OY-PAA (msn 8145), which was assembled in Hamburg, is the first of three A321neos to be leased from GECAS in 2018. Primera Air will also lease a further five A321neos from other lessors, including two A321LRs, growing its fleet to eight aircraft in 2018.

The aircraft, powered by CFM International LEAP-1A engines features a two-class layout with 16 premium and 182 economy seats. The aircraft was selected by Primera Air for its outstanding operational efficiency, comfort and range. The aircraft will be deployed in the United Kingdom and France on transatlantic destinations to North America.

The A321 is the largest member of the A320 Family, seating up to 240 passengers, depending on cabin configuration. Incorporating the latest engines, aerodynamic advances and cabin innovations, the A321neo offers a reduction in fuel consumption of at least 15 percent per seat from day one and 20 percent by 2020.

Primera Air is a low-fare Nordic airline that offers scheduled flights from Europe to more than 70 destinations across the Mediterranean, Middle East, Asia, Caribbean and North America. Originally founded in Iceland in 2004 as a charter provider, Primera Air has grown to become a fully scheduled LCC that now carries over one million passengers each year. Initially, Primera Air operated charter flights for major Scandinavian tour operators with its main hubs in Denmark and Sweden, but gradually it has moved towards scheduled services. Today, Primera Air operates mid and long-haul flights from its bases in Scandinavia, UK and France.

Nordic long-haul low-fare airline Primera Air has received the first Airbus A321neo in a special delivery event in Hamburg on April 16. The aircraft has already made its first flights from Hamburg to Copenhagen and Billund before leaving to the UK where it soon will start operations to New York, Boston and Toronto.

Primera Air president Andri Már Ingólfsson: “We are witnessing changes in aviation as long-haul flights are becoming more available to everyone. This change is brought by the new narrow body aircraft as A321neo and we are proud to operate it on our transatlantic flights.” This is the first of three A321neos to be leased from GECAS in 2018. Primera Air will also lease a further five A321neos from other lessors, including two A321LRs, growing its fleet to eight aircrafts in 2018. Primera Air will be the launch operator of A321LR, which is a modification of A321neo with even more extended flight range.

The aircraft is powered by CFM Leap-1A engines that allows to reach flight range of 4,000 nm. A321neo will have a two class layout with 16 premium and 182 economy seats. Meanwhile, the A321LR will be delivered later this year and recently it already had its maiden flight.  According to Airbus it will set a new flight record for single-aisle twin jets of 4,750 nm.

As previously announced, Primera Air is opening new bases in Birmingham (BHX), London Stansted (STN) and Paris Charles de Gaulle (CDG) to commence flights to New York, Boston, Washington DC and Toronto this spring, along with new routes from UK to Málaga, Palma de Mallorca, Alicante, Barcelona and Chania. Within the next two years Primera Air plans to increase its presence on current bases and to add new transatlantic routes and bases as it has 20 new Boeing MAX 9 ER on order. 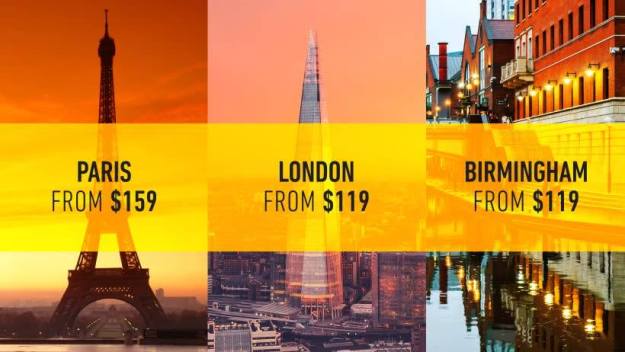 Primera Air is planning to wet lease Boeing 757 aircraft from Thomas Cook for the new routes due to delivery delays of the new Airbus A321neo aircraft. 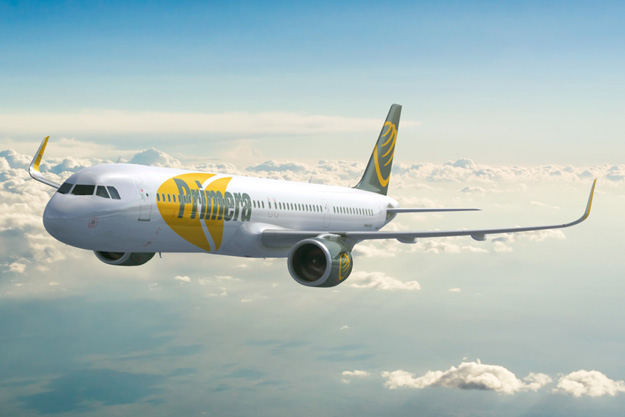 Primera Air is opening a new base in Malaga (AGP) and will operate winter flights to Birmingham and Manchester.

The Nordic airline is also opening new winter routes from London Stansted to Tenerife and Alicante as well as new routes from Birmingham to Alicante, Tenerife, Las Palmas and Keflavik (Reykjavik).

In addition, Primera Air is extending its Birmingham – Newark and Birmingham – Toronto flight schedule through November.

Within the next two years Primera Air plans to increase its presence at its current bases and to add new transatlantic routes and bases as it has 20 new Boeing 737-9 MAX 9s on order. 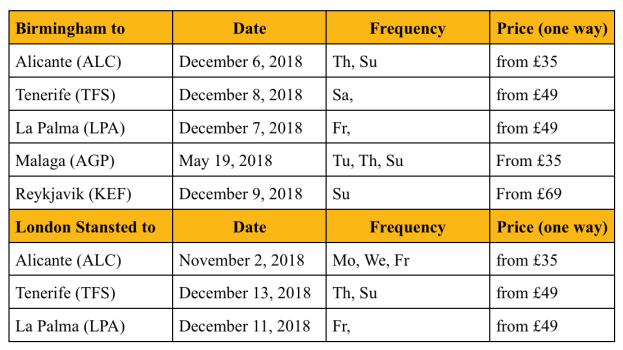 2017 was a record year for Primera Air – the airline has carried more than 1 million passengers with a total number of 1,017,657. Direct sales on the website have grown a staggering 125.8% and the Company’s revenue has increased by 13.7% compared to 2016. All figures have been reached with a consistent load factor of 85%.

In the next two years, Primera Air plans to increase its presence at its current bases and to add new transatlantic routes and bases, as the airline has 20 new Boeing 737-9 MAX 9s on order (above).

Primera Air is a scheduled carrier serving flights to more than 70 destinations in Europe. The airline is based in Denmark and Latvia and is part of the Primera Travel Group, which includes travel agencies and tour operators in Sweden, Denmark, Norway, Finland, Iceland and Estonia. 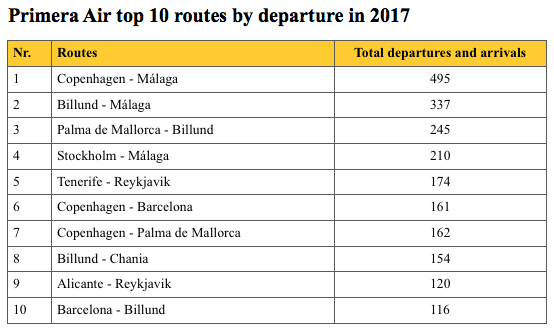